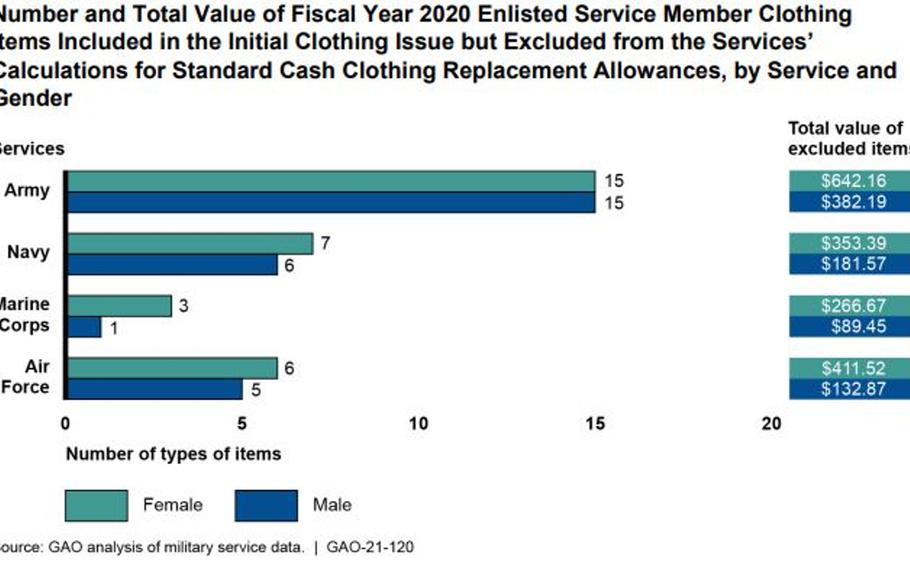 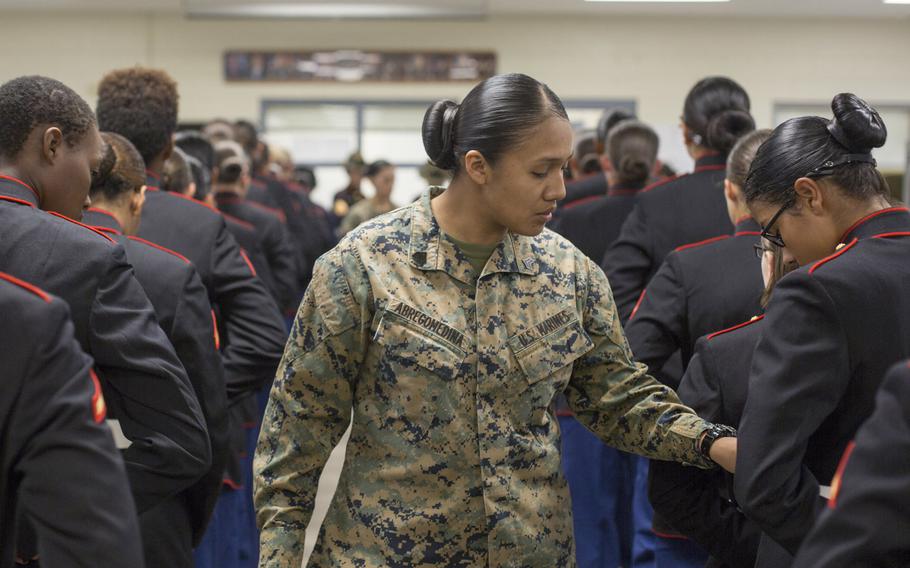 Female active-duty service members have significantly higher out-of-pocket costs for uniform items than their male counterparts and are more often affected by expensive uniform changes, a congressional watchdog agency said in a report released this week.

The hardest hit are female Marines, who pay nearly 10 times more uniform expenses out of their own pockets than males do over a 20-year career, said the report released Thursday by the Government Accountability Office. That equates to thousands of dollars, it said.

For example, when the manufacturer of the dress and service hats worn by female Marines told the service they were halting production, the Corps opted for a new, gender-neutral cap — but only women had to buy it, the report said.

Next year, the Marines will require women to replace the blue service dress coat with one that looks similar to what male Marines wear, the GAO said. The new women's dress coats cost about $380, $100 more than the coats they're replacing.

In the Army, female enlisted soldiers pay nearly double what enlisted men pay for out-of-pocket uniform items; in the Navy, it's around three times as much, and female airmen pay $1,627 over 20 years while their male counterparts usually enjoy a surplus of around $2,000, it said.

The GAO also found that reimbursements paid to female service members for uniform items were lower than what their male counterparts received. In the Air Force, for instance, men were reimbursed for around 91% of costs, compared with just 76% for women.

“This report shows that both enlisted women and female officers are required to spend many times more than men on their uniforms — which is at odds with the Department of Defense’s principle of equal pay for equal work,” Congresswoman Julia Brownley, D-Calif., said in a statement.

Brownley, who chairs the House Committee on Veterans’ Affairs’ task force for women veterans pledged to craft “legislation to rectify the concerns laid out in this report.”

Defense Department officials said they will work with the services to fix the issues outlined in the report. One recommendation made by the GAO was for the Pentagon and the services to hold periodic reviews of clothing replacement allowances to address out-of-pocket cost differences and ensure consistency across the services and by gender.