About a quarter of all USS Michael Murphy sailors have tested positive for coronavirus, report says 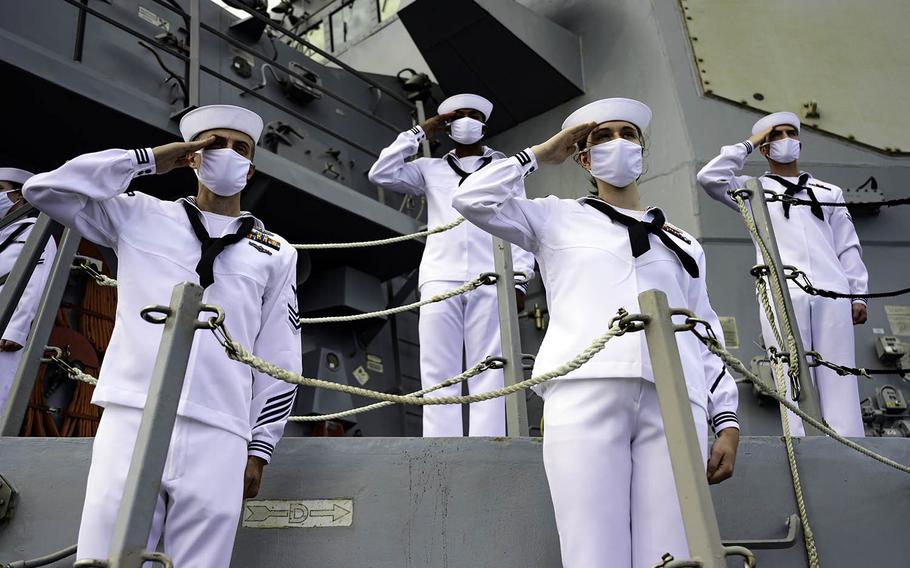 The guided-missile destroyer has been in port at Pearl Harbor, Hawaii, since before the outbreak and is now being cleaned, according to the report. Members of the 300-person crew who tested positive have moved ashore; none have been hospitalized.

The Michael Murphy’s crew had been undergoing the basic phase of training after finishing a maintenance period. Unnamed Navy officials told NBC News that “the ship and its crew can make up the time” lost to the outbreak “before the end of the year.

“Some of the training events are conducted out at sea, but the ship has not been able to leave port since the Covid outbreak,” the report said, referring to the respiratory disease caused by the coronavirus.

Many Navy ships have reported sailors contracting the coronavirus, but the Navy has acknowledged only one other with such a high infection rate, the aircraft carrier USS Theodore Roosevelt.

Nearly 27% of the carrier’s 5,000-person crew tested positive during the outbreak in March, according to updated data in a report in the New England Journal of Medicine published Nov. 11.

Of the 1,271 Theodore Roosevelt sailors who tested positive, nearly 77% showed no symptoms at the time they were tested and 45% experienced no symptoms at any point during their illness, according to the report. About 2% were hospitalized, 0.3% were placed in intensive care and one sailor died.

Pacific Fleet and Surface Forces Pacific did not respond Friday to emailed requests from Stars and Stripes for comment.