AAFES no longer selling Playboy and other magazines 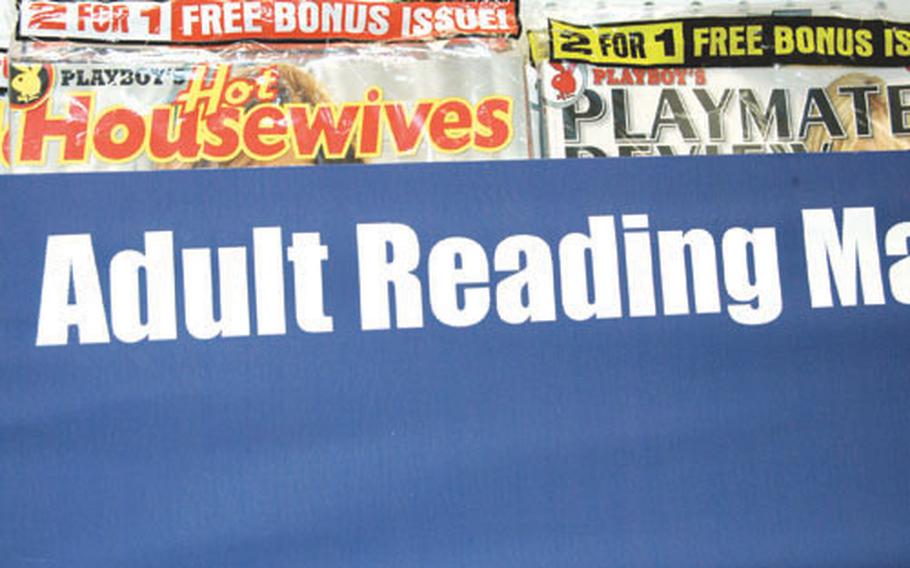 Adult reading materials on display at an AAFES shoppette on Yokota Air Base, Japan. The Army and Air Force Exchange Service has stopped selling Playboy and some other adult magazines, the Defense Department announced July 30, 2013. (S&S file photo)

The internet has done what socially conservative politicians failed to do — get Playboy magazine withdrawn from military exchange stores. But the decision came down to money, not morals, with a total of 891 publications getting dropped.

The Army and Air Force Exchange Service has stopped selling Playboy and some other adult magazines, according to a Department of Defense statement Tuesday. They had remained on shelves even after legislators tried to remove them from AAFES stores, citing a rise in violent, sexual crimes.

One such bill, introduced in 2008 by U.S. Rep. Paul Broun, R-Ga., challenged the DoD ruling that such adult magazines are not pornographic by lowering the threshold of what is deemed sexually explicit.

Customers’ interest in buying print magazines has declined in favor of digital media over the course of several years, with overall magazine sales dropping 18.3 percent from 2011 to 2012 and 86 percent since 1998, according to the statement.

AAFES will remove 891 magazines from its shelves, including Playboy, The Saturday Evening Post and SpongeBob Comics, due to a lack of interest in print media, according to the DOD release.