A look back at Gates under two presidents 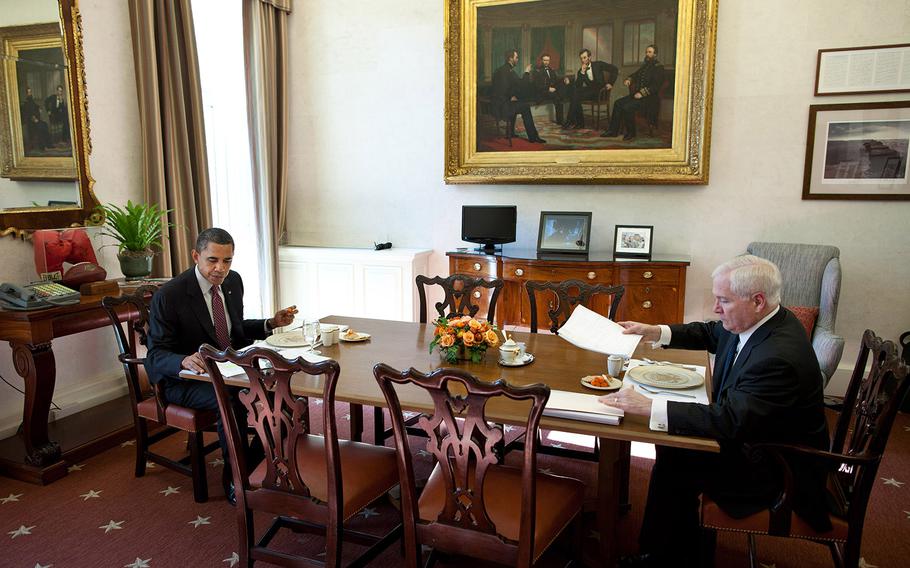 During his tenure as Secretary of Defense under two presidents, Robert Gates upheld an aura of commitment to duty and non-partisanship. But as his new memoir reveals, it was often a tried and forced veneer. As our reporter Leo Shane describes it today: He’s not worried about that public persona anymore. Here's a look back at Gates' in the spotlight from his confirmation hearing in 2006, to his last days in office in 2011.