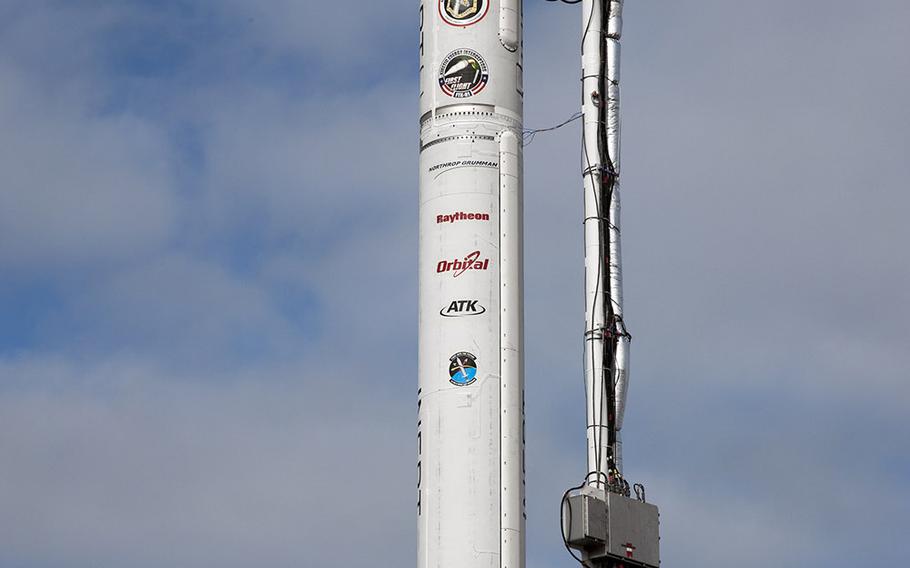 A Kinetic Energy Interceptor booster vehicle on the launch pad at Vandenberg Air Force Base, Calif., in 2009. (U.S. Air Force)

A Kinetic Energy Interceptor booster vehicle on the launch pad at Vandenberg Air Force Base, Calif., in 2009. (U.S. Air Force) 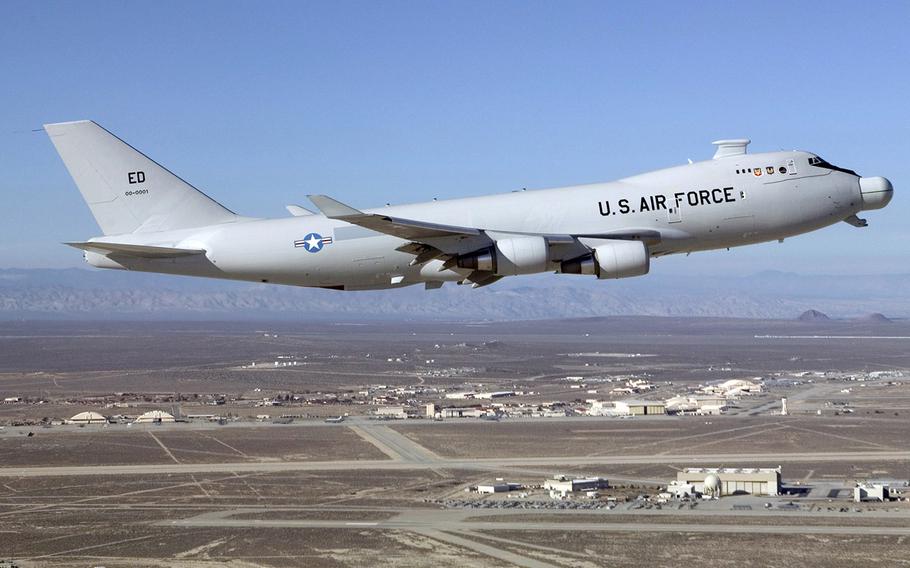 The Airborne Laser on a test flight over the Mojave Desert in July, 2009. (DOD)

Over the last decade, the Missile Defense Agency has sunk nearly $10 billion into four programs that had to be killed or sidelined after they proved unworkable, The Los Angeles Times found. Here's a look at those programs:

Multiple Kill VehicleThe concept: A “bandolier” of eight to 20 miniature interceptors that would destroy missiles and decoys.

Problems: The technical challenge of creating and launching tiny “kill vehicles” that could find and destroy far heavier warheads in space proved insurmountable. Among many other obstacles, existing ground-based rockets would have had to be retrofitted or replaced. The concept never reached the stage where a test flight could be conducted.

Airborne LaserThe concept: A fleet of Boeing 747s, each modified to fire an infrared chemical laser through a 5-foot-long telescope in its nose. The laser would incinerate enemy missiles shortly after launch, before they could release decoys that might fool U.S. radar.

Early optimism: “We are building forces of good to defeat the force of evil. And in that vein today we are taking a major step to give the American people their first ‘Light Saber.’” — Henry A. Obering III, then-director of the U.S. Missile Defense Agency, Oct. 27, 2006.

Problems: Because of the laser’s limited range, each 747 would have had to fly near or within an adversary's borders, leaving it vulnerable to antiaircraft missiles. To operate at a safer distance, the laser would have had to be 20 to 30 times more powerful. And the laser's potassium hydroxide and hydrogen peroxide fuel posed severe safety risks to the crew.

Disappointment: “I don’t know anybody at the Department of Defense … who thinks that this program should, or would, ever be operationally deployed.” — Robert M. Gates, then-secretary of Defense, May 20, 2009.

Kinetic Energy InterceptorThe concept: The fastest U.S. rocket-interceptor, to be fired from land or Navy ships at enemy missiles during their early “boost” phase.

Problems: Extending 40 feet, the KEI would have been longer than anything ever launched from a modern Navy ship. To carry it, Navy vessels would have had to be retrofitted at a cost of billions of dollars. And the interceptor’s range was too limited to allow it to be land-based. It would have had to be positioned so close to its target that it would be vulnerable to attack.

Disappointment: “No matter how successful tests might one day have been, the system would have had negligible utility.” — National Academy of Sciences review panel, Dec. 31, 2012.

Early optimism: “It is the most powerful radar of its kind in the world and will provide ... a highly advanced detection and discrimination capability.” — Henry A. Obering III, then-director of the U.S. Missile Defense Agency, May 10, 2006.

Problems: The radar’s field of vision is so narrow that it could not reliably track a sequence of incoming missiles. Its sensitive instrumentation is prone to corrosion at sea, and it needs millions of dollars in fuel to operate for even short periods.

Disappointment: "Just how this was going to fit into the [missile defense] system — I don’t think anybody paid much attention to that.… SBX was designed for a mission other than that required.” — Radar specialist David K. Barton.

Status: Downgraded to “limited test support status.” It sat idle in Pearl Harbor, Hawaii, for more than eight months in 2013.