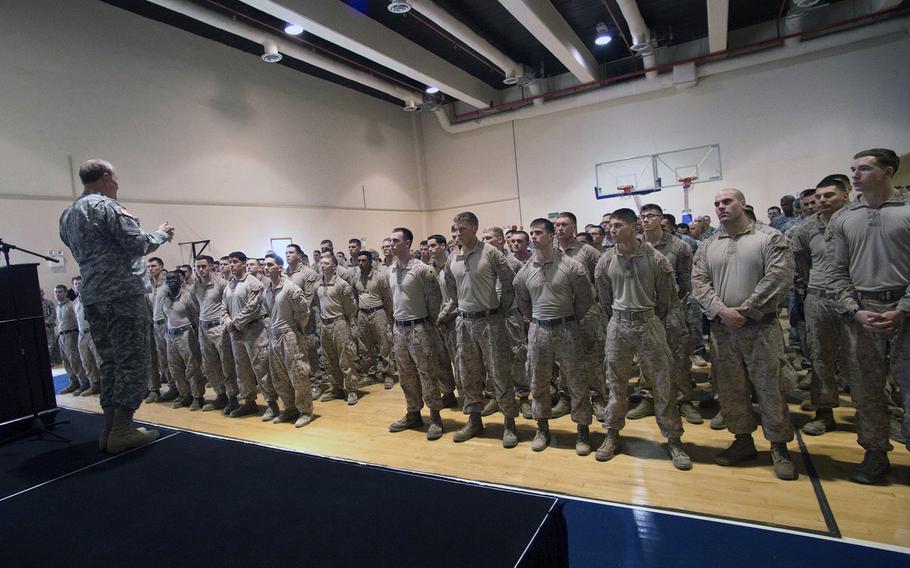 WASHINGTON — Paratroopers from the 82nd Airborne Division will soon head to Iraq to participate in Operation Inherent Resolve, the Pentagon announced Monday.

About 250 soldiers from the division’s 505th Parachute Infantry Regiment — based at Fort Bragg, N.C. — will begin to deploy later this month.

Their assignment will be “to conduct security operations in support of the mission to protect U.S. personnel and facilities,” Defense Department spokesman Col. Steve Warren told reporters.

The deployment is scheduled to last nine months.

There are approximately 1,550 American troops in Iraq. About 800 of those have been assigned to protect U.S. diplomatic facilities and other installations. The 250 paratroopers will relieve servicemembers who are currently stationed there, Warren said.

Defense officials declined to say specifically where in Iraq the members of the 82nd Airborne will be going.

The U.S. has a military presence at the U.S. Embassy in Baghdad, the Baghdad International Airport, and joint operations centers in Baghdad and Irbil in the Kurdish north. Some special operations forces are also in Anbar province preparing for a train and equip effort with the Iraqi security forces.

Last month, President Barack Obama authorized an additional 1,500 troops to deploy to Iraq. The Pentagon has said that some of those troops will be training and advising the Iraqi army and Kurdish peshmerga, and the rest will provide force protection.

But those additional forces have not started to flow to Iraq because Congress has yet to fund the $1.6 billion train and equip mission, Warren said.

“I don’t expect any of them to move until they write the check,” he told reporters. “That’s not necessarily locked in stone. But as of now that’s our position.”