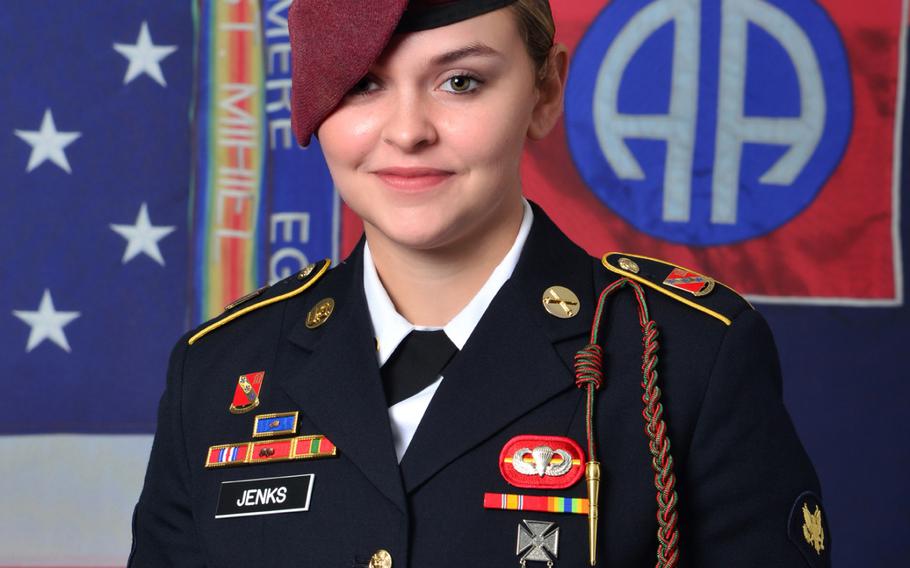 “Spc. Abigail Jenks was a creative, hardworking, and confident paratrooper,” said Army Capt. Brian Norman, commander of Jenks’ artillery battery. “Her love for art, animals, and her friends reverberated wherever she worked, [and] her compassion for fellow paratroopers will be truly missed.”

Army officials did not provide further information about the fatal incident. A Safety Investigation Team from the U.S. Army Combat Readiness Center at Fort Rucker, Ala., arrived Tuesday to lead a probe into Jenks’ death, officials said. During a static-line jump, the parachute release is attached to the inside of the aircraft via a cord, which should open the parachute automatically once the jumper exits the aircraft.

Jenks enlisted in the Army in October 2018 and had been assigned to Fort Bragg since June 2019 after competing artillery training at Fort Sill, Okla., and airborne training at Fort Benning, Ga. The Army said Wednesday that she would be posthumously awarded the Meritorious Service Medal.

She was serving in one of the most demanding jobs in the artillery field, responsible for directing cannon fire from forward positions often alongside infantry or armor units. The field only opened to women in 2016 when the Pentagon opened all military jobs to female troops.

Her Army commanders said Jenks had excelled in the field.

“Spc. Jenks was a dedicated paratrooper, gifted forward observer, loyal friend, and talented artist who consistently made a tremendous impact on all around her,” said Lt. Col. Christopher Walsh, who commands Jenks’ battalion. “She will be dearly missed.”