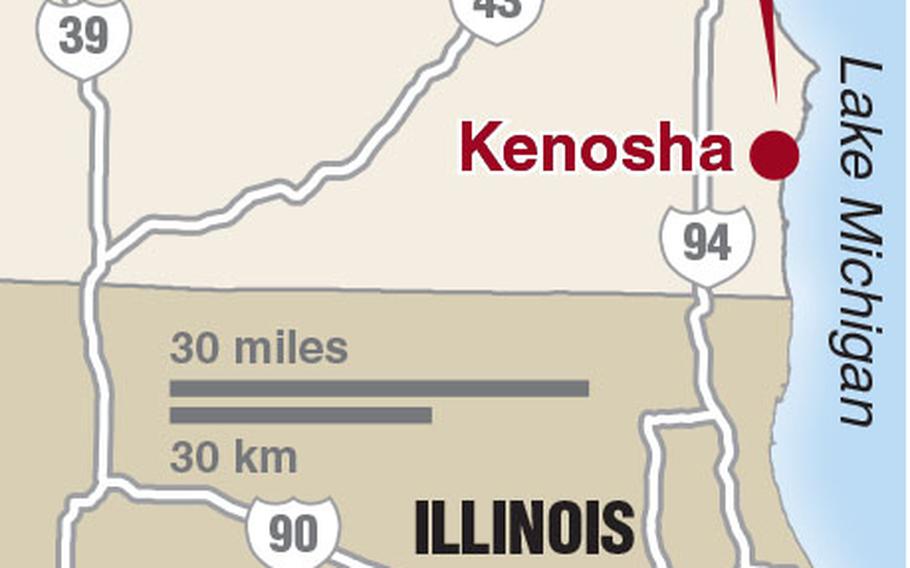 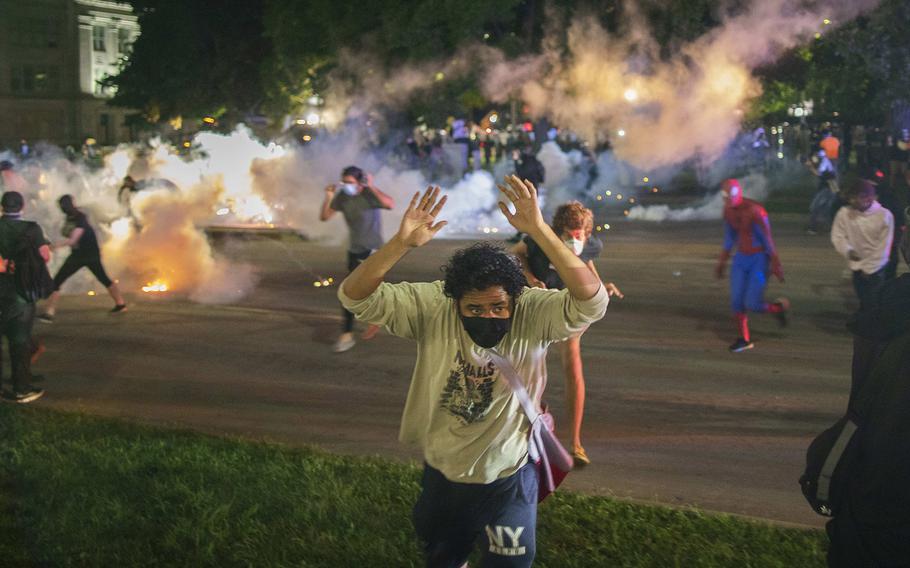 Tear gas lands around protesters after they refused to listen to police demands to disperse near the courthouse in Kenosha, Wisconsin on Tuesday, August 25, 2020. (Chris Juhn, Zuma Press/TNS)

WASHINGTON — Wisconsin Gov. Tony Evers on Wednesday said he will deploy 500 National Guard troops to support law enforcement in Kenosha as violent protests continue in the city over the police shooting of Jacob Blake.

“The ability to exercise First Amendment rights is a critically important part of our democracy and the pursuit of justice,” Evers tweeted. “But there remains a line between peaceful assembly and what we saw last night that put individuals, families, and businesses in danger.”

Blake, a 29-year-old Black man, was shot in the back seven times Sunday as he walked away from police officers and is now paralyzed from the waist down, according to the family’s attorney. Police have not provided information about what caused the officers to shoot Blake.

The shooting of Blake has led to three days of protests in Kenosha that turned deadly Tuesday night when two people were killed and another was wounded by a gunman during a confrontation between demonstrators and law enforcement. Police have taken a suspect into custody, according to local reports. In addition, buildings have been set ablaze, windows smashed and multiple stores have been looted.

Evers said “the cycle of systemic racism” cannot continue, but he cannot allow further destruction and pleaded with protesters to stop escalating violence.

“Tonight, and in the days ahead, if you are going to protest, please do so peacefully and safely,” he said. “Please do not allow the actions of a few to distract us from the work we must do together to demand justice, equity, and accountability.”

The National Guard has seen one of its busiest years ever, juggling overseas operations with multiple domestic crises including the coronavirus pandemic, multiple instances of civil unrest across the country, and natural disasters.

In early June, the Guard’s coronavirus missions and racial justice protests increased the number of troops deployed to a peak of 75,000 soldiers and airmen. It marked the largest domestic use of the Guard outside of a war scenario.