UN says $4.3B required for Yemen humanitarian needs in 2023 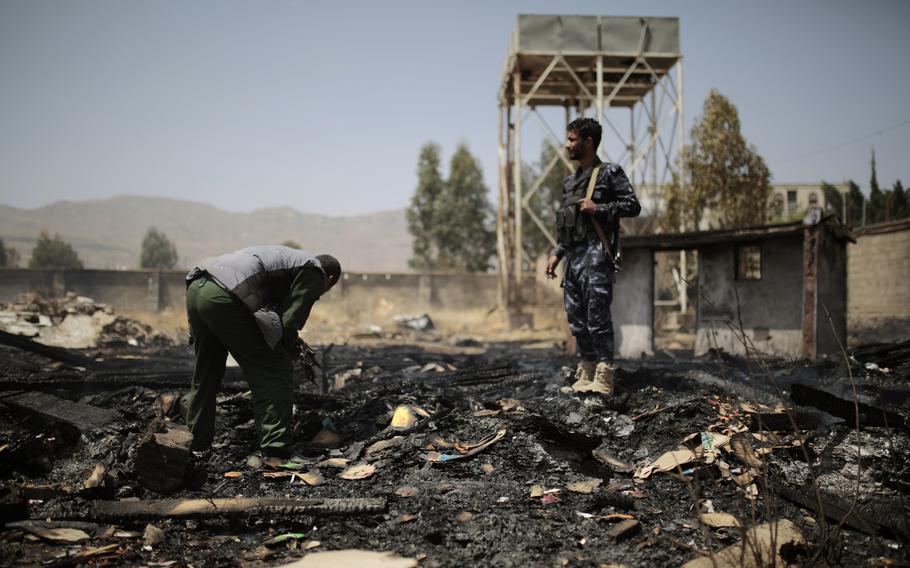 Yemeni police inspect a site of Saudi-led airstrikes targeting two houses in Sanaa, Yemen, March 26, 2022. Weapons supplied by the United Kingdom and the United States and used by a Saudi-led coalition fighting in war-torn Yemen caused at least 87 civilians and wounded 136 others, in a 14-month period, an Oxfam report released Wednesday, Jan. 11, 2023, said. (Hani Mohammed/AP)

CAIRO — The United Nations said Wednesday it needs $4.3 billion to fund its humanitarian activities in war-torn Yemen this year.

The U.N. Office for the Coordination of Humanitarian Affairs said the funds are required to help 17.3 million most vulnerable people in Yemen.

Yemen has been convulsed by civil war since 2014 when Iran-backed Houthi rebels seized the capital of Sanaa, forcing the internationally recognized government to flee to the south, then to Saudi Arabia. A Saudi-led coalition entered the war in March 2015 to try to restore the government to power.

The war has deteriorated largely into a stalemate and spawned one of the world's worst humanitarian crises.