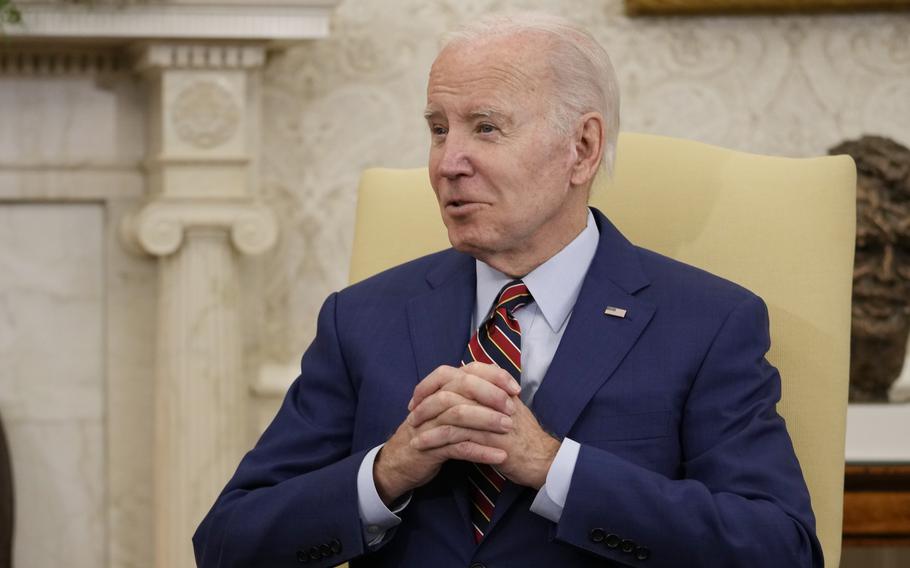 WASHINGTON — The White House brushed aside criticism Tuesday of its fragmented disclosures about the discovery of classified documents and official records at President Joe Biden's home and former office, saying it may withhold information to protect the Justice Department's investigation.

"We're endeavoring to be as transparent and informative to you all in the media, to the public as we can consistent with respecting the integrity of an ongoing Justice Department investigation," he said.

The discovery of the documents in Biden's possession complicates a federal probe into former President Donald Trump, who the Justice Department says took hundreds of records marked classified with him upon leaving the White House in early 2021 and resisted months of requests to return them to the government.

While the two cases are different — Biden for example, willingly turned over the documents once found — it still has become a political headache for a president who promised a clean break from the operations of the Trump administration.

On Saturday, the White House disclosed that Biden attorneys found classified documents and official records on four separate occasions — on Nov. 2 at the offices of the Penn Biden Center in Washington, on Dec. 20 in the garage of the president's Wilmington, Del., home, and on Nov. 11 and 12 in the president's home library.

White House Press Secretary Karine Jean-Pierre had said before the additional discovery that Americans could assume the investigation had completed. On Tuesday, she referred questions to the Justice Department or White House counsel's office on whether more documents existed and whether they would be disclosed if discovered.

"The president and his team rightfully took action," she said of the turning over of the documents after they were discovered.

After the initial disclosure, the president said he was "briefed about this discovery and surprised to learn that there are any government records that were taken there to that office."

He said that he takes the handling of classified documents very seriously. Biden has not commented publicly on the further existence of documents. Jean-Pierre said that president was focused on his job.

"He wants to make sure that he's continuing to deliver for the American people," she said.

Separately, Secretary of State Antony Blinken, who was managing director of the Penn Biden Center for two years, echoed Biden by saying he was surprised government records were located at the institute's office.

“I had no knowledge of it at the time,” he told reporters on Tuesday. "The White House, of course, has indicated that the administration is cooperating fully with the review that the Justice Department has undertaken, and I, of course, would cooperate fully with that review myself.”

Among the questions still unanswered by the White House or Biden's private attorneys: exactly how many documents were found; whether there may be other documents out there, what was contained in them and why the public wasn't notified until months after they were discovered.

Sams referred those questions to the Justice Department, insisting that neither the White House nor Biden's personal attorneys are aware of the contents.