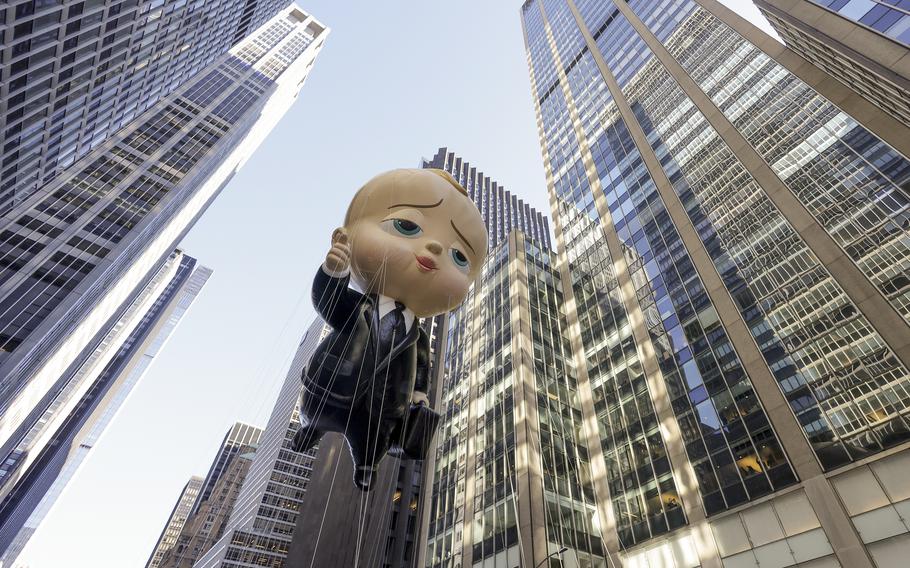 NEW YORK — Throngs of spectators lined the streets of New York on Thursday as colorful, high-flying balloons helped usher in the holiday season during the Macy's Thanksgiving Day Parade.

The annual tradition, which dates back nearly a century, packed streets as a procession of giant inflatables and floats streamed for more than 40 blocks from Central Park to Herald Square.

Children balanced atop metal barricades and hung from scaffolding to watch the balloons amid mostly sunny skies and a slight breeze.

"Blue, Blue. There's Blue," yelled Divyam Kumar, 6, as his father helped balance him and his 4-year-old brother Aanu Aryan on a metal rail.

The youngster was referring to the star of the animated show "Blue's Clues" — not to be confused with the international cartoon sensation Bluey, an Australian cattle pup making her parade debut. 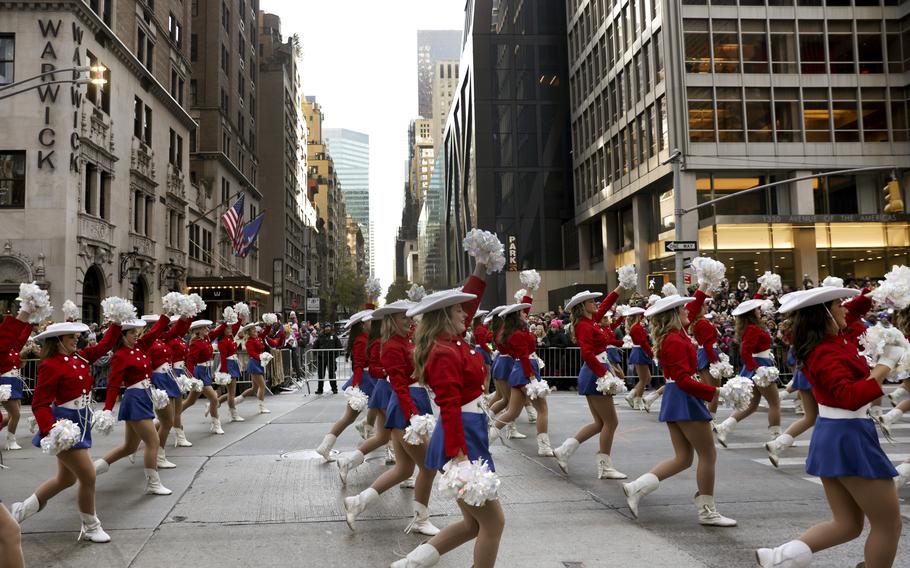 Bluey's balloon towered as tall as a four-story building and stretched as wide as seven taxi cabs.

Stuart, the one-eyed Minion, was also there to thrill the crowd.

But it was Snoopy that especially caught the eye of Brenner Chenenko, 8, even more so than the more contemporary pups.

"It's one of the classics," said the youngster from Rochester, New York, who lined the parade route with his father Nate and grandfather John Wopperer.

It was the first time the father and son had seen the parade in person. Wopperer last saw a parade live three years ago, before the pandemic sidelined the event for a year. 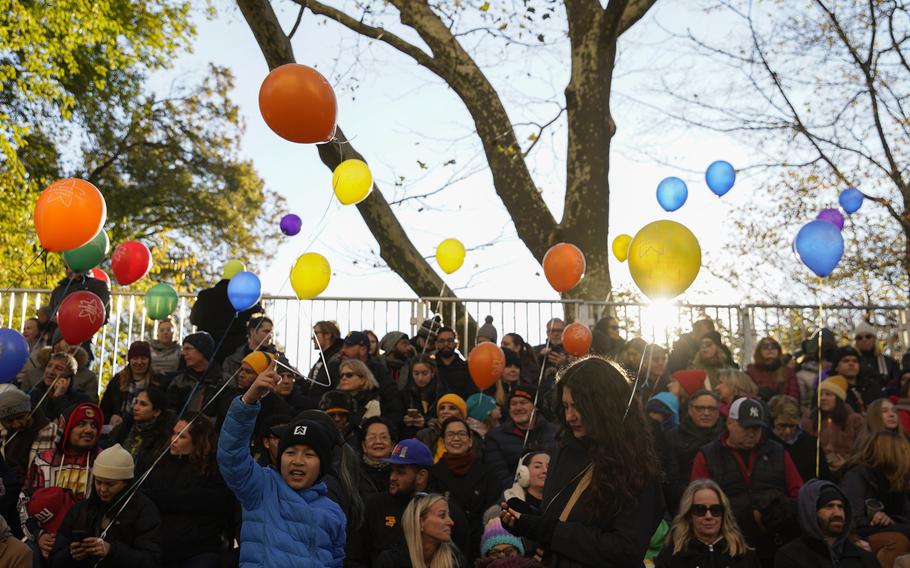 Snoopy, dressed as an astronaut, was followed by another old-time favorite, Papa Smurf. 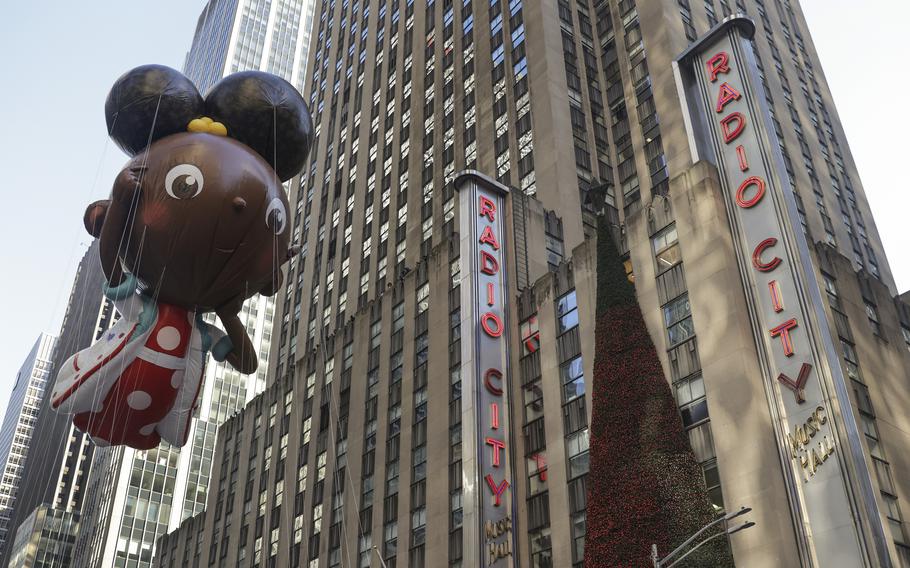 Singers Joss Stone, Jordin Sparks and Betty Who were also part of the festivities, as were the stars of Peacock's "Pitch Perfect: Bumper in Berlin" — Adam Devine, Sarah Hyland and Flula Borg. Jimmy Fallon & The Roots were on a float celebrating Central Park.

President Biden and Jill Biden called into the parade, as he did last year. Biden thanked firefighters, police officers and first responders, saying, "They never take a break."

They thanked the troops and Biden said he would be reaching out to speak to some today.

Asked about their plans for the day in Nantucket, Massachusetts, the Bidens said it would involve family, and some time spent locally, thanking first responders. 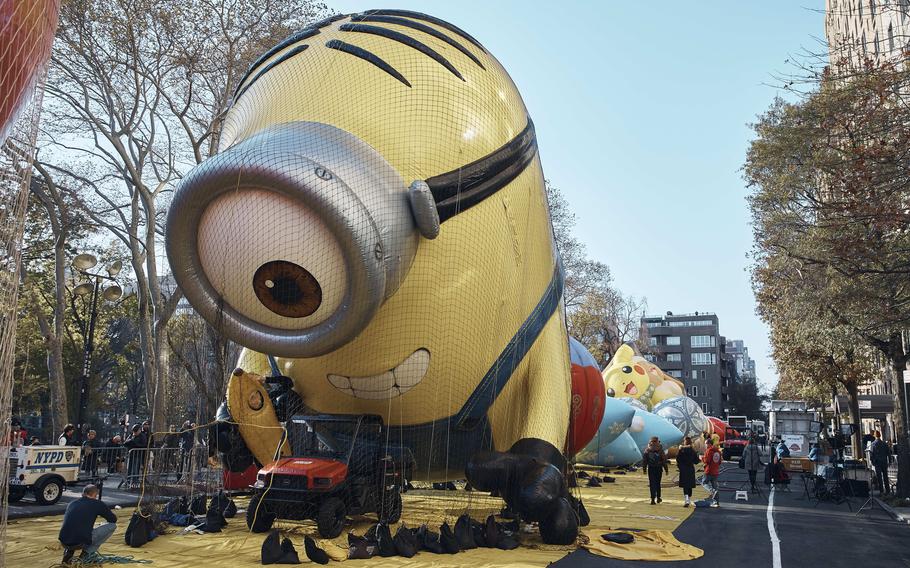 A man takes a photo of an inflated helium balloon of Stuart the Minion on Wednesday, Nov. 23, 2022, in New York, as the balloon is readied for the Macy’s Thanksgiving Day Parade on Thursday. (Andres Kudacki/AP) 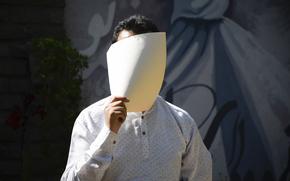