US announces another $400 million round of aid to Ukraine; 3rd this month 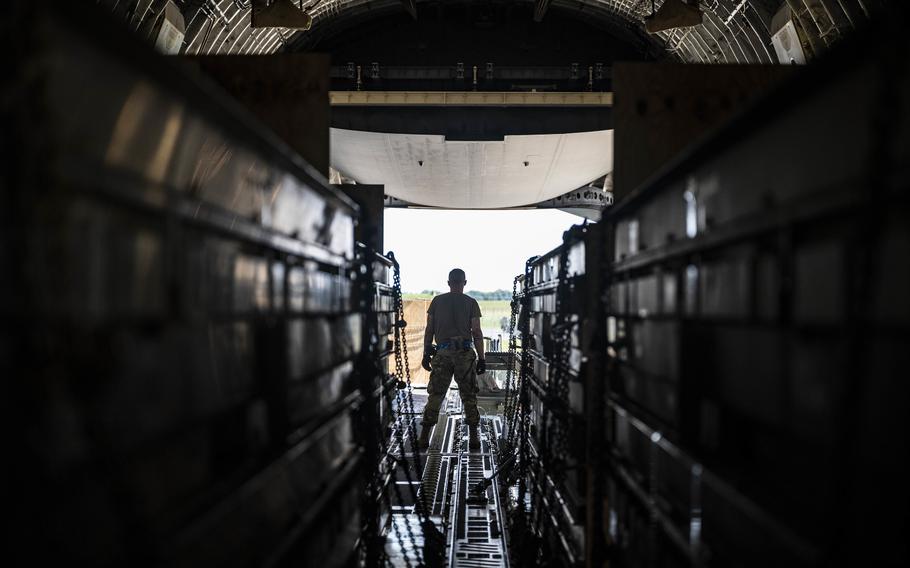 WASHINGTON — President Joe Biden’s administration announced Wednesday that the United States is sending another $400 million in aid to Ukraine to help its military fight off Russian forces.

The White House and State Department announced the new aid, which they said will include more arms, munitions and air defense equipment from Defense Department stocks.

The new aid comes from presidential drawdown authority, which allows the U.S. to take materials from the Pentagon and quickly ship them to Ukraine on an emergency basis.

Wednesday’s is the third round of American aid given to Ukraine this month, each worth $400 million.

“This drawdown will bring the total U.S. military assistance for Ukraine to an unprecedented level of approximately $19.7 billion, since the beginning of the [Biden] administration.”

Specifically, the new round of aid will include more National Advanced Surface-to-Air Missile Systems, or NASAMS, high-speed anti-radiation missiles, 20 million rounds of small-arms ammunition and more than 200 electrical generators, the Pentagon said.

Although aid to Ukraine has enjoyed bipartisan support, a faction within the Republican Party has expressed opposition to open-ended support for Ukraine and has promised tough scrutiny of arms deliveries and economic assistance after the GOP takes control of the House next year.

In his statement, Blinken noted that Britain, France and Sweden have also given hundreds of millions of dollars worth of new aid to Ukraine recently.

A Ukrainian counter-offensive in the east and south, which has included the use of U.S.-provided weapons and equipment, has been successful in repelling Russian troops in recent weeks — and Kyiv’s victory in Kherson has some Ukrainians confident that they might also be able to retake other major pieces of Russian-occupied territory, such as Crimea.

Regardless, the United States has said it will support Ukraine for as long as it’s needed. The war, which began in late February, is now going on its ninth month. So far, tens of thousands of people have been killed on both sides of the conflict and tens of thousands more have been wounded, including civilians.

“We will continue to support Ukraine for as long as it takes,” Blinken added. “So it can continue to defend itself and be in the strongest possible position at the negotiating table when the time comes.

“We stand united with Ukraine.”