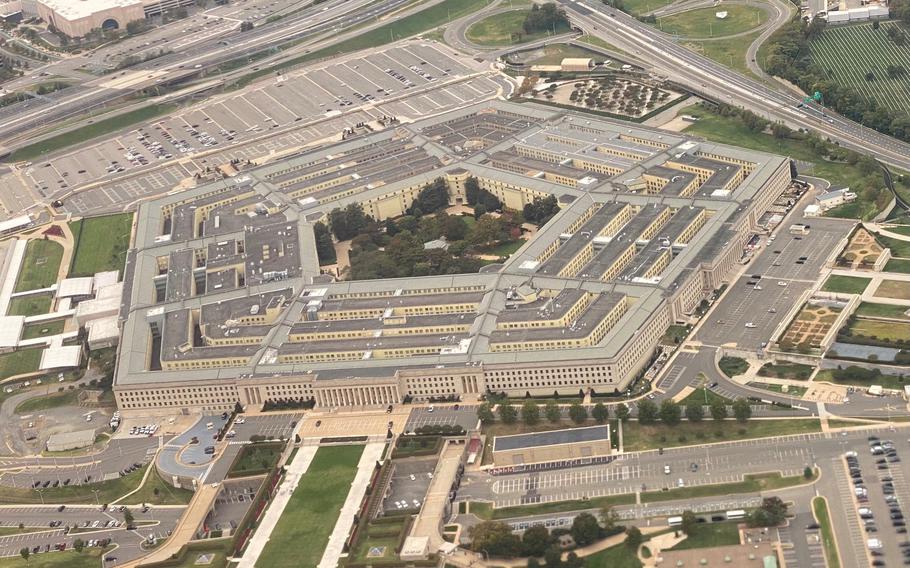 WASHINGTON — The Defense Department on Tuesday released the results of its annual financial audit for fiscal 2022 that showed the Pentagon again failed to earn a “clean” report.

But defense officials said it also shows some “significant progress” in its bookkeeping and fiscal systems.

The audits are required by law and are intended to keep better track of where government funds go and how they are spent in the department. They are also designed to increase transparency and specify cost efficiencies across the Pentagon’s offices and components.

Each year, the assessment is conducted by hundreds of independent, nongovernment auditors who ultimately give opinions that are classified as “unmodified,” “qualified” or “opinions of disclaimer.”

Unmodified, or “clean,” opinions conclude all fiscal records are given fairly and in accordance with accounting principles.

An opinion of disclaimer is a negative opinion that means auditors didn’t receive enough of the department’s accounting records to make a complete assessment, and the effects of undetected misstatements are material and pervasive.

For 2022, auditors gave an overall opinion of disclaimer to the Defense Department. It’s the fifth consecutive time since the first yearly report in 2018 that auditors gave the Pentagon this assessment. Before then, the Defense Department, which has assets worth more than $2 trillion and receives hundreds of billions of dollars from Congress each year, had never been independently audited.

However, military officials said it often takes years for audits to produce a clean report. It took about a decade for the Department of Homeland Security to receive its first clean audit, for example.

“I wouldn’t say we will never get there, but I was disappointed we didn’t make more progress,” Under Secretary of Defense and Pentagon Chief Financial Officer Michael McCord told reporters Tuesday about the audit. “We failed to get an A. It’s making us better, it’s just not making us better as fast as we want.”

The Medicare-Eligible Retiree Health Care Fund was the only component to receive a negative qualified opinion, which means there were misstatements or potentially undetected misstatements that were material, but not pervasive.

Another influence on the annual audits are material weaknesses — or deficiencies in internal financial controls — that are found within the department. The 2022 audit found three new material weaknesses in “interface controls,” “reporting entities” and “component-level accounts.”

The Defense Department is often the most criticized Cabinet department because it’s the largest and receives the most tax dollars. Past failures to keep track of program spending or develop a paper trail for costly endeavors have drawn considerable negative attention to the Pentagon.

For example, there has still been no complete accounting for the lengthy development of the F-35 Lightning II fighter jet, which is the world’s most expensive weapons system. The department said earlier this year the cost to develop and procure the jet had risen to more than $400 billion.

In a bid to motivate the Pentagon to start clearing its audits, congressional lawmakers last year introduced bipartisan legislation that would impose a penalty against any federal department that fails to earn a clean annual audit report. The proposal was specifically aimed at the Defense Department, however, because all other federal departments have been passing the audits for years.

"The Pentagon and the military industrial complex have been plagued by a massive amount of waste, fraud and financial mismanagement for decades. That is absolutely unacceptable," Sen. Bernie Sanders, I-Vt., a co-sponsor of the bill, said when it was introduced in May 2021.

If the bill eventually passes, any department that fails to pass its audit with a clean opinion must forfeit 1% of its budget to the Treasury, which will apply that amount against the federal deficit. If the Pentagon receives the $813 billion for fiscal 2023 requested by President Joe Biden, that penalty could amount to more than $8.1 billion.

The bill, however, has not yet been passed by either chamber in Congress.

To improve the department’s fiscal performance, the Pentagon said Tuesday that it’s increased the use of automated systems, which it calls “bots,” to handle some of the simpler tasks and free up managers to focus on more complex areas.

By October, the department said it had deployed more than 600 bots — more than half of which to handle fiscal management processes, and others to “support compliance or audit response.” Defense accounting officials expect the bots to ultimately save hundreds of thousands of man hours and millions of dollars.

The audit itself cost about $218 million.

“While there is much work remaining, and some of our most complex problems still lay before us, the audit has been a catalyst for business reform across the department, resulting in greater financial integrity, increased transparency, and ultimately, a better-supported warfighter,” the Pentagon said in a statement. “Given annual expenditures in excess of $800 billion, the estimated cost of the audit offers a highly positive investment in transparency, accountability, and efficiency for the American people.”