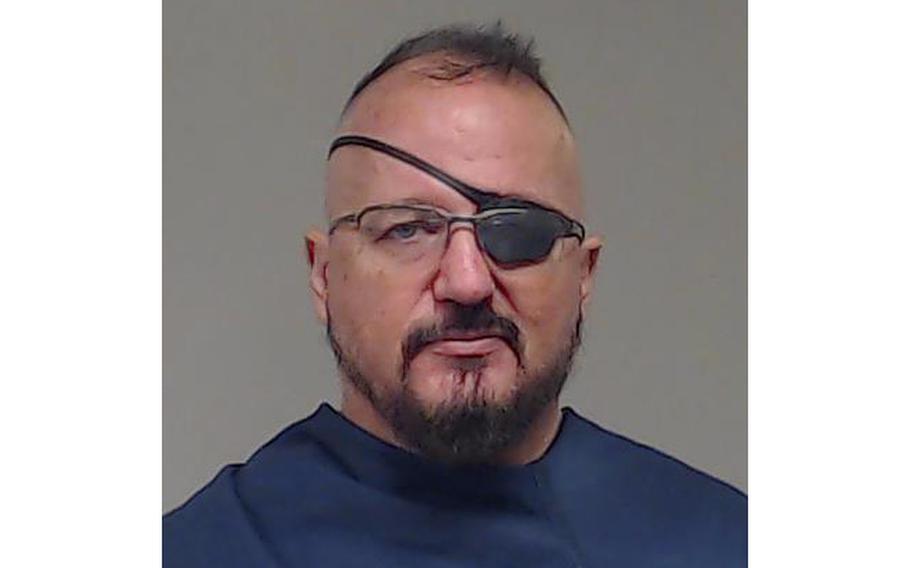 WASHINGTON (Tribune News Service) — A military veteran who stormed the U.S. Capitol with the Oath Keepers testified that members of the far-right militia group were set on stopping the certification of the 2020 election on Jan. 6, 2021, with violence, if necessary.

“It seemed to me that a lot of us were prepared, I was prepared, to stop the certification process one way or the other,” said Jason Dolan, who participated in Oath Keeper chats leading up to the attack on the Capitol.

Dolan testified for the prosecution in the seditious conspiracy trial of Oath Keepers founder Stewart Rhodes and four others. Dolan had agreed to cooperate with the government and had pleaded guilty to conspiracy and obstruction of an official proceeding. He could face five to seven years in prison.

Dolan is the first to take the stand of six Oath Keepers who pleaded guilty, three of them to seditious conspiracy. Rhodes had previously sought to subpoena their communications to try to prove they were pressured into pleading guilty.

Rhodes and the other defendants have denied taking part in a conspiracy to stop the transfer of presidential power, claiming that they traveled to Washington to provide security and in preparation for former President Donald Trump to invoke the Insurrection Act, which they believed would give them the authority to act as a militia.

Dolan, who was part of the Florida Oath Keepers, testified on Tuesday that his understanding was that if Trump invoked the Insurrection Act, two different factions of the government, including military and law enforcement, would face off. “We would be fighting with pro-Trump forces against pro-Biden forces,” he said.

He said he considered Congress to be part of the pro-Biden faction, since its members were certifying the election.

The former Marine recalled for the jury what led him to taking part in the attack on the Capitol. He said he spent each evening in 2020 in a garage with a six pack of beer, or half a bottle of vodka, trying to kill the pain from a bad hip surgery. He spent his time scrolling through news articles on his phone and became convinced that Biden’s election win was a fraud. A friend recommended he join the Oath Keepers, he said.

“It felt good to know there were other people out there that felt the same as I did,” Dolan told the jury.

He said he became frustrated when he saw all legal avenues closing to overturn what he viewed as a stolen election. “It felt like my government was being taken away,” he said.

So, he and other Oath Keepers went to Washington from Florida, set to take part in the Jan. 6 rally. He said they stashed their guns in a hotel in Virginia.

Dolan said that when he entered the Capitol he chanted “treason” along with the crowd. He said he wanted the lawmakers to be afraid enough to decertify the election. “I wanted them to feel the anger, the frustration, the rage I felt,” he told the jury.

Now, he said he views some of his decisions as “downright stupid.”

“I look at myself and I sit there and wonder how I got there from point A to point C,” he said.

During cross-examination Wednesday, Phillip Linder, Rhodes’ defense attorney, implied that Dolan pleaded guilty to get a shorter sentence. Dolan responded that he “wasn’t trying to make up stories.” He agreed it was possible to get a lighter sentence for cooperating with the government, but that a judge would make the ultimate decision.

Linder also delved into Dolan’s mental state when he joined the Oath Keepers in 2020, asking whether he suffered from substance abuse issues and depression. Dolan said he hadn’t been diagnosed with depression, but struggled with alcohol problems.

In response to other questions from Linder, Dolan agreed that his group was supposed to provide security to individuals in Washington during the Jan. 6 rally, that they would bring weapons into Washington if Trump invoked the Insurrection Act and that there was no plan to go inside the Capitol. Dolan explained that he ascended the steps of the Capitol when he saw the crowd move forward.