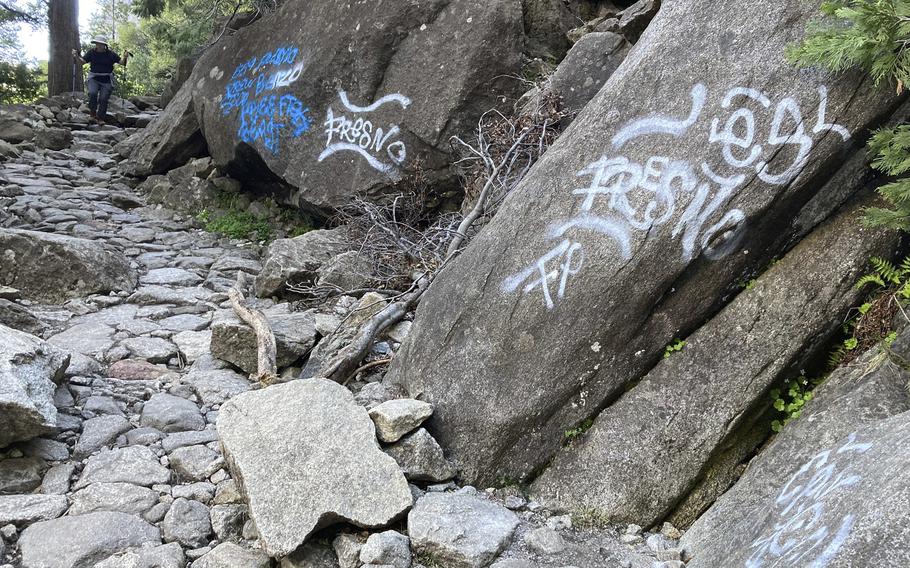 YOSEMITE NATIONAL PARK, Calif. — Yosemite National Park officials are seeking anyone who may have witnessed vandals tag more than 30 sites in the California park with graffiti.

Vandals last month used white and blue spray paint to draw on boulders and other sites along the Yosemite Falls Trail, park officials said in a Facebook post Sunday.

On May 20, at approximately 8:15 p.m., park rangers received multiple reports of vandalism along the trail. When they assessed the damage the next day, they found more than two dozen places where graffiti had been spray-painted, officials said.

The smallest graffiti measured 1 foot by 1 foot, but most were 3 feet by 3 feet, and a few were larger than 8 feet by 8 feet, they said.

Photos posted on social media show rocks tagged with the word "Fresno" and other illegible writings.

Park officials are asking anyone who was on the trail to the top of Yosemite Falls on May 20 and who saw people carrying cans of spray paint and tagging the area to contact the National Park Service.