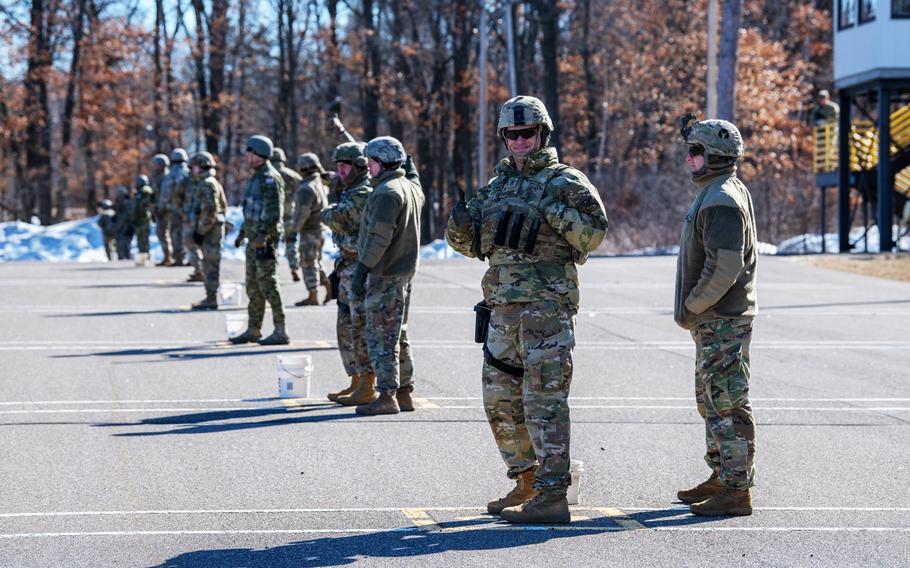 The move came two days after a North Dakota Guard helicopter helped stabilize the Bourbanis Dam with more than 200 sandbags weighing 1 ton each. The dam is located on the Tongue River, a tributary of the Pembina River.

The Minnesota Guard used a CH-47 Chinook helicopter that has the ability to lift loads greater than 10,000 pounds, the Star Tribune reported. North Dakota Guard members transported and lowered the sandbags with UH-60 Black Hawk helicopters.

National Weather Service flood warnings for the northeastern corner of the state as well as along the North Dakota-Minnesota border were expected to remain in effect until late Friday.

The 61-foot Bourganis Dam was built in 1957 with a design life of 50 years, according to information in a watershed rehabilitation plan for three dams slated for upgrades along the Tongue River.

North Dakota Gov. Doug Burgum said in a social media post that he was grateful to Minnesota Gov. Tim Walz for approving the request to help North Dakota residents.