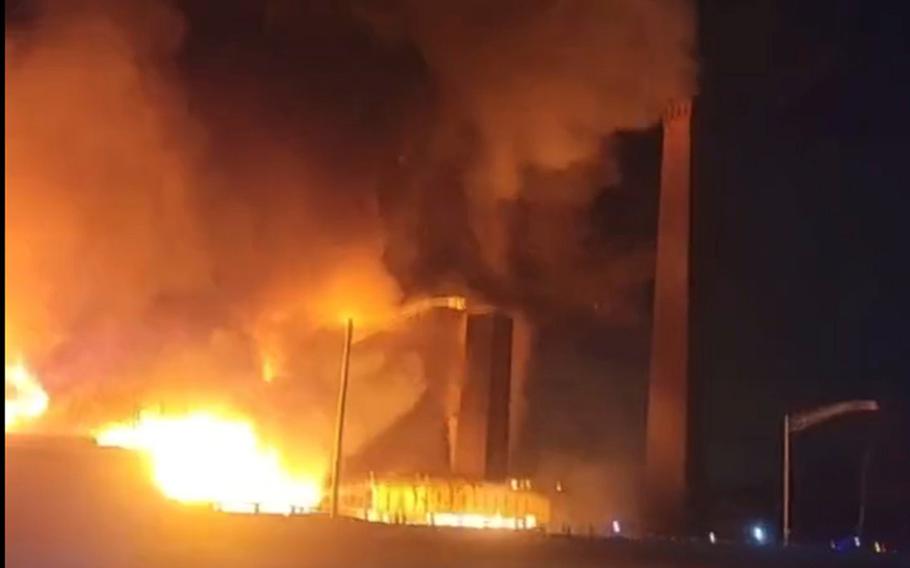 PASSAIC, N.J. — A fire near a New Jersey chemical plant with flames and smoke visible for miles in the night sky spread to multiple buildings in the complex Friday, threatening to reach the plant's chemical storage area, authorities said.

Passaic Mayor Hector Lora told residents in a video posted on Facebook to stay away from the area and keep their windows closed.

Lora said firefighters were still assessing the situation. There were no initial reports of loss of life, he said.

Passaic Fire Chief Patrick Trentacost said the building was vacant when the fire broke out.

“A portion of the building did have chlorine in it and that seems to be under control at this time,” he said just after midnight. “We’ll be monitoring that also throughout the night but certainly we’re far from having control of the fire."

The Qualco Inc. plant is about 13 miles (21 kilometers) west of Manhattan. It produces chemicals used to treat pools and spas, according to its website. It is next to Majestic Industries, a designer and manufacturer of gaming and hospitality furniture, Lora said.

It’s unclear where the fire originated or how it started.

The Department of Environmental Protection was on scene assessing air quality, Lora said.

New Jersey Gov. Phil Murphy tweeted about the fire, echoing calls for people who live near it to keep their windows closed.

“We urge everyone in Passaic to stay safe as firefighters battle a large eight-alarm fire at a chemical plant off of Route 21,” Murphy wrote. “Praying for the safety of our first responders on the scene.”