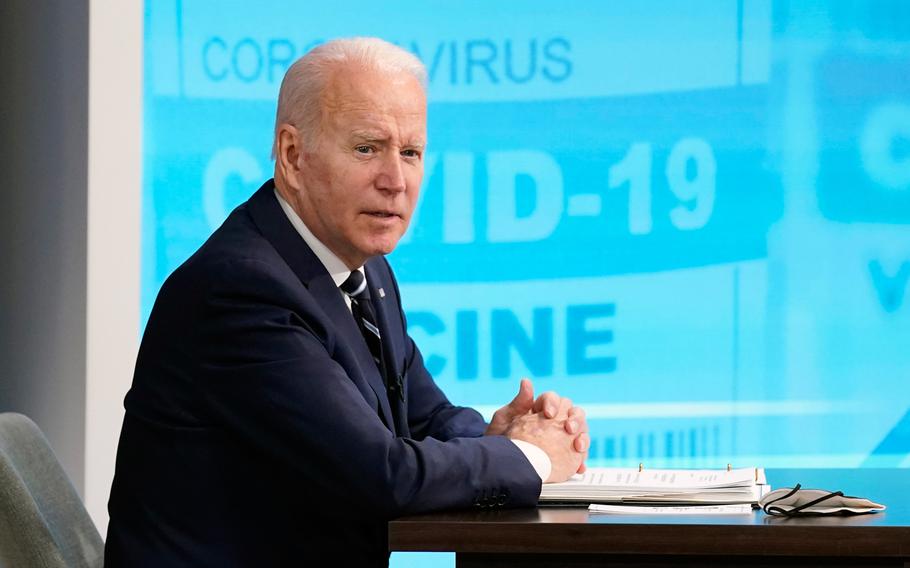 For companies that were waiting to hear from the U.S. Supreme Court before deciding whether to require vaccinations or regular coronavirus testing for workers, the next move is up to them.

Many large corporations were silent on Thursday's ruling by the high court to block a requirement that workers at businesses with at least 100 employees be fully vaccinated or else test regularly for COVID-19 and wear a mask on the job.

Target's response was typical: The big retailer said it wanted to review the decision and “how it will impact our team and business.”

The Biden administration argues that nothing in federal law prevents private businesses from imposing their own vaccine requirements. However, companies could run into state bans on vaccine mandates in Republican-controlled states. And relatively few businesses enacted their own rules ahead of the Occupational Safety and Health Administration requirement, raising doubt that there will be rush for them now.

In legal terms, the Supreme Court’s conservative majority said the OSHA lacked authority to impose such a mandate on big companies. The court, however, let stand a vaccination requirement for most health care workers.

The National Retail Federation, the nation’s largest retail trade organization and one of the groups that challenged the OSHA action, called the court’s decision “a significant victory for employers.” It complained that OSHA acted without first allowing public comments, although administration officials met with many business and labor groups before issuing the rule.

Chris Spear, the president of the American Trucking Associations, another of the groups that fought the OSHA rule, said it “would interfere with individuals’ private health care decisions.”

Karen Harned, an official with the National Federation of Independent Business, said that as small businesses try to recover from nearly two years of pandemic, “the last thing they need is a mandate that would cause more business challenges.”

But mandate supporters called it a matter of safety for employees and customers.

Dan Simons, co-owner of the Founding Farmers chain of restaurants in the Washington area, said vaccine mandates are “common sense.” He requires his 1,000 employees to be fully vaccinated; those who request an exemption must wear a mask and submit weekly COVID test results.

“If your priority is the economy, or your own health, or the health of others, you would agree with my approach,” Simons said.

Administration officials believe that even though the OSHA rule has been blocked, it drove millions of people to get vaccinated. But companies that used mandates to achieve relatively high vaccination rates may decide that they have accomplished enough.

Ford Motor Co. said it was "encouraged by the 88% of U.S. salaried employees who are already vaccinated." The car maker said it would review the court decision to see if it needs to change a requirement that most U.S. salaried workers get the shots.

Labor advocates were dismayed by the ruling.

“This decision will have no impact on most professional and white collar workers, but it will endanger millions of frontline workers who risk their lives daily and who are least able to protect themselves," said David Michaels, who led OSHA during the Obama administration and now teaches at the George Washington University’s School of Public Health.

For their part, labor unions had been divided all along about Biden's attempt to create a vaccine mandate, with many nurses and teachers groups in favor, but many police and fire unions opposed. Some unions wanted the right to bargain over the issue with companies.

The United Auto Workers, which encourages workers to get vaccinated, said the decision won't change safety protocols such as face masks, temperature checks and distancing when possible for more than 150,000 union members at General Motors, Ford and Stellantis factories.

The Service Employees International Union, which represents more than 2 million service industry workers, said the Supreme Court’s decision is a relief for health care workers but leaves others without critical protections.

“In blocking the vaccine-or-test rule for large employers, the court has placed millions of other essential workers further at risk, caving to corporations that are trying to rig the rules against workers permanently,” the union said.

The United Food and Commercial Workers International Union, the largest union for grocery workers and meatpacking plants, said that the Supreme Court decision fails to recognize the “extreme health risks” America’s front-line food and retail workers face on the job.

“Frontline workers need to be protected and this decision needlessly ignores that there was a better way to address this issue without negating this mandate," said Marc Perrone, president of the UFCW International in a statement.

Meanwhile, employers have been split on what to do with their unvaccinated workers. Among 543 U.S. companies surveyed in November by insurance broker and consulting firm Willis Towers Watson, fewer than one in five required vaccination. Two-thirds had no plans to require the shots unless the courts upheld the OSHA requirement.

Jeff Levin-Scherz, an executive in the firm's health practice, said most companies with mandates will keep them because they are working. He said nothing short of a mandate can get vaccination rates to 90%, and “you really need a very high level of vaccination to prevent community outbreaks.”

United Airlines was one of the first major employers to announce a mandate, back in August. CEO Scott Kirby has said that 99% of United employees either got vaccinated or submitted a request for exemption on medical or religious grounds.

United declined to comment Thursday, but in earlier comments Kirby has sounded committed to the mandate for his employees because “it was the right thing to do for safety.”

Airlines fall under a separate Biden order that required federal contractors to get their workers vaccinated. That requirement was not part of Thursday's Supreme Court ruling, but it has been tied up separately since early December, when a federal district judge in Georgia issued a preliminary injunction barring enforcement of the mandate.

This story has been corrected to read that Marc Perrone is the president, not the CEO, of the UFCW.