by
NOMAAN MERCHANT
• Associated Press • January 10, 2022
This story has been corrected. 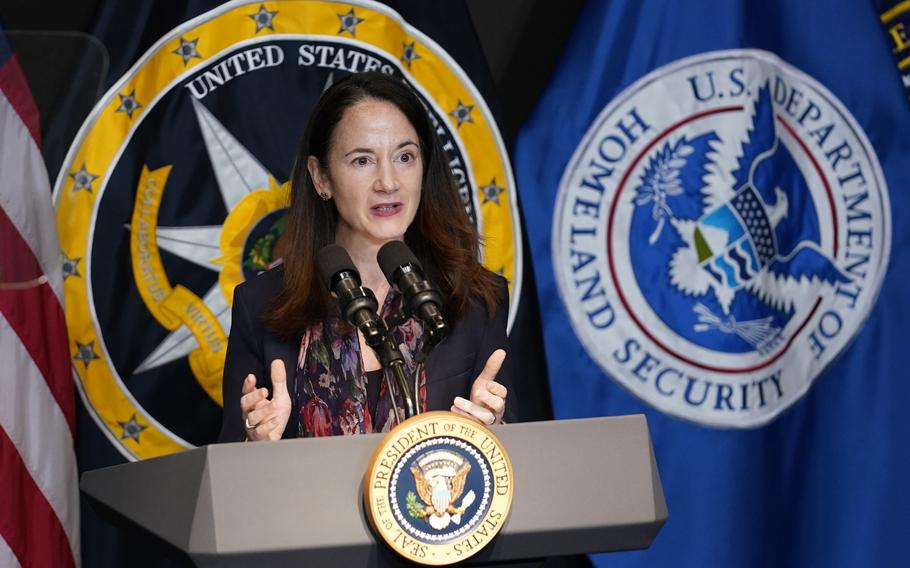 WASHINGTON — As Russia was working to subvert U.S. elections and sow discord among Americans, Congress directed the creation of an intelligence center to lead efforts to stop interference by foreign adversaries. But two years later, that center still is not close to opening.

Experts and intelligence officials broadly agree the proposed Foreign Malign Influence Center is a good idea. The U.S. has lacked a cohesive strategy to fight influence operations, they say, with not enough coordination among national security agencies. Adversaries that tried to interfere in the last two presidential elections continue to bombard Americans with disinformation and conspiracy theories at a time of peril for democracy in the U.S. and around the world.

But the intelligence community and Congress remain divided over the center's mission, budget and size, according to current and former officials. While separate efforts to counter interference continue, a person identified this year as a potential director has since been assigned elsewhere and the center likely will not open anytime soon.

"It really is just giving a gift to Russia and China and others who clearly have their sights set not only on the midterm elections but on ongoing campaigns to destabilize American society," said David Salvo, deputy director of the Alliance for Securing Democracy and a senior fellow at the German Marshall Fund.

The nation's top intelligence official had advocated for the center before taking office. Director of National Intelligence Avril Haines last year co-chaired a German Marshall Fund task force supporting it. In a statement, spokeswoman Nicole de Haay said the director's office "is focused on creating a center to facilitate and integrate the Intelligence Community's efforts to address foreign malign influence."

But some lawmakers are concerned about further expanding the mission of the Office of the Director of National Intelligence. ODNI was originally envisioned as a small coordinating body to address the intelligence-sharing failures preceding the Sept. 11 attacks. It has several centers that critics say are well-meaning attempts to solve problems but end up causing unnecessary duplication.

Senate Intelligence Committee Chairman Mark Warner said that while he supports the center, there were "legitimate questions about how large such an organization should be and even about where it would fit" with existing government efforts to fight foreign interference.

"We want to be sure that this center enhances those efforts rather than duplicating them or miring them in unnecessary bureaucracy," the Virginia Democrat said in a statement. "I don't have any real doubt that we will ultimately stand the center up in the relatively near future, but we need to be sure we get it right."

It's unclear who would lead the center. Separately, there is also a vacancy for a new election threats executive after the previous executive, Shelby Pierson, ended her term and returned to another intelligence post. Pierson had been in the spotlight last year after giving lawmakers a closed-door briefing on Russia's efforts to intervene in the 2020 election in favor of former President Donald Trump. That angered Trump, who berated the then-director of national intelligence and later replaced him. Trump has promoted falsehoods about elections and pushed Republicans to follow his lead.

Experts on democracy have long warned that what the government refers to as "malign influence" is a national security threat. Social media has helped make disinformation a cheap and powerful tactic for adversaries who can push false or altered stories, videos and images, and amplify falsehoods already circulating among Americans to promote their own interests and create chaos.

U.S. and other Western authorities have accused Russia of spreading disinformation about the coronavirus and vaccines, stealing data from local and state election servers, and pushing false stories intended to exploit divisions over race and civil rights. Intelligence agencies have found that Russia used influence operations to interfere with the 2016 presidential election in favor of Trump's campaign and conducted operations in Trump's favor in 2020.

The U.S. assessed China ultimately did not interfere in the 2020 election, but Beijing has been accused of promoting false theories about the COVID-19 pandemic and trying to sway businesses and all levels of government. Iran was accused of sponsoring emails appearing to try to intimidate Democratic-leaning voters as well as other measures that were intended to undercut support for Trump and undermine faith in U.S. democracy.

Opponents note the U.S. also has a history of covert interference in other countries and has helped overthrow governments seen as anti-American. A column published by the Kremlin-backed RT.com alleged the proposed center "is just official cover for American intelligence interference in domestic politics."

The intelligence community also risks being seen as political or infringing on First Amendment rights if it takes the same untruths spread by Americans and labels them as foreign interference when they're spread by an adversary.

The center "is going to have to figure out this enormous challenge to convey threats to American elections, American democracy, at a time when there seem to be two completely different realities," said Salvo of the German Marshall Fund.

Congress authorized the center in late 2019 and directed ODNI to create it. Several people who worked in intelligence matters at that time, speaking on condition of anonymity to describe confidential discussions, say they didn't know of any effort by the Trump White House to stop the center. Instead, leaders within ODNI disagreed on how to structure the new center or whether it should be a "virtual center" without an office.

According to one of the people, William Evanina, the former chief of ODNI's counterintelligence center, offered to take the malign influence center under his authority, but the office ultimately did not choose that option. Evanina declined to comment.

After President Joe Biden took office, ODNI presented a plan for a small center with a few dozen staff members to the intelligence and appropriations committees in the House and Senate. But even as Congress required the center's creation, key lawmakers from both parties have expressed concerns about the plan.

A proposal to fund the center this summer failed and it is unlikely to be completed while the government is operating with temporary funding. The center may now be included if a full spending plan is approved in early 2022.

Suzanne Spaulding, an election security expert at the Center for Strategic and International Studies, called for the U.S. government to act quickly.

In a earlier version of this story, The Associated Press erroneously reported that Iran sponsored an email campaign intended to intimidate Democratic-leaning voters into supporting former President Donald Trump during the 2020 presidential election. In a report published in March by President Joe Biden’s administration, intelligence officials assessed Iran sponsored intimidating emails and took other measures to exacerbate divisions in the U.S. and try to undercut Trump’s reelection prospects.