NFL defensive great Michael Strahan to be next space tourist 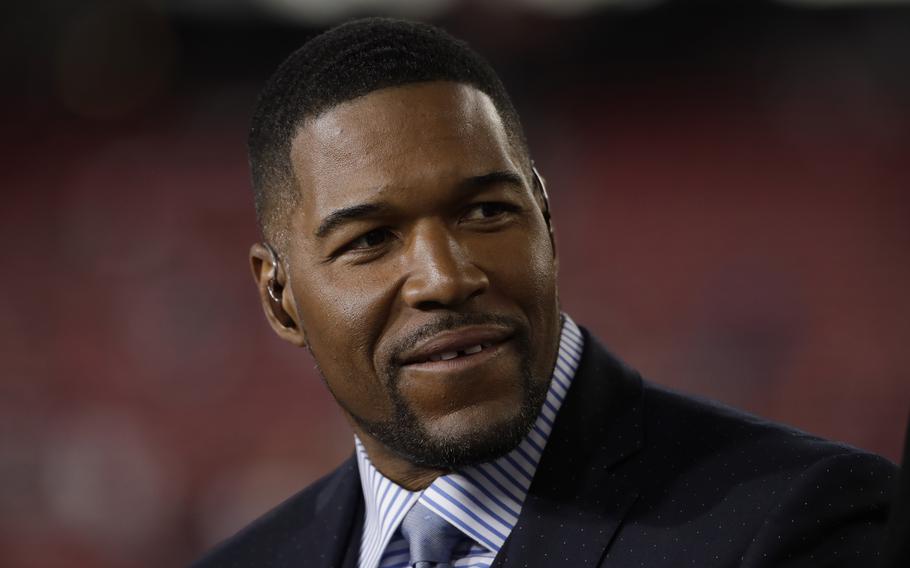 This Jan. 19, 2020, photo shows Michael Strahan before the NFL NFC Championship football game between the San Francisco 49ers and the Green Bay Packers in Santa Clara, Calif. Strahan will be among the crew on Blue Origin's next flight to space. (Marcio Jose Sanchez/AP)

Strahan, who turned 50 on Sunday, will join Laura Shepard Churchley, the eldest daughter of astronaut Alan Shepard, on the Dec. 9 mission aboard the New Shepard, a spacecraft named after her father and the first American in space.

The Blue Origin flight, the company headed by Jeff Bezos, will also carry four paying customers and will be the third by the New Shepard craft this year to shuttle humans to space.

Blue Origin has not disclosed the ticket price for paying customers.

Similar to previous jaunts, Strahan’s flight is likely to include about three minutes of weightlessness and a view of the curvature of the Earth. Passengers are subjected to nearly 6 Gs, or six times the force of Earth’s gravity, as the capsule descends.

Strahan, who played for 15 years in the National Football League with the New York Giants, reported on the first Blue Origin flight for Good Morning America.

“I want to go to space,” Strahan told Good Morning America. “I think being there at the first launch, it really was mind-blowing.”

Virgin Galactic’s Richard Branson went into space in his own rocket ship in July, followed by Bezos nine days later on Blue Origin’s first flight with a crew. Elon Musk’s SpaceX made its first private voyage in mid-September, though without Musk on board.