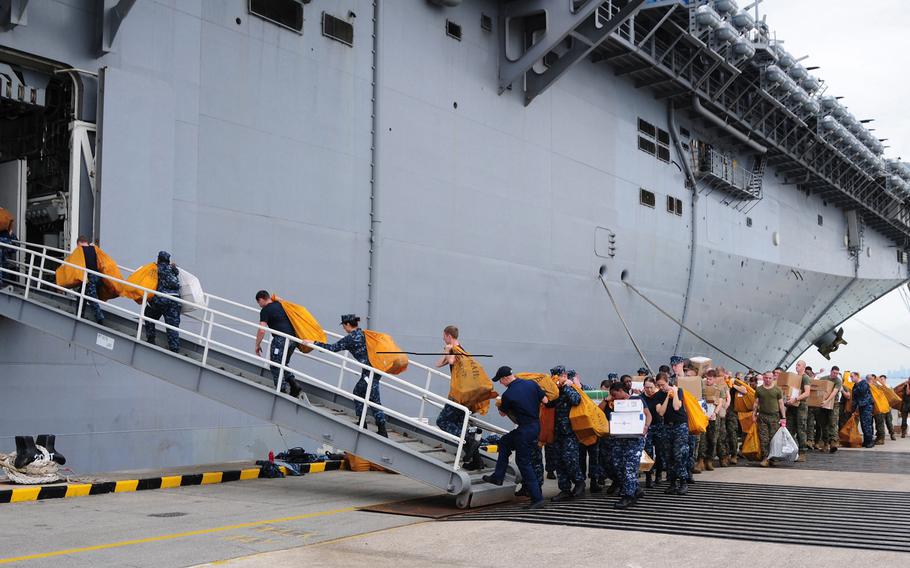 U.S. Postal Service officials say they have the staffing and resources to handle the coming onslaught of holiday packages, and avoid a repeat of the disastrous 2020 season that brought mail delivery to a crawl.

The agency outlined its holiday plans during a meeting Wednesday of its governing board. Ron Bloom, the panel's chair, said the mail service has added dozens of package-sorting machines and will be able to process an additional 4.5 million parcels — an 18% increase — a day. It also plans to hire 40,000 seasonal workers.

The moves are a direct result of the agency's dismal 2020 metrics, according to Postmaster General Louis DeJoy.

"Last year, for a variety of reasons, we were overwhelmed and were not able to meet the demands of the nation," he said. "We are ready, so send us your packages and your mail, and we will deliver timely."

In December 2020, the Postal Service was delivering only 38% of nonlocal first-class mail on time, a historic drop. Lawmakers were inundated with complaints from constituents and businesses about late-arriving holiday packages and essentials such as medication, paychecks and bills.

The backlogs were so massive that managers at some postal processing centers began turning away incoming truckloads of envelopes and parcels — the facilities had no room left to store them.

Holiday letters and packages are the foundation of the Postal Service's annual revenue — the agency generally does not draw funding from Congress. After the meeting, the agency announced plans to raise prices on certain shipping products, including popular flat-rate envelopes, but up to $1.10. The move comes as DeJoy and Bloom are in the midst of implementing their 10-year "Delivering for America" plan, which includes steep service cuts and twice-annual price increases.

Also Wednesday, Donald Trump appointees on the governing board took the unusual step of electing Bloom to a second year-long stint as chairman over the objections of Ron Stroman and Anton Hajjar, who were appointed by Joe Biden. The president has not said whether he will tap Bloom — a Democrat and key DeJoy supporter whose term expires in December — to serve another seven-year term on the board.

"I voted against the selection of Ron Bloom as board chair since the President has yet to renominate him, and his term is about to expire," Stroman told The Post.

The Postal Service under DeJoy and Bloom's leadership enters the holiday season with momentum that experts say was unimaginable a year ago.

When the board of governors met in November 2020, the agency was still enmeshed in legal disputes over its handling of mail-in ballots during the presidential election. It faced more than $169 billion worth of unpaid obligations with no plan to address them, and was on track to lose another $160 billion over the next decade. Its timely delivery service, once the envy of logistics operations around the world and the pride of its 644,000-person workforce, had dipped to levels leaders said were embarrassing.

The agency ends the 2021 fiscal year on much more stable footing. On-time delivery scores for first-class mail, measured against new slower delivery standards, jumped to 91.1% in October, the agency reported. Revenue rose against 2020 by nearly $4 billion. The agency expected to lose $9.7 billion in 2021; instead it lost $4.9 billion. It's also on the verge of receiving $6 billion from Congress to replace its outdated delivery truck fleet with electric vehicles, and is pushing Congress to pass a bipartisan bill that would alleviate much of its debt.