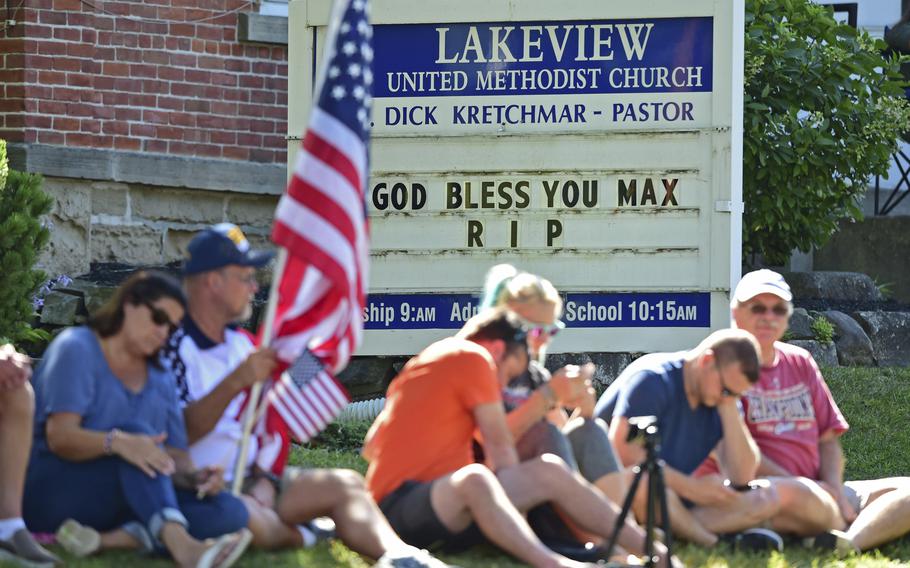 BERLIN HEIGHTS, Ohio — Waiting for the hearse carrying one of the 13 U.S. service members killed in a suicide bombing in Afghanistan two weeks ago, Faye Hillis thought about all the military veterans she had mourned at her hometown’s lone funeral home.

Her father who came home from World War II. Her cousin who died in Vietnam. Too many friends and neighbors to count.

“I’m having all these flashbacks,” she said Wednesday as school children, families and veterans lined the village’s two main streets to honor Navy Corpsman Maxton Soviak.

While the war in Afghanistan is over, its harsh reality is still coming home as Americans now are beginning to honor and bury the last casualties to come back from a 20-year war that claimed more than 2,400 American lives.

Stars and Stripes of all sizes and homemade signs saying “thank you for your service” decorated the procession route through northern Ohio where Soviak, 22, grew up before joining the Navy.

In suburban St Louis, thousands lined Interstate 70 to pay respects Wednesday to Marine Lance Cpl. Jared Schmitz, 20, whose body was escorted from the airport to a funeral home in St. Charles, Missouri. Many people brought American flags, and massive flags flew from the aerial ladders of fire trucks. The procession, which included about 1,000 motorcyclists from the Patriot Guard, was so long the Missouri State Highway Patrol closed the interstate to westbound traffic over the 8 1/2-mile route. 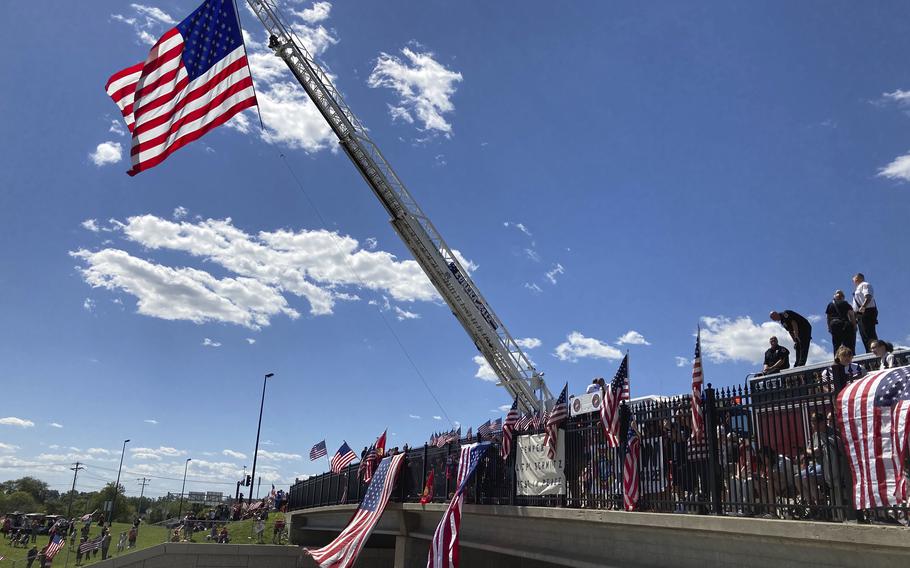 Among those paying his respects was 60-year-old Luther Loughridge, a retired lieutenant with the U.S. Coast Guard, who stood in uniform at salute for more than 20 minutes.

“It’s the last of the Afghanistan war, and he’s the last victim,” Loughridge said. “He gave his entire life and as a veteran, we respond to that.”

These are scenes that will repeat in the coming days in places including Omaha, Nebraska; Laredo, Texas; Logansport, Indiana; and Sacramento, California; for the 13 who died in the bomb attack Aug. 26 at Afghanistan’s Kabul airport during the frantic airlift in the conflict’s final days.

On a clear morning in rural Ohio, military veterans on motorcycles escorted Soviak’s remains the final 8 miles to his hometown, first passing through the neighboring village where inventor Thomas Edison was born and then by the stadium where just five years ago, Soviak was a football captain for the Edison High Chargers.

One final turn took the procession by the Soviak family’s home and onto a road dedicated to Army Sgt. David Sexton, who was killed in the Vietnam War, which up until now had been America’s longest war. 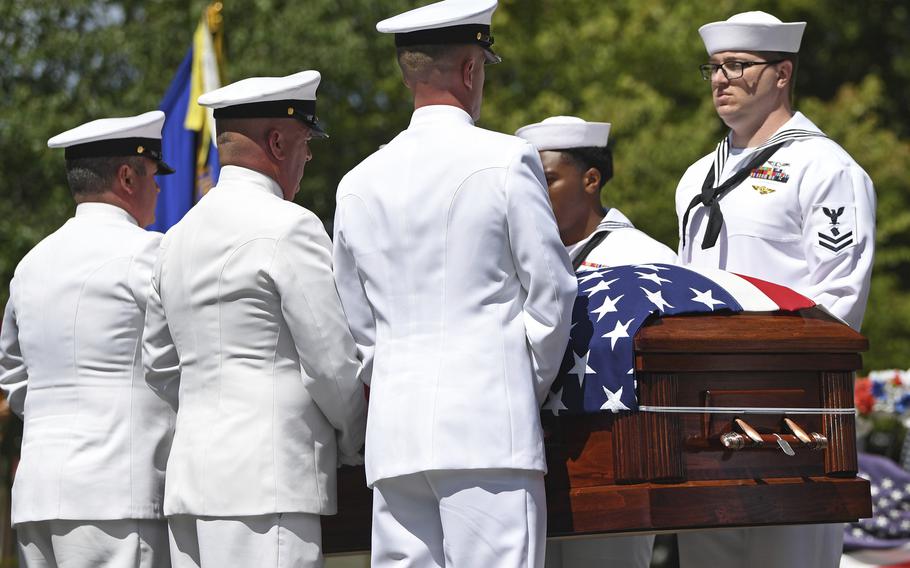 Right across the street from the funeral home, some of Soviak’s relatives watched from their front porch as a military honor guard carried his casket inside — just a week after the United States completed its withdrawal from Afghanistan.

The community will come together in a few days to honor Soviak at a public visitation Sunday at the high school. The funeral will be Monday morning at the school’s football stadium.

“We’re all struggling a bit,” said Kami Neuberger, a neighbor who thought of “Max” like another brother. “I just never thought it would happen.”

Just one year younger than Soviak, her older brother, who’s now a Marine, graduated from high school with him in 2017.

“He was always right alongside my brother, making fun of me, teasing, being goofy,” she said. “He tried to make everyone smile.”

A few houses down, Elyse Colwell sat on a blanket with her two toddlers. She thought about when she was in middle school and her father left for Afghanistan with his Ohio National Guard unit.

And she thought about how Soviak and many of the others killed in the bombing would have been right around the age of her own two children when the war in Afghanistan began shortly after the terrorist attacks of Sept. 11, 2001.

“These kids were toddlers when this began. It’s almost like they grew up with it,” said Colwell, adding that she’s worried about what will come next. “Just because we left doesn’t mean it’s over.”