Police: Shooter kills two then self at Florida supermarket 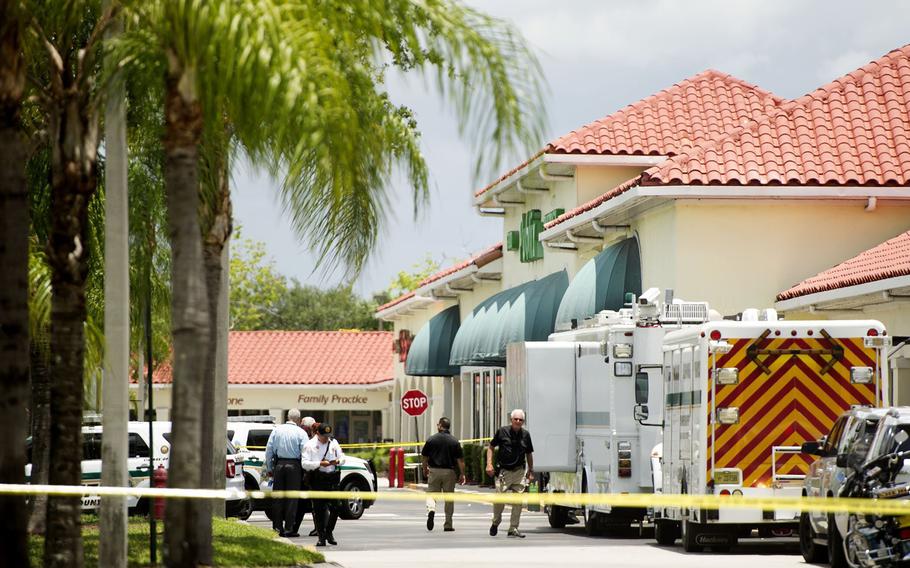 Police gather at the Publix shopping center at the scene of a shooting in Royal Palm Beach, Fla., on Thursday, June 10, 2021. Authorities say a shooting inside a Florida supermarket has left three people dead, including the shooter. (Greg Lovett /The Palm Beach Post via AP)

A man, woman and child died in the shooting at a Publix in Royal Palm Beach, Palm Beach County Sheriff's Office spokeswoman Teri Barbera said in a statement. She did not say whether it was the man or the woman who did the shooting, but said the shooter was among the three dead.

"Our thoughts are with those who are impacted by this tragedy," Publix said in a statement, adding that it is also cooperating with law enforcement. The company declined further comment. It is Florida's largest grocery chain and has more than 1,200 stores in the Southern United States.

Royal Palm Beach is a middle-class suburb of 40,000 residents, about 15 miles (24 kilometers) inland from Palm Beach.