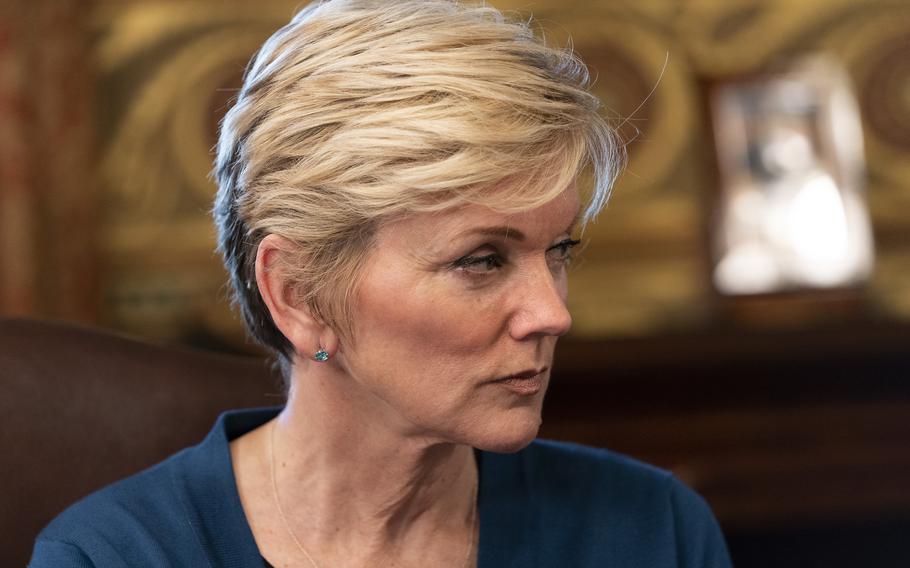 "I think that there are very malign actors who are trying," she said. She added: "Even as we speak, there are thousands of attacks on all aspects of the energy sector and the private sector generally."

Granholm noted, without mentioning the company by name, that Colonial Pipeline Co. was hit in May with a crippling cyberattack by a ransomware group. Colonial temporarily shut down its gasoline distribution networks in the South before paying $4.4 million to the hackers. She urged energy companies to resist paying ransom.

"The bottom line is, people, whether you're private sector, public sector, whatever, you shouldn't be paying ransomware attacks, because it only encourages the bad guys," she said.

Granholm even spoke in favor of having a law that would ban paying such ransom, though she said, "I don't know whether Congress or the president is at that point."

Asked whether American adversaries have the capability now of shutting down the U.S. power grid, she said: "Yes, they do."

Former Secretary of State Condoleezza Rice said the United States and other countries should talk to countries such as Russia, which is believed to be the origin on some ransomware attacks, about law enforcement and intelligence cooperation "to shut it down."

Rice said this would "test the reality of how much the Russian government is or is not involved" in these attacks.

Granholm was on CNN's "State of the Union" and NBC's "Meet the Press," and Rice appeared on "Face the Nation" on CBS.