US wraps up nearly 2-week minesweeping exercise with India, Japan 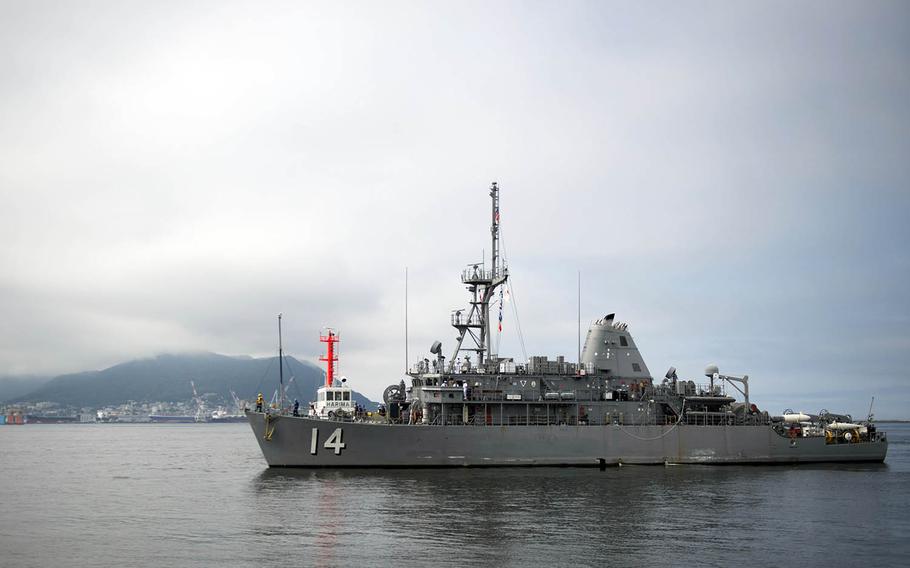 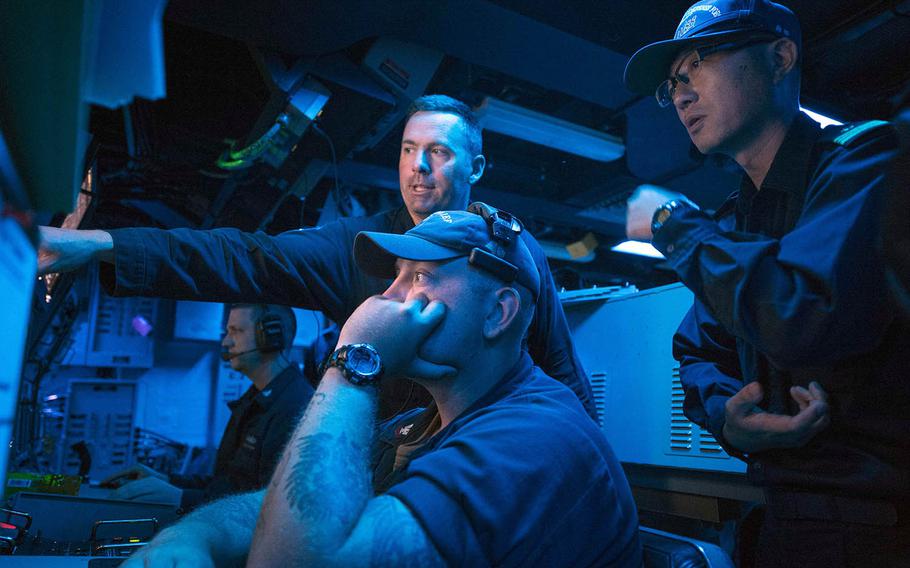 The Avenger-class minesweeper USS Chief, along with 19 Japan Maritime Self-Defense Force ships and explosives ordnance disposal observers from India, honed their skills in Mutsu Bay, Japan, during Mine Countermeasures Exercise 2JA 2018, which began July 18 and wrapped up Monday.

“The Indo-Pacific region is a very large and complex area with large amounts of maritime trade,” Capt. Adrian Ragland, the commodore of the Sasebo-based Mine Countermeasures Squadron 7, told Stars and Stripes in an email.

“Sea mines in this region threaten both security and commercial interests throughout the world,” he said. “It is important that we and our regional partners remain proficient to respond to threats at a moment’s notice.”

Mines are difficult and time consuming to counter and impact the security and commerce of every nation, Ragland said.

“It is important that we can bring as many assets to the fight as possible and can work closely with our partner nations to rapidly and efficiently counter sea mines wherever they might be employed,” he said.

Iraqi mines damaged two U.S. ships — the USS Princeton and the USS Tripoli — in the Persian Gulf on Feb. 18, 1991. It took eight nations to ensure the area was safe for ships after the war.

More recently, the threat of mines in the Red Sea off the coast of Yemen has prompted international minesweeping efforts.

The exercise in Japan culminated with U.S. and Japanese ships clearing a route through a simulated underwater minefield.

“At every opportunity (we) reaffirm our commitment and relationships with partner nations,” Ragland said. “We do not waste any opportunity to learn from each other.”