US wrapping up Black Sea training with allies 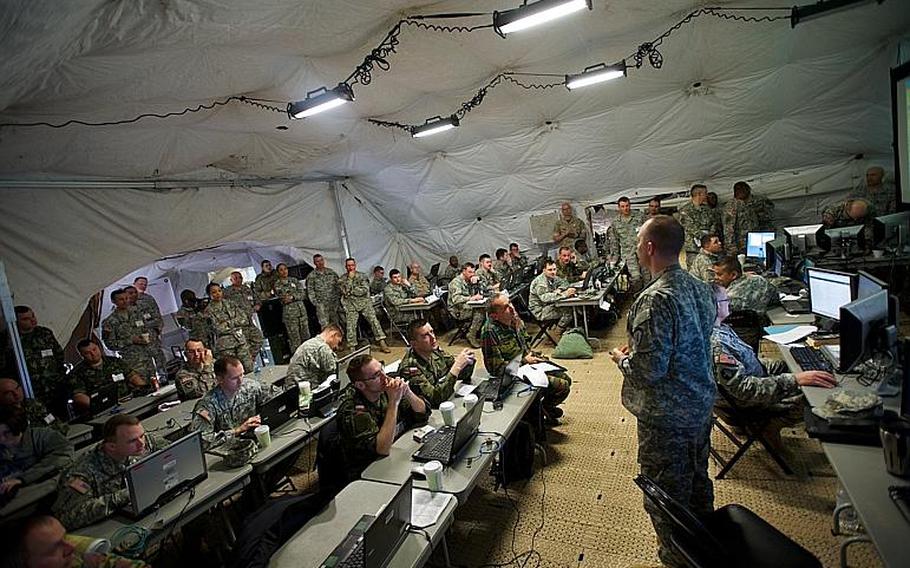 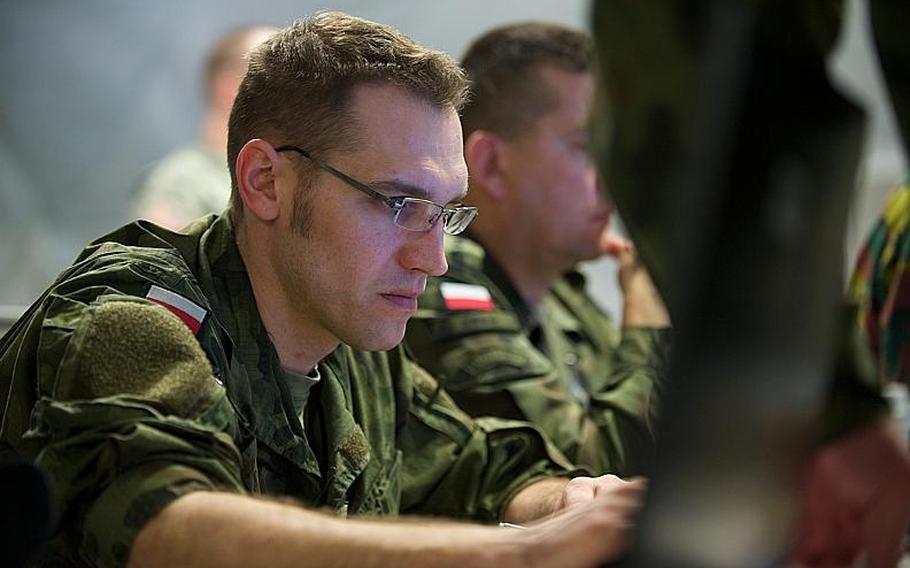 Soldiers from the Polish Land Forces participate in Saber Guardian 2014, a multinational military exercise involving about 700 military personnel from the U.S. and 12 other nations, mostly in the Black Sea region. The exercise is being held at Novo Selo Training Area, Bulgaria. (Brooks Fletcher/U.S. Army)

The U.S. director of a military exercise in Bulgaria on Wednesday played down the drills’ significance as a signal to Russia, while drawing a sharp contrast between Moscow’s unilateral actions in the Black Sea region and the U.S.-led training there.

Dubbed Saber Guardian, the exercise involves some 700 soldiers and 13 countries, including a number of former Soviet Bloc nations that are eager to forge closer bonds with the West. All of the countries involved were welcomed into Bulgaria by its government to work together “in full partnership,” Maj. Gen. Richard Longo said.

“You can draw the conclusions as you will,” he said.

Longo, the U.S. Army Europe’s deputy commander, spoke to Stars and Stripes by phone Wednesday from Novo Selo training area in eastern Bulgaria, where he’s been serving as one of the exercise’s directors. The base, a few hundred miles from the Black Sea peninsula of Crimea, is a frequent host of U.S. and NATO forces.

The exercise, which began March 21 and is set to end Friday, was meant to give Black Sea militaries experience in working together with the U.S. and NATO “so that if something ever were to happen and we were required to work together, we will have practiced it,” Longo said.

The exercise includes personnel from Armenia, Azerbaijan, Belgium, Bulgaria, Georgia, Moldova, Poland, Romania, Serbia, Ukraine, Turkey and the U.S. It is focused on peace support and humanitarian assistance — not combat — and geared toward staff officers and leaders who would have to manage such a crisis.

“It’s a very safe thing to work together,” Longo said, “but if you’re in a tactical operations center and you are trying to manage information ... it almost doesn’t matter what the exact mission is. You still get good training on mission command.”

The participation of 16 Ukrainian soldiers in the training was in the works long before the current crisis, Longo said.

About half the Ukrainian contingent was part of a multinational unit trying to manage a series of simulated situations, including riots, a chemical plant explosion and displaced-person camps. The rest worked with another multinational group devising the disasters behind the scenes.

“We were quite happy that they were able to continue to fulfill their commitment even with everything that’s going on in their country,” Longo said.

The next Saber Guardian will take place in Ukraine, he said, noting that the choice of location was “coincidental.”

“But that’s where it’s currently scheduled to take place, and my assumption is that it will take place.”