US workers in Germany taking government shutdown talk in stride 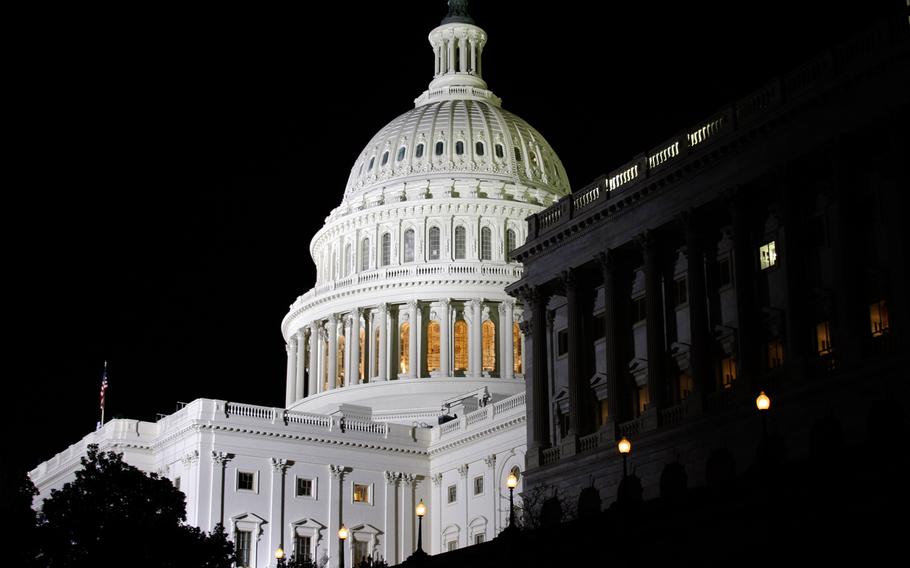 NOTE: An earlier version of this story incorrectly stated that employees furloughed for more than 14 days would lose post allowance and that those furloughed more than 30 days would lose living quarters allowance. Those rules apply to personnel who are administratively furloughed, but do not apply when furloughs are triggered solely by a lapse in appropriations.

KAISERSLAUTERN, Germany — With just days to go before a possible government shutdown, U.S. military and Defense Department civilian workers in Germany are largely shrugging off the impasse as business as usual.

Government civilians acknowledge they are likely to take it on the chin more than most if Washington can’t reach a budget deal or extend the federal government’s spending authorization beyond Monday.

But with so little time to prepare, and little influence over the drama playing out in Washington, some say they can’t do much more than grin and bear it.

“I’ll take it in stride, I guess,” said David Kelso, an Army civilian who was furloughed for six days over the summer.

Defense officials have warned that should Congress and President Barack Obama not strike a deal before Tuesday — Oct. 1, the start of the new fiscal year — the ensuing shutdown would trigger emergency furloughs, which are likely to target the same workers affected by furloughs over the summer, like Kelso.

Furloughs would hit employees in the wallet, but would not affect allowances such as living quarters and post allowance, according to a U.S. Army Europe spokesman.

The guidance coming from the Pentagon is the same as was distributed prior to another near shutdown in 2011 — exactly the same. Deputy Defense Secretary Ash Carter on Monday distributed a copy of the Office of Personnel Management’s 2011 “Guidance for Shutdown Furloughs.”

“Every year they talk about shutdowns,” said Jeri Tegtmeyer, a physical science technician for the Army’s Public Health Command in Landstuhl. “It’s one of those things that, every year, it’s the same thing.”

She’s looking forward to starting a new job in about a month, even though it’s with another government agency — the Department of the Treasury. Unlike the Defense Department, its employees weren’t furloughed because of sequestration, she said.

Kelso, an Army civilian who was visiting Germany on vacation from his job at Fort Detrick, Md., said there’s little he and other government workers can do to make lawmakers come together on a spending bill, and little they can do to prepare.

That could compound the problems for some employees who were living paycheck to paycheck because of the last round of furloughs, Kelso said.

Some were forced to delay major purchases, such as new cars, he said. Another round of furloughs, “that will put a damper on a lot of people.”

Unlike hundreds of thousands of federal workers, military personnel aren’t facing furloughs or loss of pay if the government shuts down Tuesday. But troops’ wallets could still feel the pinch, as their pay could be delayed, starting with the Oct. 15 paycheck, if lawmakers fail to agree on a spending plan.

But few servicemembers interviewed this week at Ramstein Air Base were fazed by the threat of another Washington budget impasse — if they even were aware of it.

A few apologized for not being able to speak about the possible government shutdown because they didn’t know about it. “Now that you mentioned it, I’ll go home and read about it,” said one airman while walking out of the Kaiserslautern Military Community Center.

“I’m not particularly worried about it right now,” said Spc. Mitchell Bailey, 32, who read about the looming government shutdown on Facebook. “My wife worries for the soldiers living paycheck to paycheck.”

Bailey, assigned to the 95th Military Police Battalion at Sembach, was deployed to Iraq in April 2011, the last time the government came close to a shutdown during budget negotiations.

Officials with U.S. Air Forces in Europe U.S. Naval Forces Europe-Africa and U.S. Army Europe referred queries about how their respective commands were preparing for a possible government shutdown to the Pentagon.