US, Turkey discuss dispute over Syrian town where US forces operate 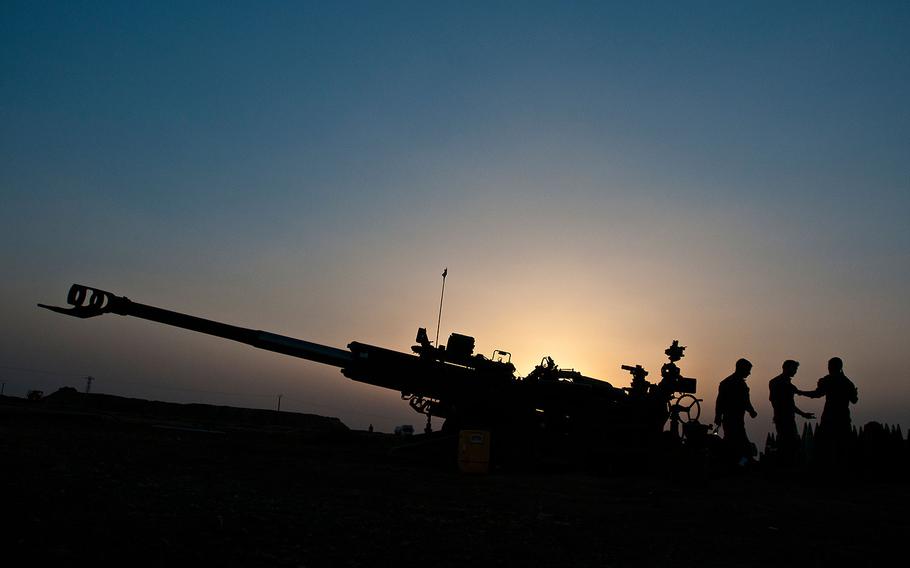 Coalition advisors prepare for another night of fire missions at an outpost near Dashisha, in northeast Syria, on June 8, 2018. (Timothy R. Koster/U.S. Army)

Coalition advisors prepare for another night of fire missions at an outpost near Dashisha, in northeast Syria, on June 8, 2018. (Timothy R. Koster/U.S. Army) 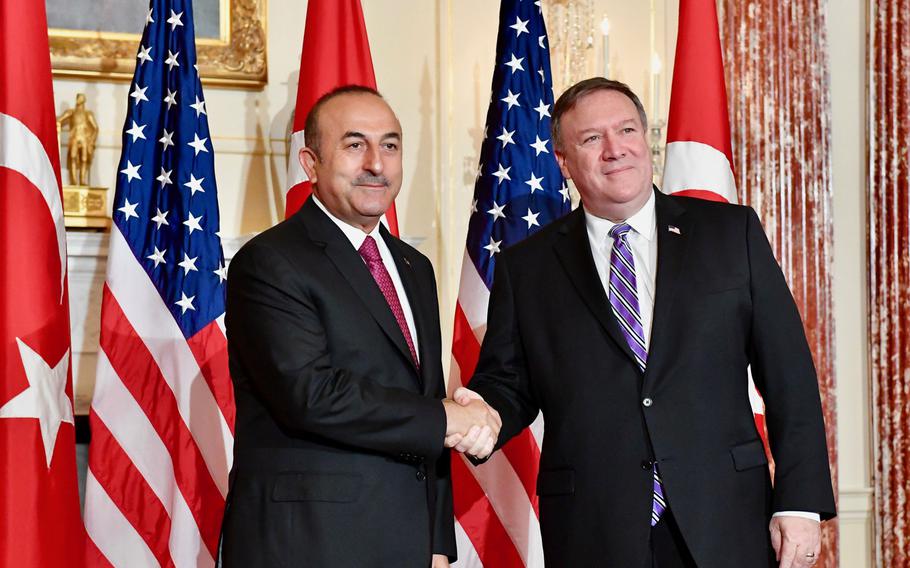 STUTTGART, Germany — U.S. and Turkish military officials worked on a deal to resolve a dispute over the contested Syrian town of Manbij during three days of talks at U.S. European Command headquarters that ended Wednesday.

U.S. forces have been operating in Manbij, working alongside Kurdish partners who have been key to the campaign against the Islamic State group in the region. The partnership has infuriated Turkey, which regards the U.S.-aligned Kurdish People’s Protection Units as terrorists.

The dispute — one of many with Ankara — has strained U.S. relations with NATO ally Turkey, which has sought out closer relations with Russia as its standing in the West has flagged.

“The U.S. is committed to a sustainable long-term arrangement in Manbij that ensures stability and security, while also addressing the concerns of our NATO ally Turkey,” Pentagon spokesman Eric Pahon said Tuesday in an email. “The U.S. is working with Turkey to promote local governance acceptable to all parties, including the people of Manbij.”

Pahon said both sides are working on a road map that “represents a starting point for cooperation with Turkey and our local partners to ensure stability and to promote local governance that is representative of the people of Manbij.”

A joint statement on the agreement did not include details or timelines and said unspecified steps would be taken to ensure “security and stability.” But Turkish officials have said the road map calls for the eventual withdrawal of Kurdish forces in the area.

Defense Secretary Jim Mattis said on Monday the countries would use the meetings in Stuttgart to discuss their military force positioning in the area and collaborative patrols.

The Pentagon said it would not go into further detail about the talks.