US troops might still pay more than before to transport pets 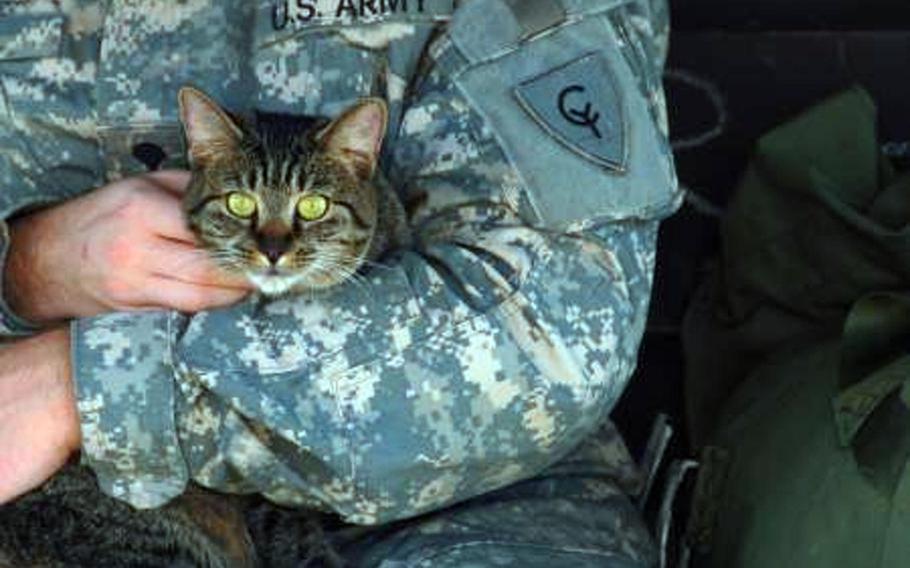 Military families who are changing duty stations will pay on average $300 to $400 to fly pets back to the U.S. on United Airlines under the policy announced by the airline Wednesday. (U.S. Army photo)

CAMP FOSTER, Okinawa &mdash; The cost for servicemembers to ship their pets from country to country on United Airlines has gone up slightly more than expected, despite the carrier&rsquo;s promise to reduce new cargo fees for military travelers.

When United merged with Continental Airlines earlier this year, it adopted Continental&rsquo;s PetSafe program, and the cost of transporting pets jumped from a rate of $283 to nearly $4,000, depending on the size of the animal and the flight&rsquo;s destination.

Following outcry from military families, who are often required to fly on United, the airline granted military members traveling on orders an exemption to some of the cargo program fees. It turns out, military members are not exempt from all of the costs associated with the PetSafe program and, as a result, the prices of transporting pets are higher than United had announced.

At the time, United said the move would decrease pet transportation costs to an average of $350. In some cases, it&rsquo;s nearly double that.

&ldquo;The exception policy never stated that we would waive the PetSafe fees,&rdquo; United spokeswoman Mary Ryan wrote in an email response to Stars and Stripes. &ldquo;Our fees are highly competitive for the product we offer, and military families still need to pay these PetSafe fees.&rdquo;

For Air Force Capt. Jacob Gonzales and his wife, Kimberly, who are moving to Europe from Nevada, those fees totaled $1,150 to fly their two cats to Germany as part of an upcoming transfer. Before the merger, shipping two cats on the same flight would have cost about $560.

&ldquo;I called PetSafe to book our two cats on the flight, and was told they can only fly cargo,&rdquo; Kimberly Gonzales wrote in an email.

&ldquo;I checked my email after booking the cats and was appalled when I saw $1157.95 plus tax as our estimated cost.&rdquo;

Mary Seward-Yamada, who operates a business helping servicemembers transport pets from Okinawa, said prices have definitely gone up under the PetSafe program, although she did say they now fall in line with other carriers, such as All Nippon Airways in Japan.

Still, Seward-Yamada said, shipping a dog from Japan to the U.S. on United will now cost about $450, a 60 percent increase over United&rsquo;s fees prior to the merger, and nearly 30 percent more than $350 average cost quoted by the airline following the merger.

Under United&rsquo;s exemption, those traveling on orders or changing duty stations can still check their pets as luggage at the airline service counter, while other passengers must check their pets through the cargo desk or through international cargo companies, Ryan said.

Either way, United will continue to charge its own new cargo fees to servicemembers based on the size of their animals and the length of the trip, she said.

&ldquo;We are making exceptions for the military by not adding additional fees and costs associated with shipping your animals internationally,&rdquo; the airline wrote.

&ldquo;This means that we will be shipping your animals as excess baggage, but at the cargo rates.&rdquo;