US troops in Niger, Mali and Cameroon to receive 'danger pay' 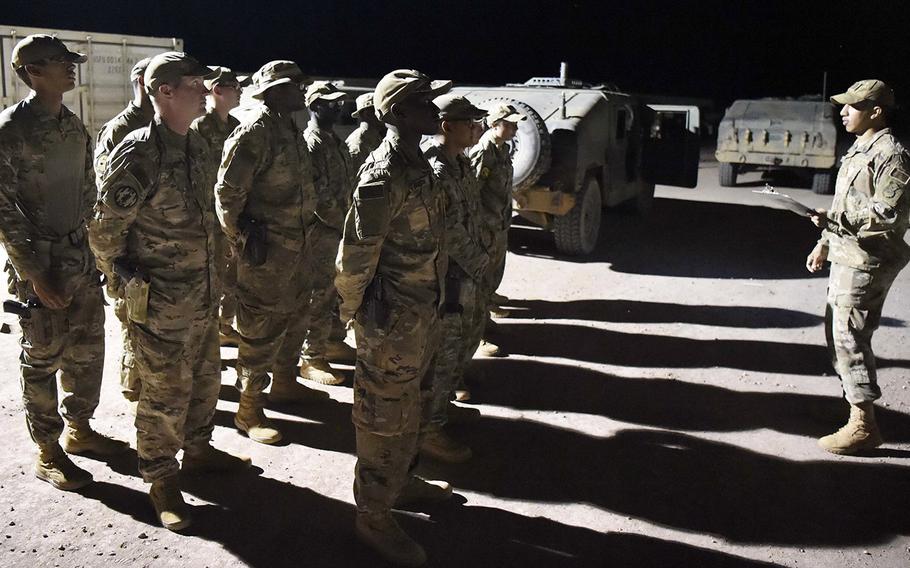 STUTTGART, Germany — U.S. forces deployed to Niger, Mali and Cameroon will now receive “imminent danger pay,” which will be awarded retroactively to some troops who operated in those countries, according to a Defense Department memorandum.

The decision to grant danger pay comes five months after an Oct. 4 ambush in Niger that killed four U.S. soldiers.

For troops, it means up to $225 more each month in pay, according to the memo dated March 5.

The lack of danger pay emerged earlier this week during a congressional hearing on U.S. Africa Command’s mission. Marine Corps Gen. Thomas Waldhauser, who leads AFRICOM, told lawmakers Tuesday that his troops were not getting the extra pay because his command was awaiting a decision from the Pentagon on their request for the stipend.

The additional money also will be paid retroactively, going back to June 2017, the memorandum states.

It was unclear Thursday why troops in Niger and Mali, countries where terrorist groups have active insurgencies, were not getting the extra pay already.

Separate from danger pay, servicemembers involved in a hostile fire incident will receive hostile fire pay for the month in which the incident occurred, said Maj. Carla Gleason, a Defense Department spokesman.

“The Army posthumously authorized hostile fire pay for the four soldiers killed in October 2017,” she said in a statement.

Hostile fire pay or imminent danger pay owed a servicemember at his or her death will be included in the final settlement paid to survivors, the military said.

“This would apply to payments of the survivors of the four soldiers killed in Niger,” Gleason said.

AFRICOM recently completed an investigation into the ambush, which is now being reviewed by Defense Secretary Jim Mattis.