US troops in Japan must abide by curfew over holiday weekend 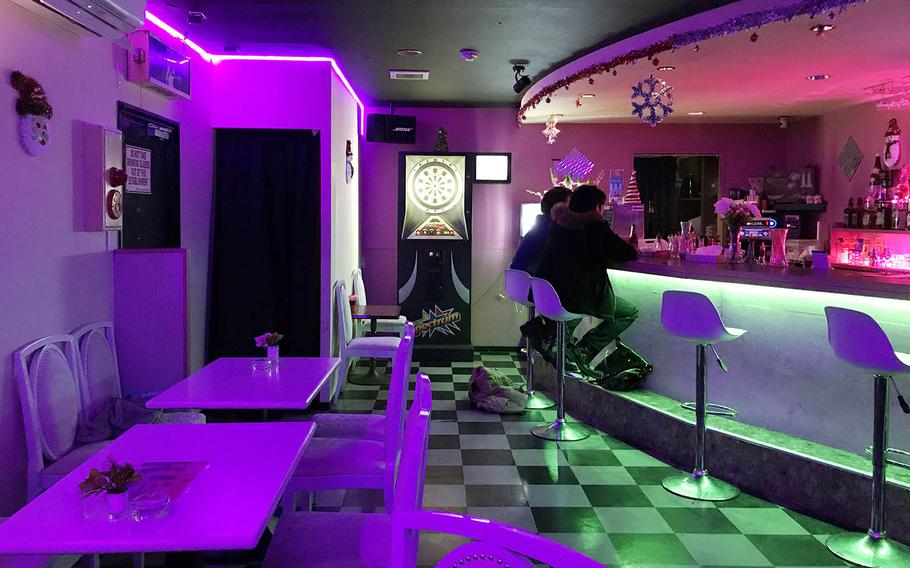 Milene's, a drinking establishment in an area known as "Bar Row" near Yokota Air Base, Japan, was empty aside from a couple of Japanese customers, Wednesday, Nov. 22, 2017. (Aaron Kidd/Stars and Stripes)

Milene's, a drinking establishment in an area known as "Bar Row" near Yokota Air Base, Japan, was empty aside from a couple of Japanese customers, Wednesday, Nov. 22, 2017. (Aaron Kidd/Stars and Stripes) 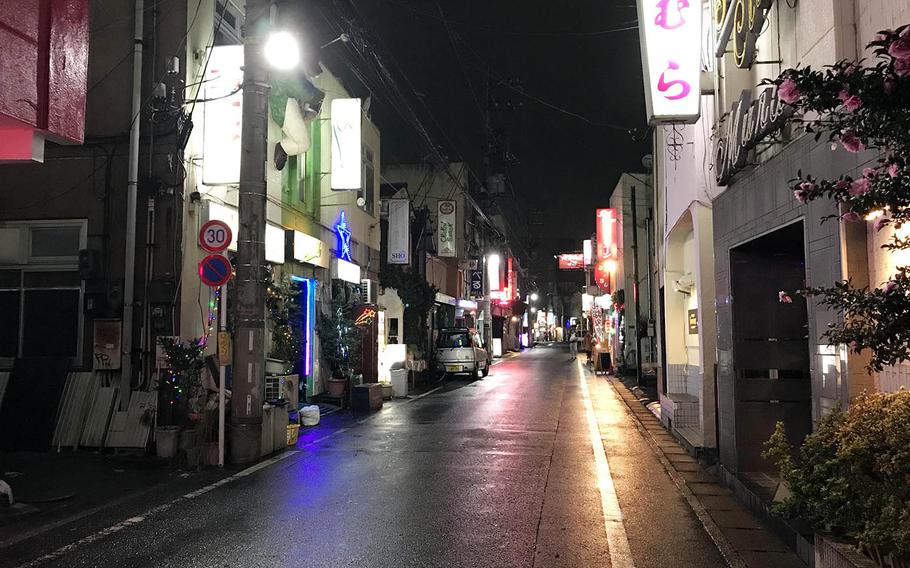 An area known as "Bar Row" near Yokota Air Base, Japan, is mostly empty the night before Thanksgiving, Wednesday, Nov. 22. 2017. (Aaron Kidd/Stars and Stripes) 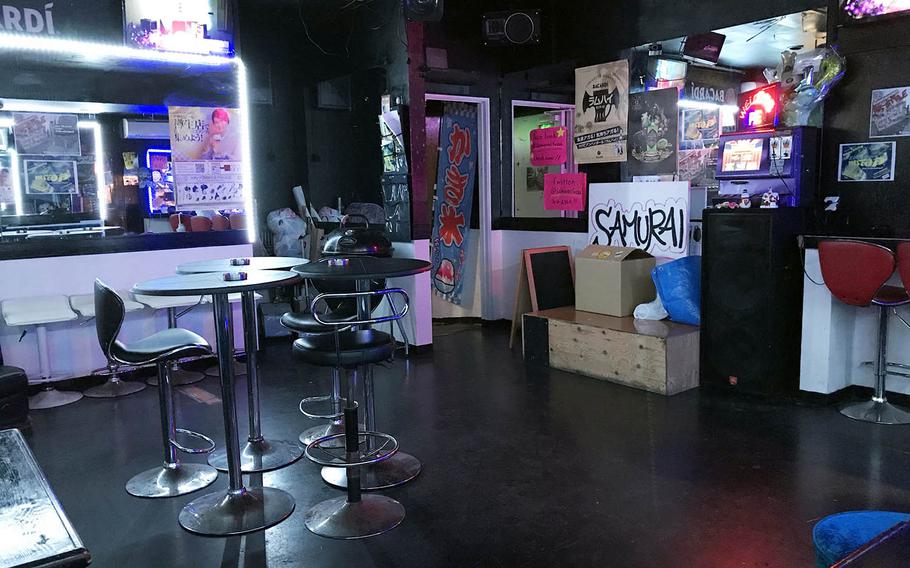 Samurai, a nightclub in an area known as "Bar Row" near Yokota Air Base, Japan, was empty the evening before Thanksgiving, Wednesday, Nov. 22, 2017. (Aaron Kidd/Stars and Stripes)

YOKOTA AIR BASE, Japan — All troops in Japan must abide by a new curfew over the holiday weekend, part of the fallout after a 21-year-old Marine was involved in a fatal vehicle crash on Okinawa.

An alcohol restriction, which applies on and off base for all servicemembers in Japan, took effect Sunday evening and remains in place until further notice.

“Effective immediately, curfew in Japan applies to all service members regardless of rank and will be in effect from midnight until [5 a.m.]," U.S. Forces Japan spokesman Capt. Tyler Hopkins said in an email Wednesday. “Service members on official duty or with waivers by authorized commanders may travel off base for approved reasons.”

Under normal circumstances, USFJ’s Japan-wide curfew applies only to lower enlisted servicemembers and runs from 1 a.m. to 5 a.m.

Servicemembers on Okinawa are no longer under “Tier 3 Liberty Status,” a restriction that required them to return to their quarters after work and prevented them from taking authorized leave on the southern island prefecture. Sunday’s crash happened in Naha, Okinawa’s capital.

Okinawa is home to about half of the approximately 100,000 U.S. servicemembers, civilian base workers and their families stationed in Japan.

Commanders across Japan have also been directed to “immediately lead mandatory training to address responsible alcohol use, risk management and acceptable behavior,” a USFJ statement said. All military members and U.S. government civilians in Japan are required to attend.

Lance Cpl. Nicholas James-McLean, 21, was arrested early Sunday on suspicion of negligent driving resulting in death and driving under the influence of alcohol.

The Marine, who was off duty at the time, was driving a government-owned vehicle at about 5:30 a.m. when it collided with a minitruck driven by Japanese national Hidemasa Taira, 61, at an intersection, officials said.

On the evening before Thanksgiving, effects of the alcohol ban were on display at an entertainment district known as “Bar Row” near Yokota Air Base in western Tokyo.

The area was mostly quiet on a night known by some in the U.S. as “Blackout Wednesday,” because it is associated with drinking since many don’t have to work the next day.

Few non-Japanese were spotted patronizing the area’s many bars and nightclubs. Only two customers – both non-American – sat at the bar at Milene's, a second-floor nightclub in the heart of the district.

Owner Angelane Misawa said her establishment has continued to serve mostly Japanese and Filipino customers since the alcohol ban; however, she expects Americans to stay away for a while.

Bar staff have been asking non-Asian patrons if they are military personnel and remind them about the USFJ-mandated restriction before serving them.

Misawa said she heard about the alcohol ban from friends on Okinawa.

"I understand there's a problem," she said, before adding that it’s important for servicememebers to relax after work.

"Americans come here to dance and sing and talk about fun things – not work – and get rid of stress," she said.