US troops deployed to Israel get a new barracks 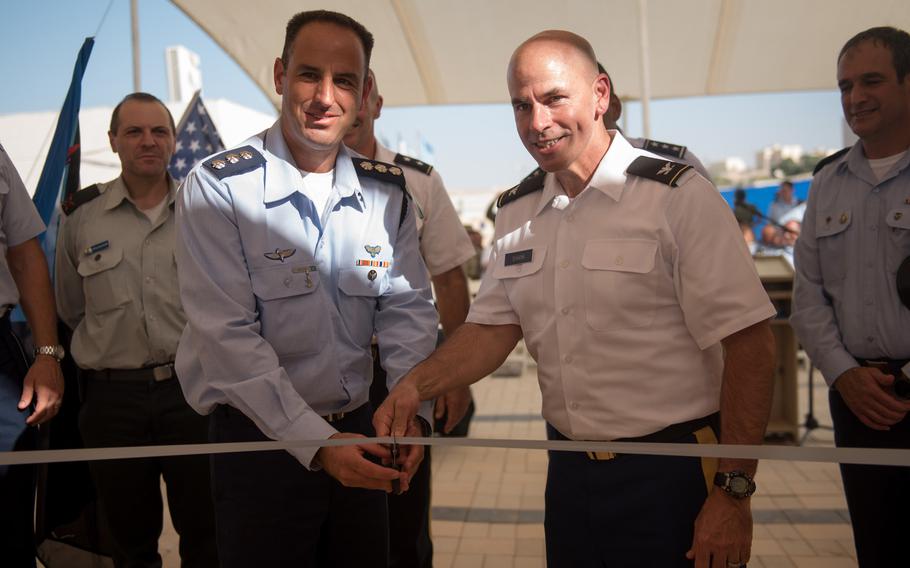 A small group of U.S. troops carrying out a missile-defense mission in Israel is taking up residence inside a new barracks building on an Israeli base in an effort to improve living conditions for troops.

The barracks, which officially opened during a ceremony Monday, will house about 40 soldiers, U.S. European Command said Tuesday.

Various media accounts described the facility as a new, first-of-its-kind U.S. military “base” in Israel, but EUCOM said that was a mischaracterization of the site, which provides troops with a place to sleep, a dining facility and recreation area.

“The building will function as a living facility for U.S. servicemembers, who are currently working at the Israeli base,” said Meghan Henderson, a EUCOM spokeswoman.

In 2009, EUCOM sent troops to Israel to operate the X-Band radar in the Negev Desert, which is intended to give Israel an early warning in the event of an Iranian missile launch. The radar is useful against medium- and long-range ballistic missile attacks. The new barracks building is inside an Israeli air force base in the Negev.

“This is not the first time military forces are operating in Israel; the U.S. military has worked closely with Israeli Defense counterparts for many years,” said Maj. Mark Miller, a U.S. Army spokesman, in a statement.

The building supports troops operating in Israel on a rotational basis, USAREUR said.

Israel maintains an elaborate missile-defense system to guard against a wide range of threats, including Iron Dome, which was designed to shoot down short-range rockets fired from the Gaza Strip. Israel’s Arrow system counters longer-range threats from Iran.

In April, Israel unveiled David’s Sling, which was jointly developed with the U.S. and targets medium-range threats.