US trains with Southeast Asian nations to visit, board, search and seize ships 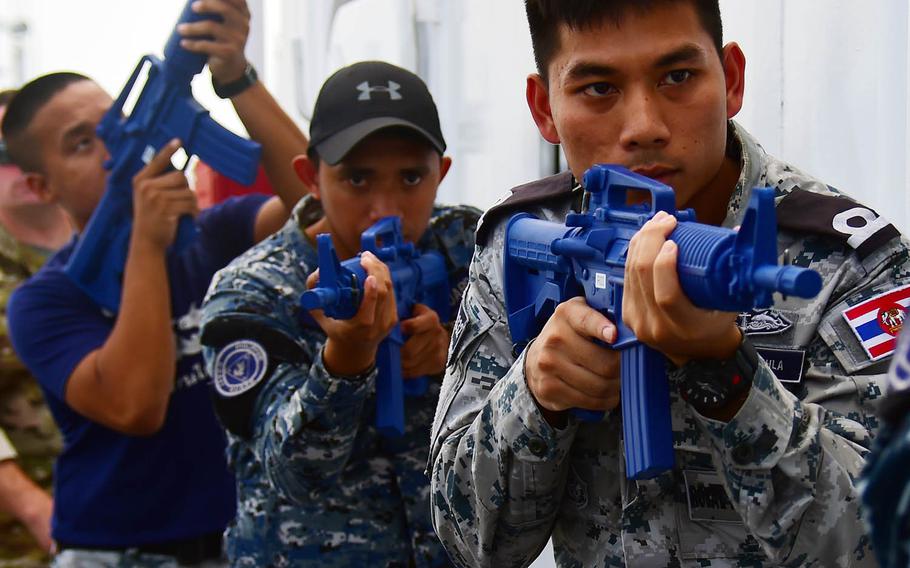 The Navy, Coast Guard and personnel from eight partner nations are training to visit, board, search and seize vessels in Southeast Asia.

Three vessels will take part in 15 boarding operations at sea along with 100 personnel from multiple nations, the Navy’s Singapore-based Task Force 73 commander Rear Adm. Joey Tynch told reporters, according to a transcript of a telephone press conference Thursday.

Tynch declined to identify the location of the at-sea training; however, Singapore’s Straits Times newspaper said it was taking place in the South China Sea, the Straits of Malacca and Singapore.

“Based on the situation, ships and aircrafts from participating navies and coast guards including the U.S. Navy’s P-8A Poseidon maritime patrol aircraft will investigate and conduct at-sea boardings as necessary,” the statement said.