US to give Philippine police $26.5 million to fight terrorism 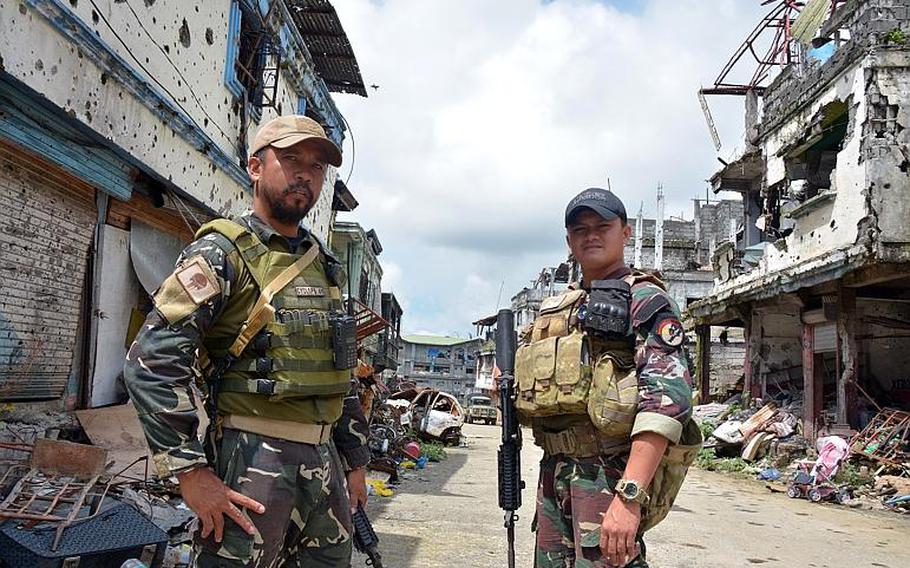 The United States will give the Philippines $26.5 million over the next two years to boost police counterterrorism efforts.

“The assistance will include training, equipment, and other support to build comprehensive law enforcement capacity within a rule of law framework to deny terrorist operations, funding, and movement,” the U.S. Embassy in Manila said Thursday in a statement announcing the funding.

The Philippines is battling Islamic State-inspired terrorists, including those ejected from the southern city of Marawi following a bloody siege last year. Leftist groups such as the Communist Party of the Philippines and the New People’s Army also pose a terror threat in the islands.

The U.S. Agency for International Development said it has committed $26.4 million to helping communities impacted by the Marawi conflict.

The U.S. gave Philippine law enforcement $32 million in 2016 but canceled the provision of 26,000 M4 assault rifles to police over concerns about extrajudicial killings in maverick President Rodrigo Duterte’s drug war.

Under President Donald Trump, ties have warmed with an end to public criticism by U.S. officials of the counter-narcotics effort and more robust military engagement.

The new law enforcement funding will help pay for the investigation and prosecution of terrorism cases and programs to counter radicalization to violence and violent extremism, the embassy said.

The support parallels U.S. efforts to build counterterrorism capabilities in the Armed Forces of the Philippines.

In March, for example, the U.S. delivered six ScanEagle surveillance drones worth $13 million to boost counterterrorism capabilities among other things.

“The United States is a proud ally of the Philippines and will continue to provide whole-of-government support and assistance to Philippine counterterrorism efforts as we work together to address shared threats to the peace and security of both of our countries,” the embassy said.