US to discuss future troop rotations with new Philippine president 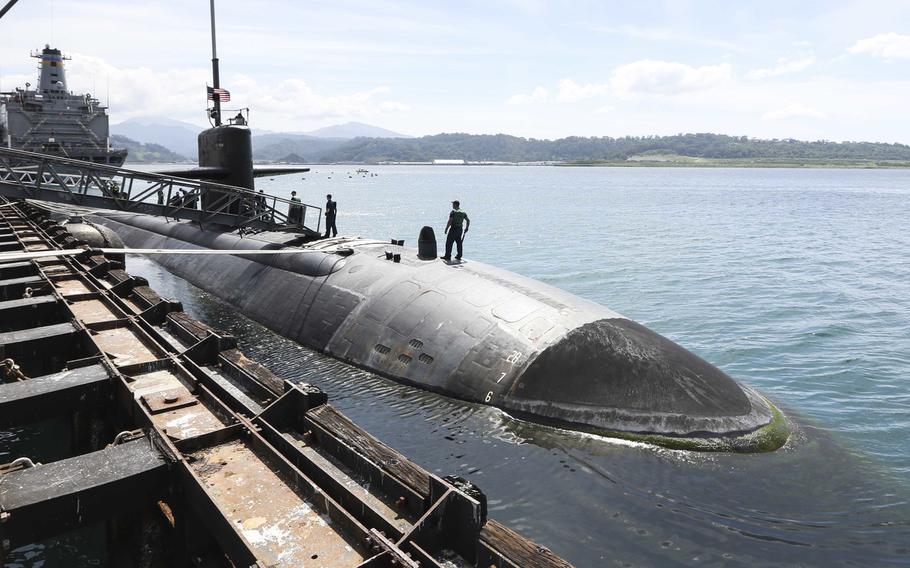 Those rotations are part of a deal providing for closer U.S.-Philippine military cooperation that was agreed to under the outgoing administration of President Benigno Aquino.

The deal followed growing concern in the Philippines about Chinese moves in the South China Sea.

In the weeks since Duterte’s victory in early May, however, the president-elect has signaled that he will try to repair strained relations with China and reduce Philippine reliance on the U.S. to address regional security issues, including the militarization of the South China Sea.

At a press conference this week, Duterte, who takes office June 30, said he welcomes direct Philippine-Chinese negotiations and that his country would “not be dependent upon America” in charting its future policy.

“We have this pact with the West, but I want everybody to know that we will be charting a course of our own,” Duterte said, according to Reuters. “It will be a line that is not intended to please anybody but Filipino interest.”

The Philippines is among many countries in the region that have been at odds with China’s actions in the South China Sea, including the reclamation of land in the Spratly Islands and the seizure of Scarborough Shoal from the Philippines in 2012.

During his visit to Manila in April at the end of joint U.S.-Philippine military exercises, U.S. Secretary of Defense Ash Carter announced the U.S. would temporarily leave behind 275 military personnel, special operations aircraft and A-10 attack planes as part of the U.S.-Philippines Enhanced Defense Cooperation Agreement.

The resumption of a regular, rotational U.S. military presence on the islands would “deter uncalled-for action by the Chinese,” outgoing Philippine Defense Minister Voltaire Gazmin said at the time.

It remains to be seen, however, what Duterte’s election means to U.S. plans in the Philippines.

On Wednesday in a briefing with reporters, Carter said that the terms of the defense agreement, which include increased U.S. rotations, “are on track. We haven’t changed our plans at all.”

The U.S.-Philippine relationship, Carter said, “is an alliance relationship, we take that very seriously. It’s longstanding. It is iron-clad. It is with a democracy. So they have a new government there, and we look forward to working with them.”

The U.S. will discuss the security agreement with Duterte and his administration after he is sworn in, said a senior U.S. defense official traveling with Carter, who is traveling to Singapore for the annual Shangri-La security dialogue.

“I’m sure we’ll have very thorough discussions on all of this when the time comes,” the official said on background. “Everything we do in the context of our alliance with the Philippines is designed to allow the Philippines to chart its own course.

“We expect to continue a strong alliance with the Philippines that is balanced and is in both our mutual interests and our mutual benefit,” the official said.

However, the initial rotation of 275 U.S. troops and aircraft has left the Philippines, the defense official told reporters

Talks about follow-on forces are ongoing, he said.

Whether the new Philippine government will welcome the negotiated presence and U.S. patrols of the Scarborough Shoal remains to be seen, the defense official said on condition he not be named.

China has demanded an end to U.S. air patrols and freedom-of-navigation sails above and around the man-made islands. Beijing has called the patrols a violation of its sovereign territory and accused the U.S. of increasing tensions in the region, a claim the U.S. disputes.

China’s military buildup of the South China Sea islands, North Korea’s continued ballistic missile tests and counterterrorism initiatives are expected to be discussed at the three-day Shangri-La security conference, to be attended by defense officials from Europe and Asia.

China did not send its defense minister to the annual meeting, and the Philippines is sending its current, outgoing delegation. Carter said he did not have plans to hold bilateral meetings with either country.

However, various U.S. officials here for the conference will be traveling on to Beijing for the Strategic and Security Dialogue, including Deputy Secretary of State Tony Blinken and Assistant Secretary of Defense For Asian and Pacific Security Affairs David Shear.