US, Thailand focus on anti-submarine drills at Guardian Sea 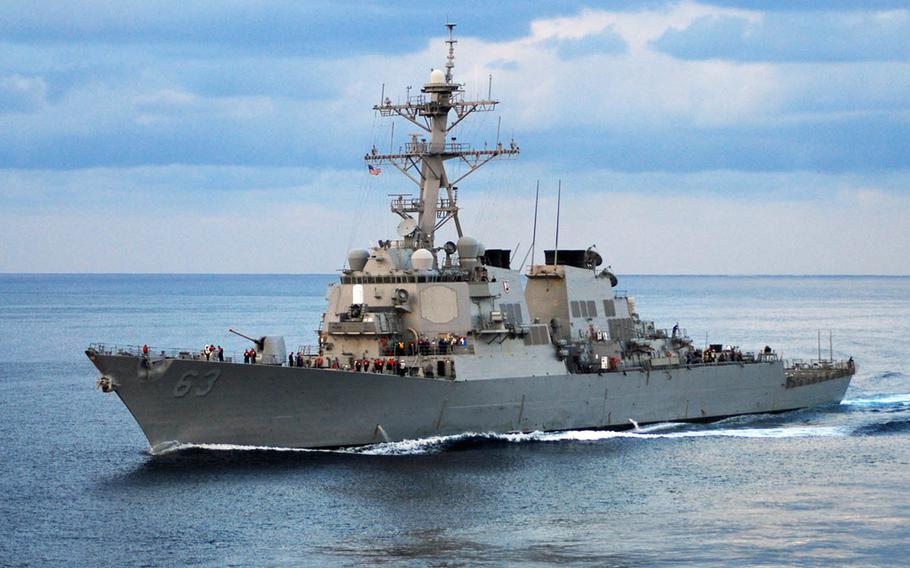 The guided-missile destroyer USS Stethen is in Thailand for Exercise Guardian Sea, which includes personnel from the U.S. 7th Fleet's Task Force 73 and Destroyer Squadron 7. The U.S. and Royal Thai navies will focus on "anti-submarine warfare and maritime domain awareness," a Navy statement said. (Courtesy of U.S. Navy)

The U.S. and Thailand navies are focusing on “anti-submarine warfare and maritime domain awareness” during drills that began Monday off the Asian country’s west coast.

Exercise Guardian Sea, which runs through Friday in the Andaman Sea, includes personnel from the U.S. 7th Fleet’s Task Force 73 and Destroyer Squadron 7 and features the guided-missile destroyer USS Stethem, a P-8A Poseidon aircraft and a Los Angeles-class submarine operating alongside Thai ships and aircraft, a Navy statement said.

Capt. H.B. Le, commodore of Destroyer Squadron 7, called this year’s exercise “the most complex to date.”

“Guardian Sea provides our navies the opportunity and challenge of detecting and tracking submarines, and to practice procedures related to anti-submarine warfare,” Le said in the statement.

The exercise will include a short shore phase featuring seminars and exchanges between subject-matter experts from both navies.

“Guardian Sea is an excellent opportunity to operate at sea in a realistic training environment with our friends and partners in the Royal Thai Navy,” said Cmdr. Doug Pegher, the Stethem’s commanding officer. “Our sailors gain valuable experiences from these engagements, and we build important maritime relationships that endure beyond the exercise.”

The U.S. trained with the Thai military in February during a scaled-down version of Cobra Gold, an annual exercise it has co-hosted with Thailand for more than three decades.

The U.S. began limiting its involvement in Cobra Gold last year in response to the Thai military seizing control of the nation in May 2014. In February, 3,288 U.S. servicemembers — down from 3,600 in 2015 and 4,300 in 2014 — were involved in the exercise, which is among the world’s largest multinational military events.