US special operators in Europe get new boss 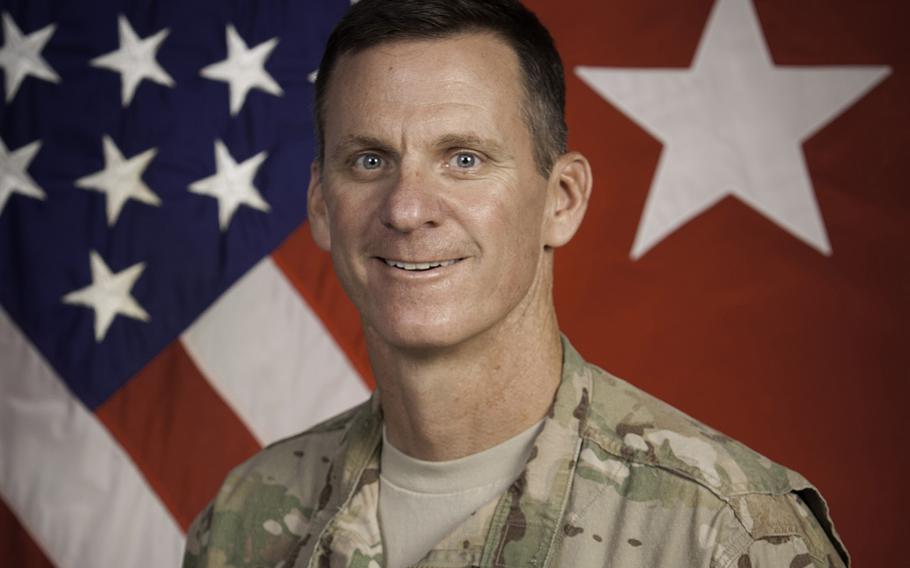 Schwartz, who previously served as a deputy commander of the 1st Cavalry Division, replaces Maj. Gen. Gregory Lengyel, who has led SOCEUR during a time of transition and upheaval in Europe.

“This is a warrior,” Thomas said. “Over a quarter of a century in special operations and almost all of it in harm’s way.”

As the leader of the special operations community in Europe, Schwartz must contend with a resurgent Russia and instability along NATO’s southern flank, where allies such as Turkey have been challenged by the rise of the Islamic State group.

Gen. Curtis M. Scaparrotti, head of U.S. European Command and NATO’s supreme allied commander, credited the outgoing Lengyel with leading SOCEUR through a period of adaptation in Europe, where special operations forces have been a quiet, but consistent, presence along NATO’s eastern flank.

Lengyel, who will move on to serve as deputy commander for the military’s Joint Special Operations Command, was “the right person at the right time” as Europe went from being a “security provider” to a “security consumer,” Scaparrotti said.

Added Thomas: “Greg and his team have provided extraordinary leadership over an incredibly turbulent two-year period of command.”

When Lengyel assumed command in 2014, Russia has just seized Ukraine’s Crimea Peninsula — a move that upended a sense of post Cold War calm in Europe.

In addition to their work with partners in eastern Europe, SOCEUR troops have provided reassurance to a “restive ally” in Turkey, Thomas said.

“Most of us could not spell ISIL much less Daesh,” said Thomas, using alternative acronyms for the Islamic State group.

Meanwhile, Thomas said Schwartz is the right commander to carry the mission forward.

Calling it a “distinct honor,” Schwartz pledged to build upon the command’s work as it contends with a new security environment.

Under Lengyel, “SOCEUR has effectively transitioned the command’s operational intention, operational priorities and concept of partner engagement to address these strategic threats,” he said.