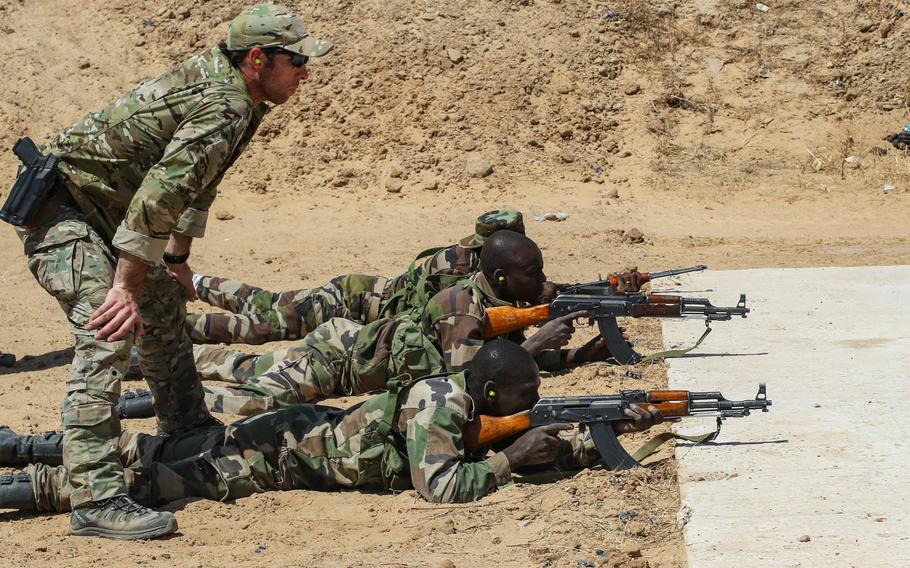 STUTTGART, Germany — U.S. special operations forces kicked off their largest exercise in Africa on Monday in Niger, a country that is at the center of a growing counterterrorism mission.

The focus of the two-week Flintlock 2018, which involves eight African and 12 Western countries, is the day-to-day threats faced by local forces on the ground, the top U.S. commander of special operations troops in Africa told reporters before the exercise.

“The scenarios will be based on real-world threats of the violent extremist organizations currently threatening our partner nations in the greater Sahel,” a belt of territory between the Sahara Desert and the Sudanian Savanna, said Maj. Gen. J. Marcus Hicks, head of Special Operations Command Africa.

The emphasis has shifted from a focus on tactical proficiency of small units to the command and control of joint forces, he said.

Niger has emerged as a hub for U.S. operations in the region. A new drone site is being developed in the central Niger city of Agadez, where a Nigerien military base will play a key role in this year’s exercises.

A joint multinational headquarters for Flintlock will be set up in Agadez, where military teams will conduct command and control over tactical units spread out in Niger, Senegal and Burkina Faso. Those countries, along with Chad, Mali and Mauritania, are part of a joint regional response force involved in regional counterterrorism.

West Africa is home to numerous extremist groups, such as Nigeria-based Boko Haram, the Islamic State and various al-Qaida-aligned organizations. ISIS and al-Qaida affiliates are descending through central Mali, threatening not only Mali but also Burkina Faso and Niger, Hicks said.

In October, four U.S. soldiers were killed in western Niger in an ambush while on patrol with Nigerien forces. The incident has brought increased scrutiny to U.S. efforts in Niger and raised questions about whether American troops are taking on unnecessary risks to counter what is still a regional threat. So far, jihadis in Western Africa have not demonstrated a capacity to strike the U.S. directly.

Niger is an isolated, land-locked country that is among the world’s poorest. The government is struggling with persistent food shortages as the population is set to double in 18 years. The concern is that fragile countries like Niger could become vulnerable to extremists groups looking for potential havens.

“Africa matters to us because it is a preventive-medicine theater versus an emergency-medicine theater,” Hicks said. “What I mean by that is that these threats, as they exist in Africa, are at a level where they can be dealt with ... at a very low cost.”