US, South Korea to form combined division next year 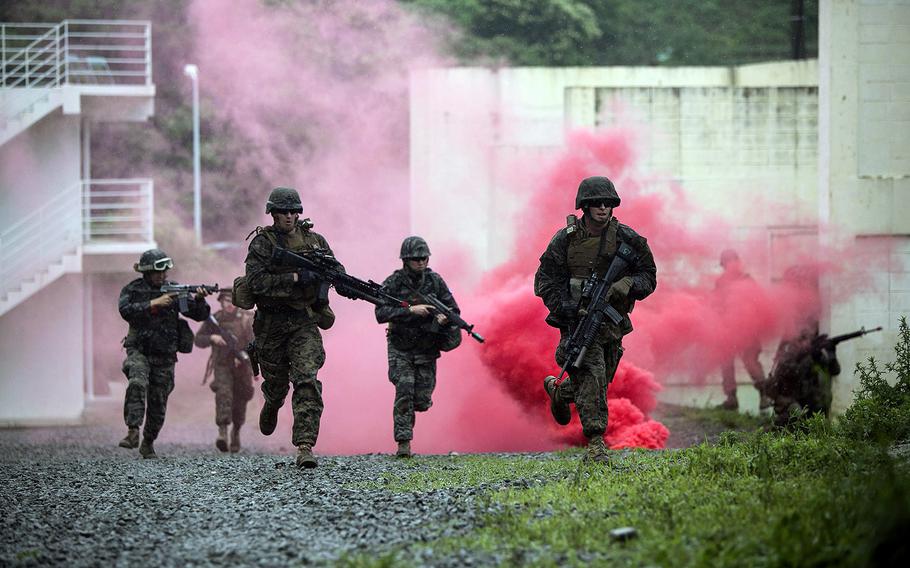 Republic of Korea and U.S. Marines advance through a haze of smoke on June 12, 2014, at a training center in Pohang, Republic of Korea. Defense officials announced Thursday, Sept. 4, 2014, that the U.S. and South Korea will form a combined division early next year to improve the allies’ warfighting capabilities and create more opportunities for efficient joint training. (Drew Tech/U.S. Marine Corps)

“It is also going to serve as momentum to overcome problems, including sentiment and language, between the U.S. and South Korean troops,” said a spokesman for South Korea’s Ministry of National Defense.

He said the combined division will be headquartered in Uijeongbu and headed by an American commander with a South Korean deputy.

U.S. Forces Korea commander Gen. Curtis Scaparrotti told reporters last November that a combined division was a “strong possibility” and would “be a strong additive to our alliance.”

Few details were released Thursday, though USFK said in a statement that “combined planning at all affected levels of command is ongoing.”

An MND spokesman said the size of the division is “secret.” During peacetime, troops from each country will live at separate bases and train together as needed, he said.

Another MND official told South Korea’s Yonhap News the division will include soldiers from the 2nd Infantry Division and a South Korean brigade-level unit. If war broke out, the troops would jointly carry out “strategic operations” such as missions to eliminate weapons of mass destruction and civil missions against North Korea, he said.

He said the division’s leadership will include an equal number of personnel from each country.

The combined division will eventually move to Pyeongtaek as the 2nd Infantry Division shifts to Camp Humphreys as part of a long-planned relocation of most Army forces on the peninsula to regional hubs. The relocation is expected to largely be completed by 2017 as the $10.7 billion expansion of Humphreys finishes, military officials have said.

Officials from both countries emphasized that creation of the new division would not affect plans for the move.