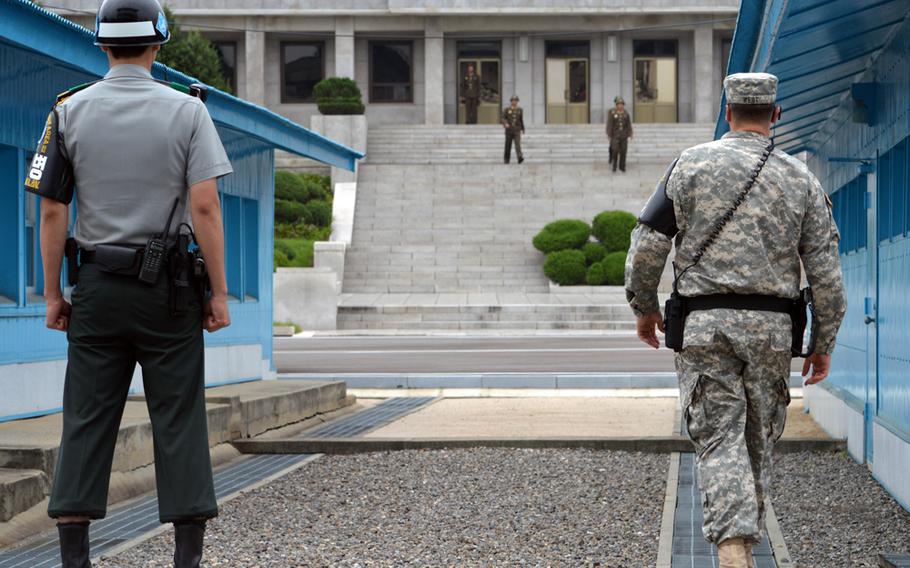 SEOUL — A joint U.S.-South Korean task force will study Seoul’s ability to respond to possible North Korean provocations as officials consider whether to delay transferring U.S. wartime control of allied troops to South Korea, according to the Ministry of National Defense.

The task force will start work next month, and a decision on a delay is expected by the middle of 2014, an MND spokesman said Tuesday, speaking on customary condition of anonymity.

“North Korea is different from the past. Considering the third nuclear test and the situations from March to May, the December 2015 deadline is not appropriate,” he said.

The top U.S. commander would now lead both U.S. and South Korean forces if war broke out on the peninsula. That responsibility would fall to the top South Korean commander after the transfer of operational control takes place.

A Pentagon-commissioned study last year suggested the U.S. military take a number of steps to cover for perceived shortcomings in the South’s ability to defend itself, including delaying the OPCON transfer.

The transfer was initially supposed to happen in 2007, but was postponed until 2012. In 2010, that target date was pushed forward again, to 2015, in the wake of criticism of the South’s response to North Korea’s sinking of one of its warships earlier that year that left 46 sailors dead.

U.S. Forces Korea said in a statement Tuesday that no formal proposal to adjust plans for the OPCON handover has been made, though progress toward the transfer was discussed as part of regular dialogue leading up to high-level security meetings earlier this month, “especially in light of North Korean provocations and the transformation of the North Korean threat.”