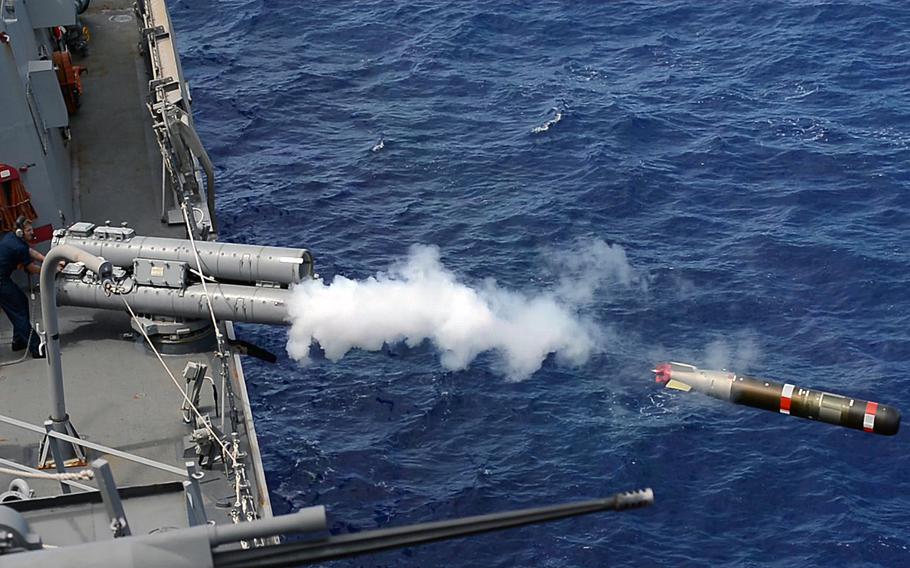 SEOUL, South Korea — The U.S. and South Korea are taking part in a large anti-submarine drill, less than a month after North Korea claimed it test-fired a submarine-launched ballistic missile.

A spokesman for South Korea’s Ministry of National Defense would not divulge the number of U.S. and South Korean troops taking part in the five-day drill, which ends Wednesday. He described it as the largest-ever such drill in terms of equipment and activity, though not in the number of personnel.

The exercise — being held off the southern coast of Jeju Island — is meant to deter enemy submarine provocations and strengthen South Korea’s ability to protect the sea shipping lanes that would be vital pathways during wartime, he said, speaking on customary condition of anonymity.

South Korean assets taking part in the drill include two submarines, 12 corvettes and an unspecified number of aircraft, he said, along with a U.S. P-8 Poseidon aircraft. U.S. Forces Korea deferred questions about the drill to South Korean defense officials.

South Korea’s Yonhap News, citing navy officials, said the drill was prompted by Pyongyang’s test-firing of an ballistic missile in May, though a navy spokesman described the exercise to Stars and Stripes as an annual event that was planned long before the test launch.

While North Korean leader Kim Jong Un praised the test as an “eye-opening miracle” that has given the reclusive country a powerful new weapon, analysts say images released by Pyongyang were doctored and that the launch may have been conducted from a submerged barge instead of a submarine.

North Korea also recently claimed that it has developed nuclear bombs small enough to fit in a missile warhead, an assertion dismissed by the U.S. State Department even though the commander of U.S. troops in South Korea said last year that he believed Pyongyang already had that technology.