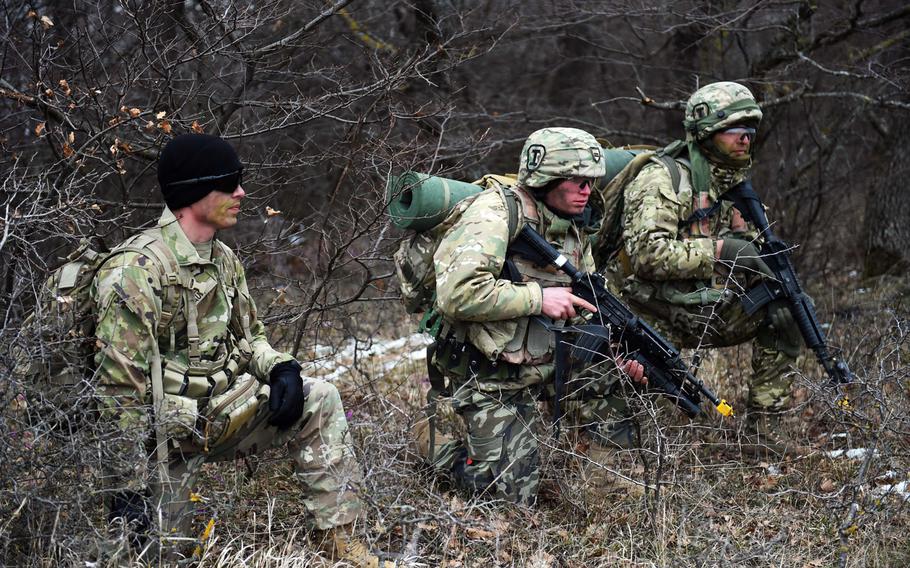 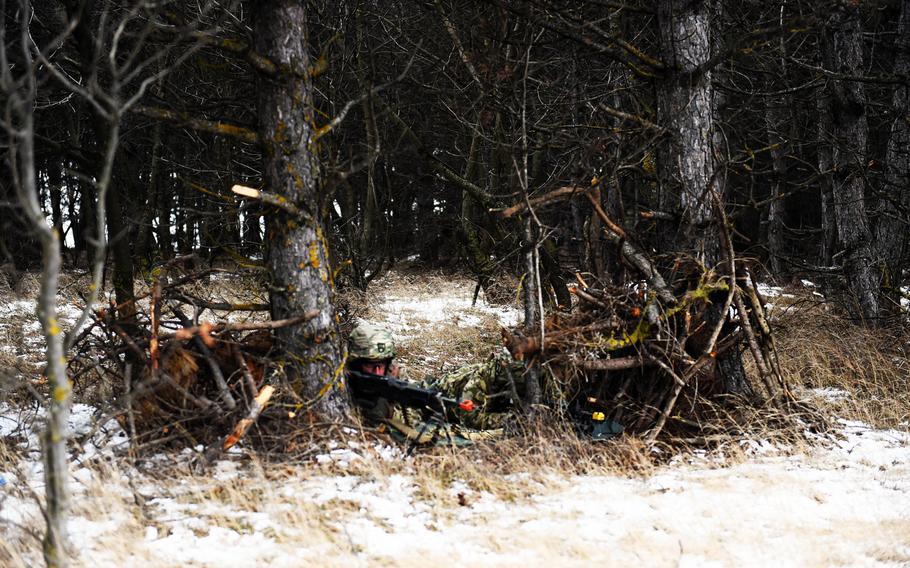 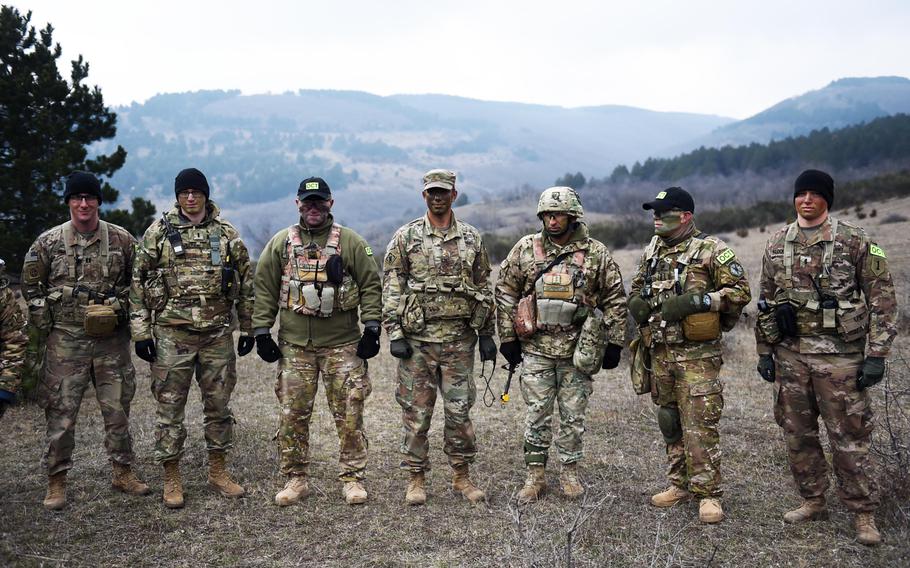 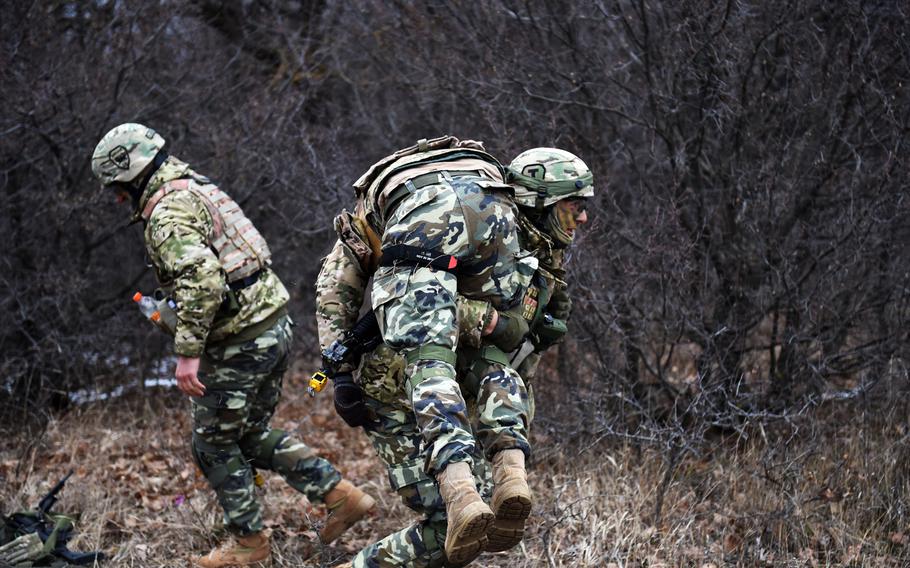 TBILISI, Georgia – Hidden behind a scraggy, mountain tree line with a clear view through a field of frost-covered grass, the soldiers were in a perfect position to ambush enemy forces moving in front of them, but nobody fired.

The soldiers were all waiting on the commanding officer to give them the “go ahead,” costing valuable time for the would-be ambushers.

This, U.S. advisers said, is a typical problem Georgian troops face during the training in the Georgian Defense Readiness Program, currently underway in the hills above Tbilisi.

“The Georgians are a little old fashioned,” said 1st Lt. Richard Klocksieben, one of the U.S. Army advisers. Like many former Soviet militaries, the Georgian noncommissioned officers frequently have fewer leadership responsibilities than their Western counterparts. “They rely too much on their senior officers for things they should be delegating to their NCOs.”

U.S. soldiers here have been advising their counterparts on when and how to use NCOs, and how to delegate more authority to the lower level soldiers.

“They have some problems, but they’re working on them,” Klocksieben said.

During the training scenario, in which Georgian soldiers defended their home country from a foreign invader, many of the soldiers have been using newer weapons the army has acquired, including Javelin anti-tank missiles and M240B machine guns — weapons the U.S. soldiers are very familiar with.

While the U.S. soldiers are not there officially to train them on the use of these weapon systems, the Americans have been offering tips and advice when they can, Navarro said.

“We let them know when we would use a Javelin or what kinds of positions we might set up (an M240B) for defense,” Navarro said. “They’ve taken to them very well.”

All nine of Georgia’s nine light infantry battalions are expected to undergo the training, aimed at modernizing the force, and will learn to use these new weapons to increase their defensive capabilities.

The Georgian army is in the process of building up its NCO corps, said Georgian Col. Roman Janjulia, commander of the training center.

Its old style of top-down leadership is a relic of the country’s past and a common problem in many of the former Soviet republics.

Unlike the other some of those other militaries, however, Georgian soldiers have been on extensive deployments to the Middle East, becoming the largest per capita contributor of soldiers to the international coalition in Afghanistan by late 2012.

That experience has led to a very effective military force, said Maj. Jon-Paul Navarro, the officer in charge of the several dozen U.S. troops here.

“Warfare is no stranger to them,” Navarro said. “The soldiers here are extremely motivated, and very experienced.”

In addition to loads of experience on the battlefield, the Georgian soldiers have another advantage — their hardiness — Klocksieben said.

“The weather here has been absolutely terrible. The winds are so cold that our guys are shivering, but the Georgian soldiers are all having a great time, joking around with smiles on their faces, like it doesn’t affect them,” he said.

The U.S. advisers say the Georgians are also especially good at mountain warfare, which comes as no surprise, as the country is at the heart of the Caucasus Mountains.

“I’ve had to hike up a few of these hills and its hard work. But we see the Georgians zipping up and down them like they’re nothing,” Klocksieben said. “They’re tough guys. They just need to work on their junior leadership.”