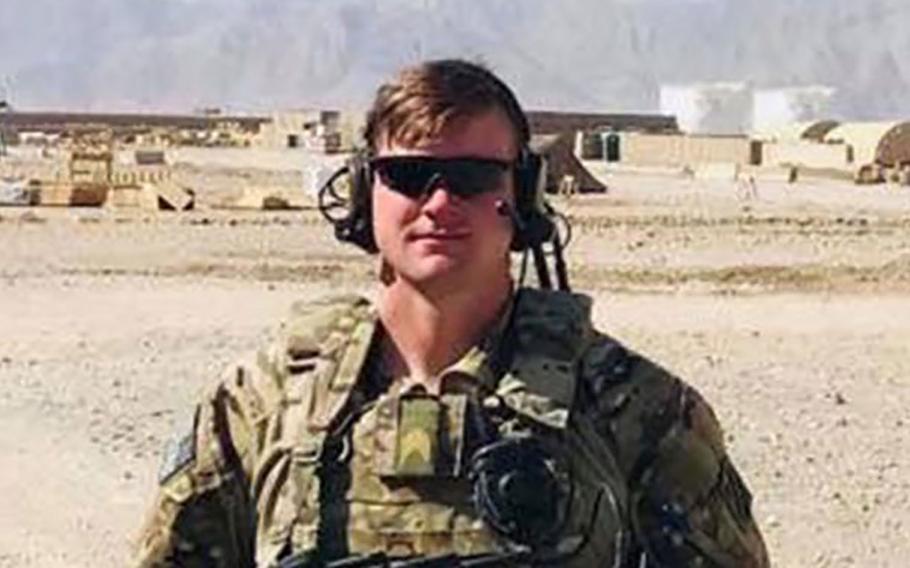 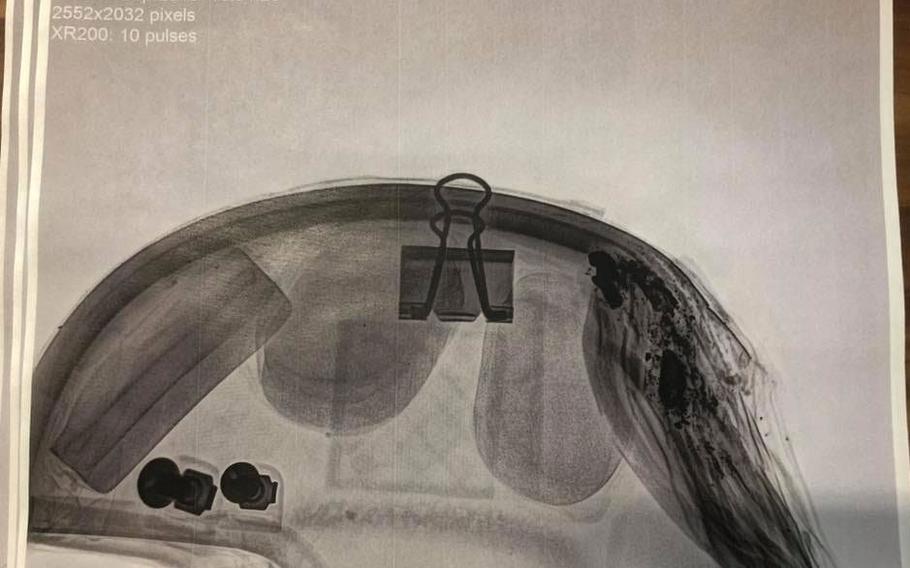 An X-ray image shared by Staff Sgt. Bryan McQueen on Facebook on Wednesday, Sept. 5, 2018, shows the extent of the damage to his helmet from an insider attack in Afghanistan's Logar province, days earlier. (Courtesy of Aaron McQueen) 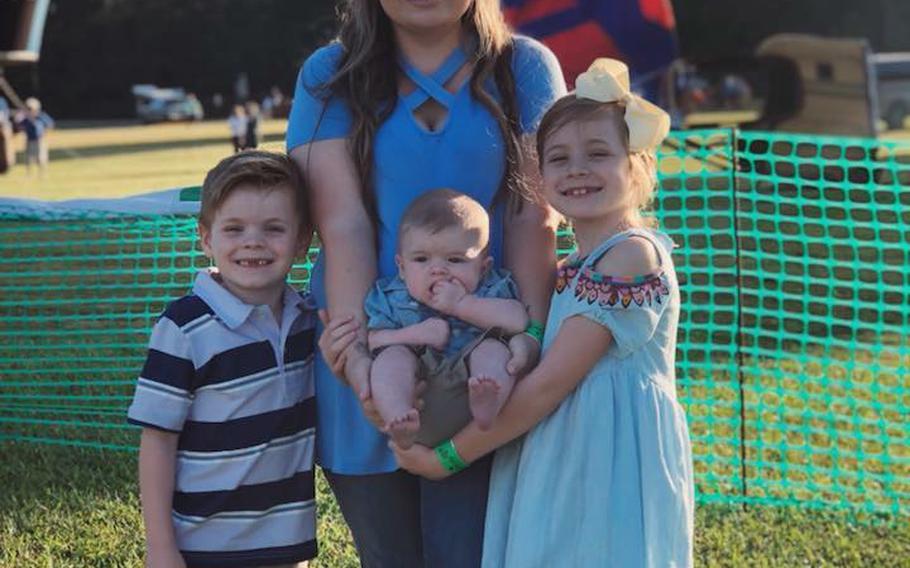 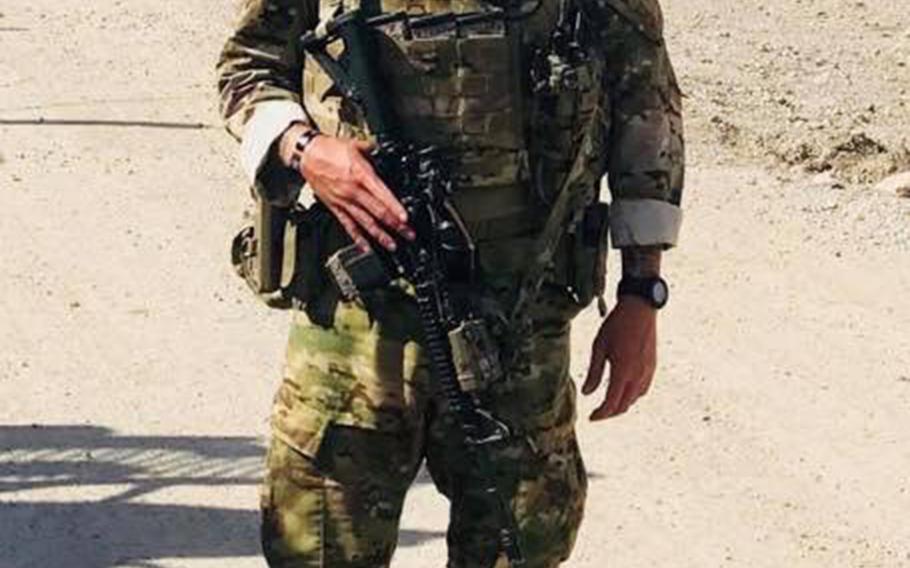 Pictured here in an undated photo from an undisclosed location in Afghanistan is Staff Sgt. Bryan McQueen, a seven-year Army veteran who was wounded in an insider attack in Afghanistan's Logar province on Monday, Sept. 3, 2018. (Courtesy of Aaron McQueen ) 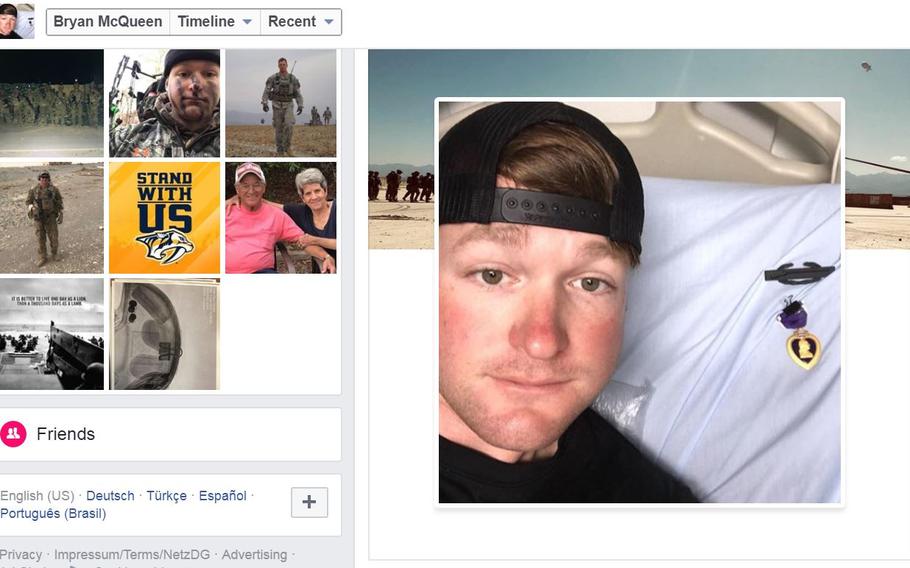 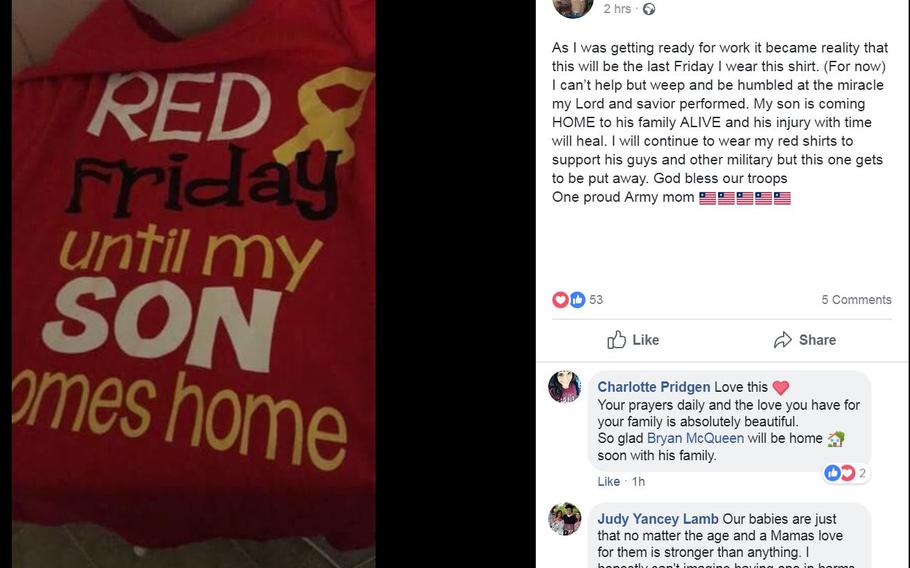 KAISERSLAUTERN, Germany — Army Staff Sgt. Bryan McQueen expects to be returning home in a few days with a minor injury following an insider attack in Afghanistan — a fate his mother said in a Facebook post was an answer to her prayers.

“As I was getting ready for work it became reality that this will be the last Friday I wear this shirt,” said Renae Spurlock, McQueen’s mother, in a post Friday morning alongside a photo of a red T-shirt printed with a yellow ribbon and the words “Red Friday until my son comes home.”

Bolyard, the senior enlisted soldier in 3rd Squadron, 1st Security Forces Assistance Brigade, a six-time recipient of the Bronze Star Medal, was on his seventh deployment.

U.S. and Afghan forces have stepped up efforts to prevent insider attacks, but officials have acknowledged it’s impossible to eliminate all such incidents.

McQueen’s wife, Aaron, told Stars and Stripes she wasn’t sure what to expect during the information blackout that goes into effect after such attacks, until her husband called her with the news.

“I was scared. I wasn’t sure how bad things actually were,” Aaron McQueen said via Facebook. “When I heard from Bryan, it was the best and worst news all at once.”

The couple were high school sweethearts who met in their hometown of Geneva, Ala., and married nine years ago.

Bryan McQueen was a member of C Co., 1st Battalion, 28th Infantry Regiment, which deployed in March as part of the 1st SFAB’s security force element.

Photos and status updates he shared on Facebook included a picture of him in a hospital bed with a Combat Infantry Badge and a Purple Heart medal pinned to the sheets, an X-ray showing damage to the back of his helmet and a few details of his injury.

“I’m currently in Germany,” he said in a post on Wednesday. “Minor bruise on the brain. All the blood from first CT scan is gone. I should be home within a week.”

He wants to thank his fellow soldiers, his medic and Bolyard’s family, his wife said. She’s also thankful, but “still extremely concerned” as she seeks out information about what to expect with his brain injury and “reintegration from an awful situation.”

Bryan McQueen is expected to depart for the States on Sunday. It’s not clear yet if he’ll go directly back to Fort Benning, Ga., where he’s stationed, or stop at Walter Reed National Military Medical Center first, his wife said.

When he gets home, he’ll get to meet his 4-month-old son, his third child, who was born one month after he deployed to Afghanistan, Aaron McQueen told Stars and Stripes.

The McQueen family has asked on Facebook that their loved ones keep Bolyard’s family in their prayers.

Bolyard is among seven U.S. servicemembers who have died in Afghanistan this year, and the second killed in an insider attack.

Spurlock told WTVY of Dothan, Ala., on Wednesday she grieves for Bolyard’s family “because I’m a soldier’s mom.”

Most of Spurlock’s family wears red on Fridays to show their support, as advocated by some military support groups, she told Stars and Stripes.

When her son went on his most recent deployment — his second, less than a year after an Afghanistan tour with the 101st Airborne Division — she had a red shirt printed up dedicated to him.

She gets to put that shirt away for now, she said. She’ll still be supporting the troops in her prayers and in her Friday attire.

“I’ll continue to wear red even after he’s home,” she said.