US soldier who died in Iraq leaves behind 'love of his life,' 3-year-old daughter 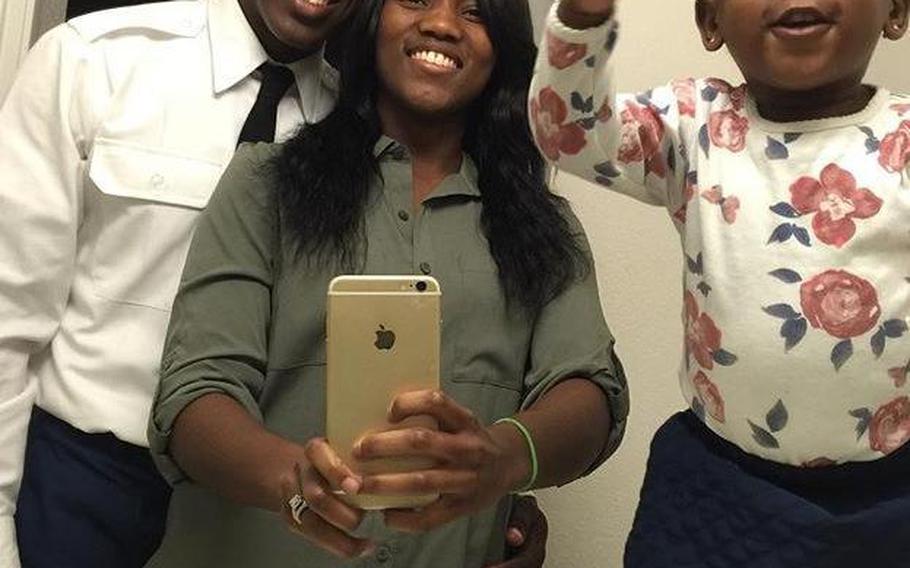 A U.S. soldier who died while supporting the anti-Islamic State coalition in Iraq has been identified as Spc. Javion Shavonte Sullivan.

Sullivan, of Fort Mill, S.C., died Monday in Iraq’s Al Anbar province in a noncombat incident, the Pentagon said late Tuesday. His death is under investigation.

He joined the Army to “make a better life for his family, fight for his country,” Patricia Hackett, the soldier’s aunt, told a local Fox News affiliate in South Carolina. “It was just something he wanted to do.”

The 24-year-old was married to the love of his life, Rayven, who he had been with for more than a decade, his aunt said. The couple’s daughter Mahogany, 3, will carry on Sullivan’s loving spirit, she said.

“He’s gone, but looking at her, she’s his twin,” she said. “We will always see Javion in Mahogany.”

He is the first U.S. servicemember to die while supporting the anti-ISIS campaign this year, and the 22nd since Operation Inherent Resolve began in the fall of 2014.

Over the past three years of fighting, ISIS has lost nearly all the territory it once controlled in Iraq and Syria. U.S. officials believe about 1,000 fighters are now operating in small cells in the desert near the Iraqi-Syrian border and in some of the cities that security forces have retaken and are continuing to clear and secure.

Thousands of U.S. and international troops continue to support the fight through training, advice, intelligence and precision fire support.