US soldier dies while on mission in Kosovo 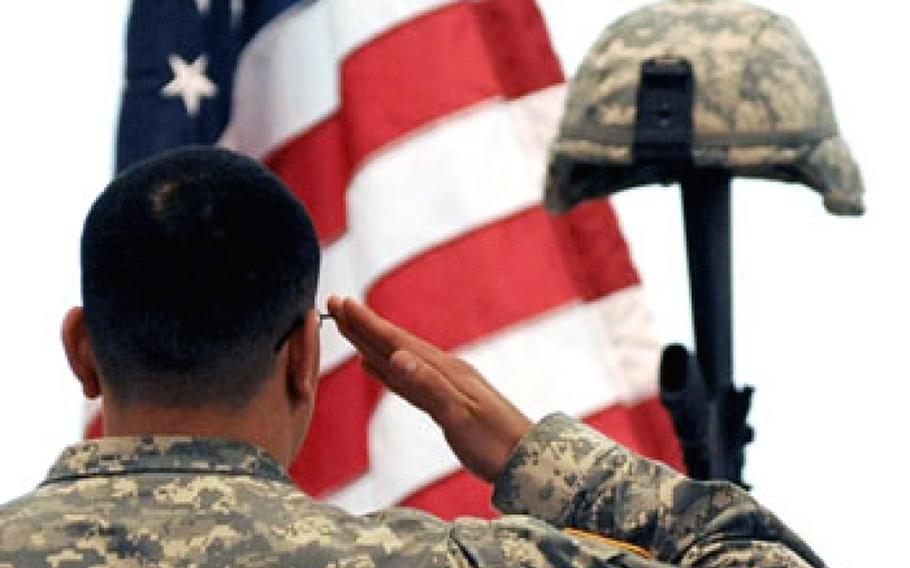 Buy Photo
A comrade gives a final salute at a memorial service in 2009. The Army is investigating the death of a U.S. soldier who died Saturday while serving as part of NATO's peacekeeping force in Kosovo. (Stars and Stripes)

The Army is investigating the death of a U.S. soldier who died Saturday while serving as part of NATO’s peacekeeping force in Kosovo.

“The death is currently under investigation,” the Army said.

“Spc. Robert Jones was a remarkable Soldier,” Lt. Col. Jeffrey Searl, 709th Military Police Battalion commander, said in a statement. “He volunteered to serve his nation and we mourn his tragic loss.”

The Army did not provide any details about the circumstances surrounding Jones’ death.

Jones joined the Army in 2015 and has served with the 18th Military Police Brigade since April 2016, according to USAREUR. For his service in Kosovo, Jones was awarded the NATO Medal.

For nearly 20 years, U.S. forces, along with those from alliance and partner nations, have been deploying to Kosovo to serve in a long-running peacekeeping mission. U.S. troops, often drawn from National Guard and Reserve units, have regularly rotated to Kosovo since NATO’s 1999 bombing campaign that forced the withdrawal of Serbian troops.

In 2008, Kosovo declared independence from Serbia, but ethnic tensions in the region persist.