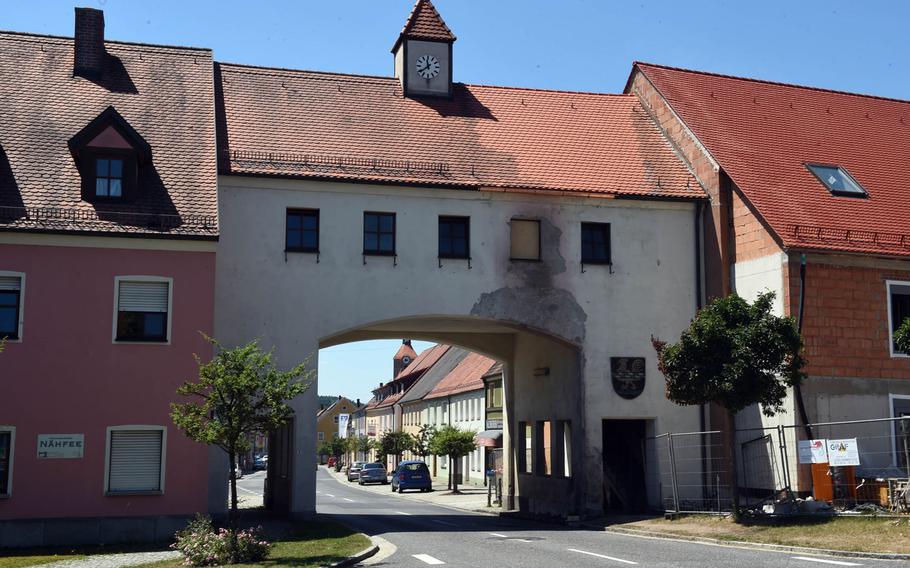 The city gate of Hahnbach, where Spc. Abinezer Gebeyehu crashed his car and died, May 27, 2019. (Martin Egnash/Stars and Stripes)

The city gate of Hahnbach, where Spc. Abinezer Gebeyehu crashed his car and died, May 27, 2019. (Martin Egnash/Stars and Stripes) 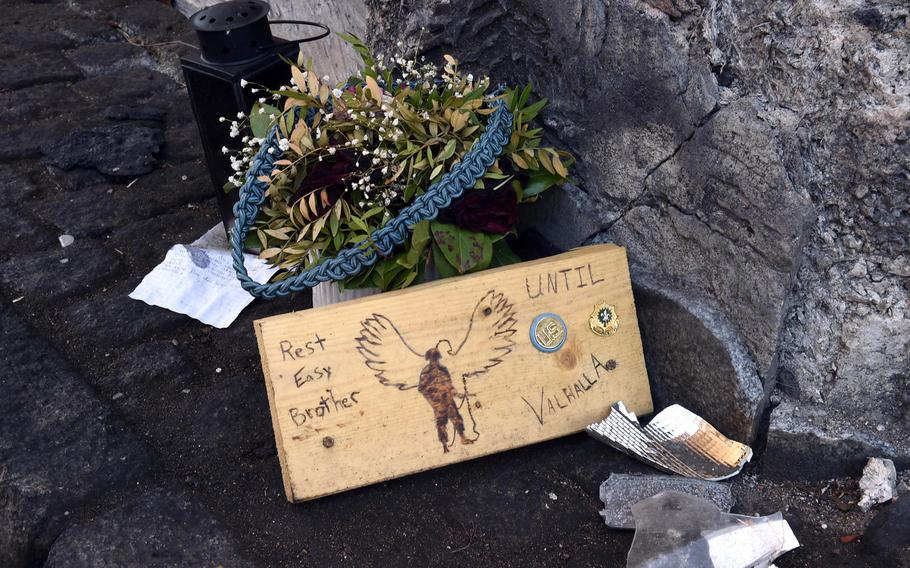 A small memorial left by soldiers at the city gate of Hahnbach, where Spc. Abinezer Gebeyehu crashed his car and died, May 27, 2019. (Martin Egnash/Stars and Stripes)

HAHNBACH, Germany — German authorities are still investigating the death of a U.S. servicemember whose car crashed into the Hahnbach city gate and erupted in flames on Memorial Day.

The Army identified the soldier on Tuesday as Spc. Abinezer Gebeyehu of the 3rd Squadron, 2nd Cavalry Regiment. He was stationed in Vilseck, about seven miles north of Hahnbach.

Gebeyehu apparently struck the gate at high speed around 11 p.m. on May 27 and died of his injuries after the car caught fire, police in Sulzbach-Rosenberg said.

Hahnbach mayor Bernhard Lindner said he had gone to the scene that night after he heard what happened. Everybody on the street came out of their houses because of the loud noise of the crash, he said.

Lindner said he assumed from the vehicle debris that the accident happened at high speed, he said. The city gate is located about 300 yards after the start of a 50 kph (31 mph) zone.

A news video by Oberpfalz TV showed a wheel and other parts from Gebeyehu’s car that had struck nearby parked vehicles. The fire also damaged the gatehouse, which later images showed with charred walls and holes in the tiled roof. The total cost of the damages was estimated at 300,000 euros ($342,000). The original gate dates back to medieval times but was demolished in 1975 and rebuilt in 1990.

On Monday, a piece of wood with an image of a soldier and an angel carved into it rested against a wall at the site of the crash, along with candles and flowers draped with a blue infantry cord.

“Rest easy brother. Until Valhalla,” read the inscription on the wood plaque, which had a 2nd Cavalry Regiment pin pressed into it.

Others posted messages calling Gebeyehu “an amazing friend” and “full of life and smiles” on an obituary page of a Seattle funeral home’s website.

A LinkedIn profile belonging to Gebeyehu says he enlisted in the Army in December 2015 and served as an infantryman. Information about Gebeyehu’s service record and decorations was not immediately available from the Army.