US soldier detained for running onto field during Korean baseball game 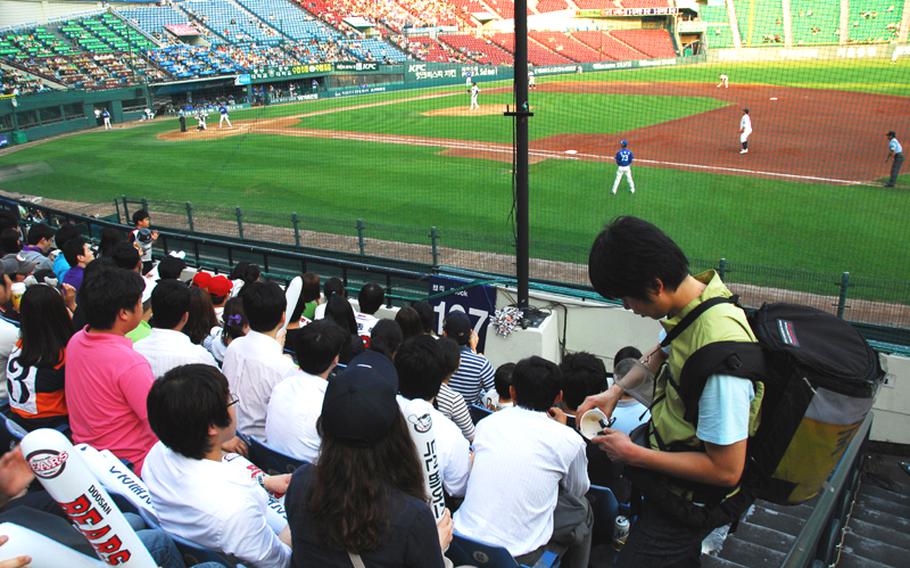 Buy Photo
In this file photo from 2010, a vendor sells beer at Seoul's Jamsil Stadium during a South Korean professional baseball game between the Doosan Bears and the Samsung Lions. (Ashley Rowland/Stars and Stripes)

SEOUL, South Korea — Police say a U.S. soldier was detained after rushing onto the field during a professional baseball game in Seoul in what they called a “heroic” attempt to impress his girlfriend.

The soldier, identified by South Korean police as a 30-year-old corporal, rushed onto the field of Jamsil Stadium around 7:30 p.m. Saturday during a nationally televised game between the Doosan Bears and Hanhwa Eagles.

Doosan security guards nabbed the soldier, who was attending the game with friends, as he ran toward second to first base. Officials suspended the game for about five minutes following the incident.

8th Army spokesman Col. Shawn Stroud said the soldier has been released to his unit and is being investigated by South Korean police. A Jamsil police officer said police could smell alcohol on his breath. His name was not released.

The soldier is expected to be charged with obstruction of work, which carries a penalty of up to five years in prison and a fine up to 15 million won (about $13,700). The officer said the soldier is unlikely to receive the stiffest punishment, and similar disturbances have resulted in fines or suspended sentences.