US soldier accused of sexually assaulting woman in South Korea 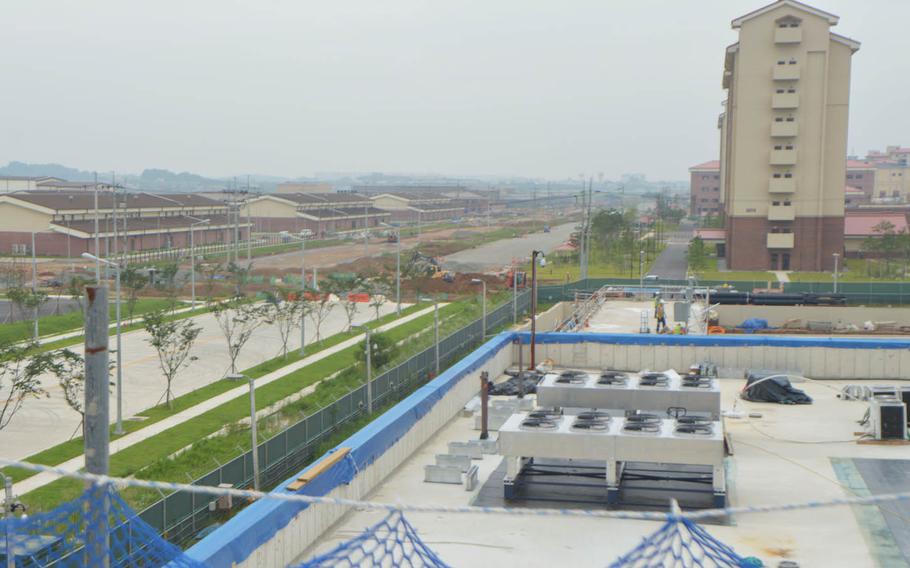 Buy Photo
A view from the roof of the future 2nd Infantry Division headquarters at Camp Humphreys on June 5, 2016. (Kim Gamel/Stars and Stripes)

SEOUL, South Korea — A U.S. soldier has been detained on suspicion of sexually assaulting a Korean-Canadian woman after a night out in South Korea, officials said Thursday.

The suspect, a 21-year-old Korean-American man stationed at a base in Pyongtaek, met the woman, 24, through a phone-chat app and went for a drink with her while on leave in Busan, according to two officials at the Busan Jungbu police station.

The accuser said the soldier took her to a guesthouse in the city and then raped her at about 4:30 a.m. on Feb. 18, according to police officials who spoke on condition of anonymity.

They said the soldier faced allegations of rape but had not been formally charged as of Thursday.

Police said the soldier, who was not otherwise identified, has denied the allegations and has been turned over to the U.S. military while the investigation continues, according to rules in the status of forces agreement between the two countries.

The military said the soldier was assigned to the 2nd Infantry Division and stationed at Camp Humphreys, south of Seoul.

The soldier “is currently being investigated by the Korean National Police and U.S. Army Crime Investigation Department for an alleged sexual assault on Feb. 18,” division spokesman Lt. Col. Chris Hyde said in an email.

“The details of this incident and surrounding circumstances are currently under investigation,” he added.

The U.S. has about 28,500 servicemembers stationed in South Korea, which remains technically at war with North Korea after the 1950-53 conflict between the two countries ended in an armistice instead of a peace treaty.