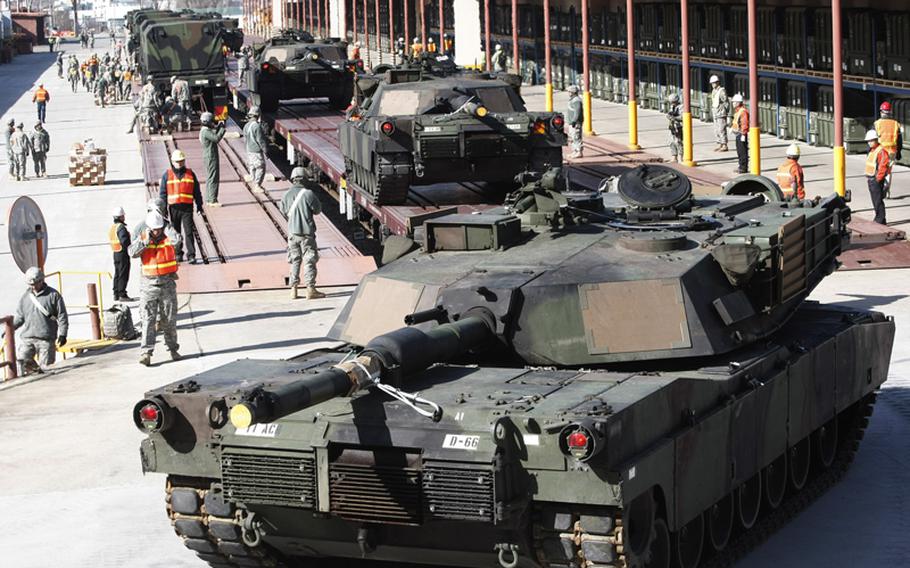 SEOUL &mdash; U.S. Forces Korea announced details Friday for its upcoming largest annual exercises, setting the stage for what could be the biggest test to date of whether North Korea will be as provocative under its new leader, Kim Jong Un.

For years, North Korean officials have threatened all forms of retaliation in the weeks leading up to the U.S. and South Korea&rsquo;s joint Key Resolve and Foal Eagle exercises, including the oft-used promise to turn Seoul into a &ldquo;sea of fire&rdquo; if the two countries go ahead with what the North considers the two countries&rsquo; rehearsals for an all-out attack.

Yet the exercises, which U.S. and South Korean officials insist are defensive in nature, go on without any significant response from North Korea.

A sampling of experts on North Korea say there is no reason to be concerned that Kim will use the occasion to send a message to the world about how the new regime will handle its adversaries to the south.

They say Kim will most likely use Key Resolve and Foal Eagle to solidify his standing inside North Korea by issuing the same kind of threatening rhetoric for which his father, Kim Jong Il, was famous, and by doing so, suggesting to his people that the government is protecting them from outside forces of evil.

&ldquo;I don&rsquo;t think North Korea will react differently this year because it will want to use this to reinforce its internal authority,&rdquo; said Baek Seung Ju, chief of the Center for Security and Strategy for the Korea Institute for Defense Analyses in Seoul.

Baek also believes since North Korea has expressed renewed interest in heading back to the bargaining table with the U.S. and South Korea &mdash; and the North is increasingly dependent on American food donations &mdash;&ldquo;It&rsquo;s unlikely North Korea does anything right now to make worse North-South relations, or provoke anything.&rdquo;

Yang Mu-jin, a professor at the University of North Korean Studies, agreed, saying, &ldquo;North Korea has to stabilize its internal system, and China has been advising the North against mounting any military actions.&rdquo;

USFK announced that the Key Resolve command post exercise will run from Feb. 27 to March 9 and will involve about 2,100 U.S. personnel, including about 800 coming from outside the Korean peninsula. Foal Eagle will run from March 1 to April 30, with approximately 11,000 U.S. forces, most of whom will travel to South Korea specifically for the exercise.

As many as 200,000 South Korean troops will reportedly participate in one or more aspects of the exercises.

USFK commander Gen. James Thurman said Key Resolve &ldquo;is an annual training event designed to ensure readiness to defend the Republic of Korea and sustain the capabilities that strengthen the ROK-U.S. Alliance. It is based on realistic scenarios, using various assumed threats.

&ldquo;The training enables us to train on our critical tasks and work through crisis management with a &lsquo;whole of government&rsquo; approach,&rdquo; he said.

The exercise &ldquo;spans ground, air, naval, marine, expeditionary and special operations,&rdquo; the USFK release said, and ensures the U.S. and South Korea &ldquo;are prepared to execute required tasks and missions to protect the Republic of Korea.&rdquo;

Thurman said one of the goals of the exercises is to prepare both countries for the 2015 transfer of operational control, when South Korea is scheduled to take the lead of the combined forces in the event of another war with the North.

South Korean military officials said the regime change in North Korea had no impact on plans for this year&rsquo;s Key Resolve and Foal Eagle, nor do they expect anything different from the North in connection with the exercises.

&ldquo;Nothing will be different this year,&rdquo; a South Joint Chiefs of Staff official said.