US showcases its new weaponry for 28 countries — including Russia 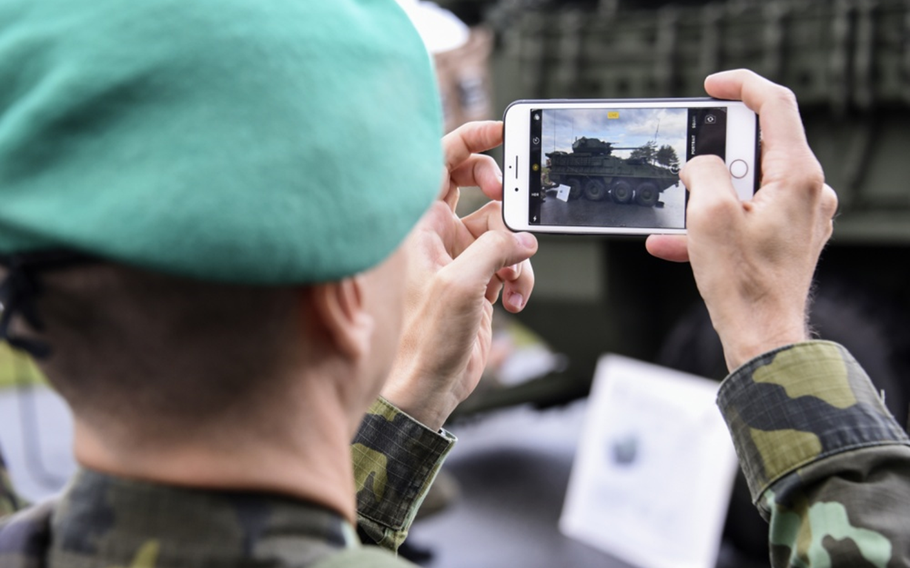 GRAFENWOEHR, Germany — The U.S. Army on Wednesday demonstrated its newest armaments to representatives of 28 nations, including Russia and Afghanistan, as part of its obligation under an international arms control treaty.

The Vienna Document requires the Army to host a visit to a military facility once every five years and demonstrate to participating states new weapons and equipment systems that have recently been deployed to Europe.

“This gives us the opportunity to showcase what the Army is doing and what our equipment is capable of,” said Kenneth Periman, chief of U.S. Army Europe’s Treaty Compliance Branch. “But most importantly, it’s to comply with the treaty.”

This year was the first time many of the nations were able to see the new M142 High Mobility Artillery Rocket System and witness a live-fire demonstration of the XM1296 Stryker Infantry Carrier Vehicle-Dragoon, both of which the U.S. Army recently fielded to units in Europe.

The 1990 Vienna Document is one of the principal confidence-building measures within the Organization for Security and Co-operation in Europe, according to the group. The accord mandates all member states to share information on their military forces, equipment and defense planning.

Much of the U.S. military equipment in Europe is part of Operation Atlantic Resolve, a NATO mission to deter Russia from taking any aggressive action against NATO members, which began after the annexation of the Crimean Peninsula from Ukraine in 2014.

However, Russian Col. Aleksey Belov said his country’s delegation was glad to be invited to look at the American military equipment and that working with the U.S. Army has been going well.

“If there are no politicians interfering with the working relations, the relations are very good,” Belov said.